Why Children Should Climb Trees 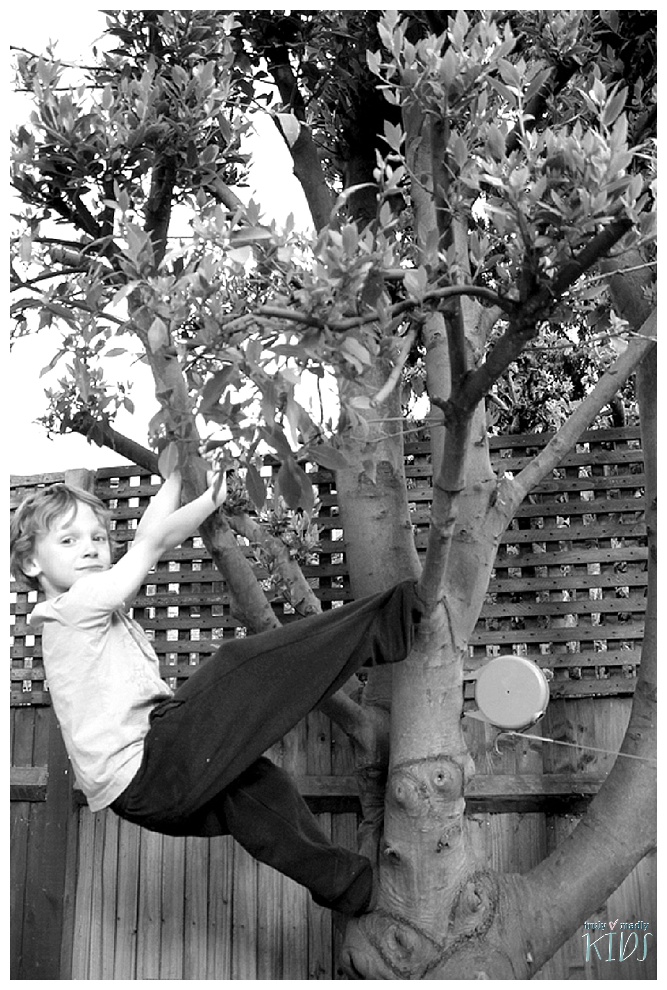 Recently, I was told whilst my child was climbing a tree that I was being irresponsible. In fact, I was endangering his life by letting him do so. I told my son to carry on climbing.

Why did I do this? I strongly believe that there is huge developmental potential to be gained from climbing a tree: To my mind, my son was learning to navigate and work out how to climb a tree – those cognitive skills were in being utilised in full force. Secondly, he was continually assessing his risk, so as not to fall and ‘endanger his life’. Every child needs to know how to assess risk – risk is a huge part of life in both childhood and adulthood, which appears in various guises. If we don’t know how to navigate and assess it, we really will come into all kinds of trouble.

A recent survey conducted by Opinion Matters for Mothercare concluded eight out of ten parents had never taken their children star gazing, crabbing or fishing. What was to blame? Homework, safety fears (ahem, see above!) and a lack of green spaces. Nearly half never go bike-riding as a family. Much safer to clog up the roads in a huge 4×4 where you can’t see young children at the rear as the back is so high.

I’m not alone in thinking that the lack of tree climbing and adventure is a problem as oppose to a health and safety risk. The National Trust released a survey saying that the decline in this generation playing outdoors is overwhelming. It revealed the rather horrifying statistics:

 Fewer than ten per cent of kids play in wild places; down from 50 per cent a generation ago
 The roaming radius for kids has declined by 90 per cent in one generation (thirty years)
 Three times as many children are taken to hospital each year after falling out of bed, as from falling out of trees
 A 2008 study showed that half of all kids had been stopped from climbing trees, 20 per cent had been banned from playing conkers or games of tag
(National Trust: March 2013)

We seem to have really lost our sense of adventure as a nation. Our kids are completely wrapped up in cotton wool and missing vital parts of their childhood. Will you join me and help get kids back to being able to connect with outdoors and the fun it can give? Tell us opinions below or over on FaceBook or twitter using the hashtag #naturalchildhood.