Where we live, Singapore 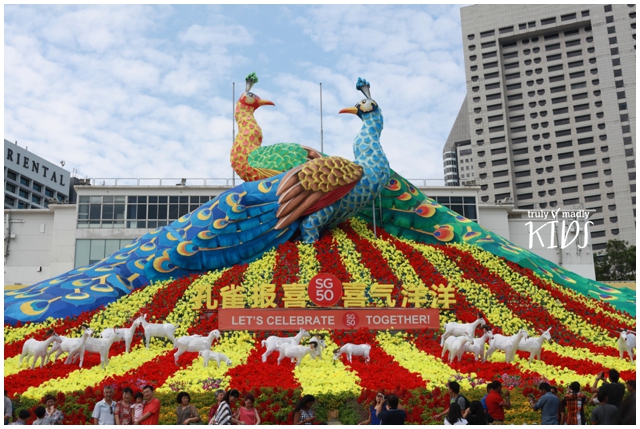 We’re kick starting off a mini series of posts about where we live. The TMK team are spread across the UK and now in Asia as I moved to Singapore 2 years ago.

Here’s a little bit about where I live and the place I now call home affectionately known as “The Little Red Dot”.

Singapore is a vibrant city filled with a true melting pot of cultures from across the world. Communities are made up of Singaporeans, Malay, Chinese, Thai, Indian, European to name a few and so many sub cultures it really does make life incredibly interesting. One of the main attractions of living here though is most definitely the climate. The tropical heat radiates through the lush green forests in this City in a Garden which is celebrating it’s 50th year of independence. Sadly, the founding father of Singapore, Mr Lee Kuan Yew, passed away recently leaving an incredible legacy behind which has made Singapore the city we enjoy today.

Home is an apartment on the West Coast towards an area called Jurong. Moving from a house it’s a different experience living on the 14th floor with views across the green open spaces and onsite facilities with a gym and pool. It’s certainly had a positive impact on our health with the whole family embracing the outdoors with running, swimming and cycling along the parkway connectors which link up the island and provide residents which a safe space away from traffic to enjoy daily exercise. It still amazes me at 6am how many people are out walking/running/cycling and all through the day the same story. Maybe that’s one of the secrets to their apparent long lives?

Travel is clean, fast, cheap and reliable. The MRT system is air conditioned and no food or drink is allowed anywhere so incredibly clean. Buses also enjoy the ac experience so between them it’s a good public transport infrastructure that importantly works. Taxi’s are plentiful except for when it rains when all the city’s inhabitants fight for a cab to get home. The novelty of being able to use a taxi app to book a cab, track it and get a sms when it’s about to arrive will never get old. I do miss driving but I don’t miss stressful morning commutes.

Food is such an important part of life here. People seem to be so attuned to cooking, eating and sharing. Everywhere in the local markets people sit together talking, laughing and eating, it’s incredibly sociable. It’s also a people watchers paradise as all of life can walk infront of your eyes from any cafe in the city. Markets are plentiful and full of fresh produce, spices, fruit, fish and always a nice surprise such as the Chinese uncle selling freshly grated coconut using an ancient machine sat on his little plastic blue stool. The city’s heartbeat is based around eating and shopping, infact locals joke that it’s Singapore’s two favourite past times.

Local phrases which you find you use without realising include “can” which means “yes” and “ok lah” which is used as “is that ok?” and “yes, got it”. You’ll hear Singlish (the Singapore version of English) used extensively intermingled with Chinese, Malay and Tamil and it just makes for very interesting exchanges. Especially in markets where the hustle and bustle with the added flamboyant language exchanges is simply wonderful.

Time here seems to stretch in one never ending summer. With very little difference between seasons – locals joke we have four; hot, hot, hot and hotter – it’s often hard to track your life. Back in the UK the seasons are clearly defined and you remember events based on what it was like, thinking back to first snowdrops or first crisp Autumn leaves falling but since it’s essentially tropical summer all year round there is this odd perception of time and I can understand having lived here for 2 years why people often feel they have only been here a few years when infact for some it’s in double digits.

As you explore the city, there is a real mix of architecture aswell as people. Old temples sit in the shadow of the Central Business District (CBD) towering skyscrapers, old shophouses are mixed in with newly built condo’s. Around every corner is a surprise waiting to be discovered. I think this is one of the most exciting things about learning more about where we live. There are now several heritage walking tours you can take which will give you glimpses into the past and guides are adept at explaining the differences in the areas you visit through architecture, food, industries and politics. Water taxi’s cross all day on the river alongside the  Clarke Quay and Boat Quay areas for further views of the city. Marina Bay Sands towers across the skyline with it’s “boat” shaped roof design featuring an infinity pool!

Singapore has long been a transit city, especially for those travelling onto Australia and New Zealand but it really is a place to spend a few days and explore. There really is something for everyone and I feel incredibly lucky to be able to experience life here. Below is my little homage in pictures. 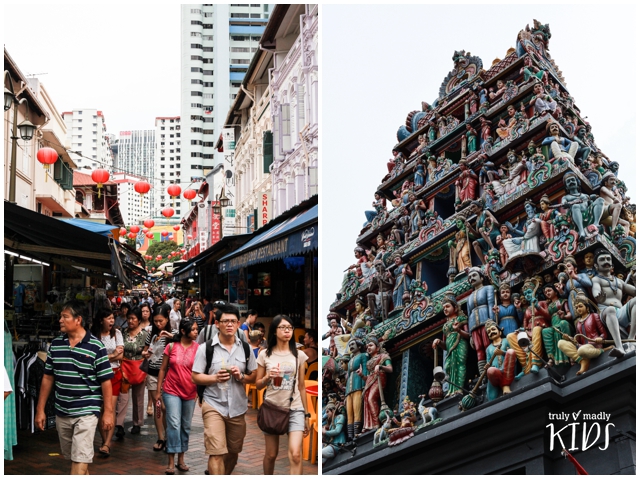