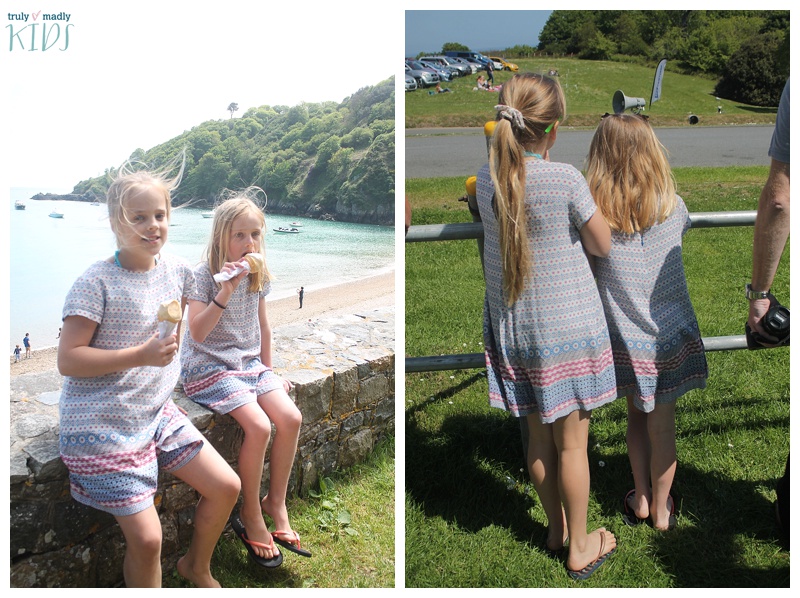 One of my favourite memories from my childhood, is my best friend Rebecca. I was certainly friends with her from early primary school and we stuck together all through primary. Even after primary, and attending different secondary schools we had a strong bond, and I vividly remember the joy of not only going to her 13th birthday disco, but being the chosen one to go to her house beforehand and sleep over afterwards. Eventually, different schools, friendship groups took its toll and to my disappointment, we drifted apart and are no longer in touch. But I still remember how Becky made me laugh, how we could just ‘be’ together and just how much I knew about her, her family and how there was no one else in the playground I wanted to play with.

Aged three, my daughter started a new nursery school. Although, a little daunting for her, as she knew no one there, we made it seem very exciting for her, and she swept in with enthusiasm and confidence and her trademark smile. This obviously worked, as very quickly, she found a little friend, called Clemmie. My daughter and Clemmie were joined at the HIP! The nursery teacher talked about how the two of them spent the entire session draped over one another: kissing, hugging and letting very few others in. It was love at first sight. One of my loveliest memories of this time is seeing Clemmie at the corner of the road, and her literally doing a little jig as she saw Caitlin on the opposite side!

Then disaster struck: Clemmie’s father got a new job … In Guernsey. They were leaving London! With very heavy hearts we bid them farewell. Of course, we kept in touch, there were a couple of snatched hours when they were over in London. The girls still remained close when they saw each other but it was few and far between. Of course, the two girls are millennial – the advent of FaceTime meant the girls could connect. And boy, did they connect – hours would be spent on FaceTime (thank goodness it’s free) whilst they showed each other new dances they’d made up, their bedrooms, pets, how they were dressing Barbie these days …

The bond was unbreakable, whatever age they were, they just seemed to be peas in a pod. Therefore, after four years apart, we decided to go and see Clemmie and her family in Guernsey. Of course, we worried, after all these years would they actually have anything to say to one another in real life? Would they even like each other? Of course they would. As we rolled off the ferry to see them, Caitlin jumped out of the car to see Clemmie, they then hugged like long lost sisters. Luckily I was in the car, with my sunglasses on so no one need see I was sobbing like a baby. 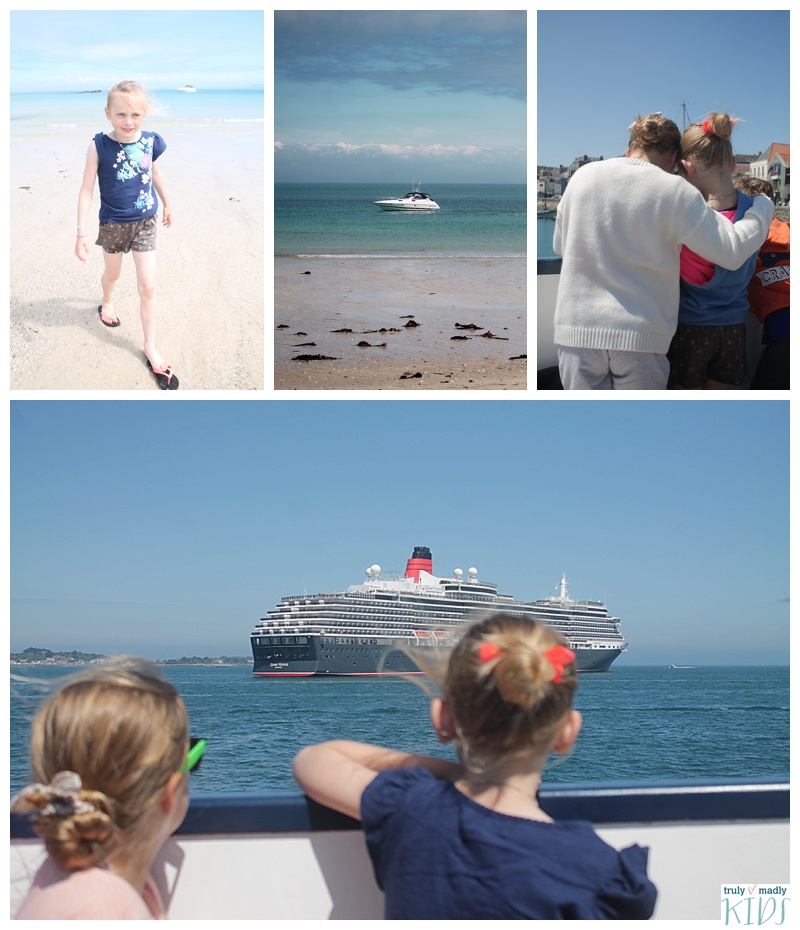 The girls’ relationship hadn’t changed one bit. They stuck to each other like glue all weekend. Our trip to Herm Island saw the two them with matching hairstyles and bags full of goodness-knows-what (but they both needed a bag). We walked to the stunning beach where they both flipped and twirled around it, as do you know what? That’s what they both like to do. Even in the legendary Herm Island Gift shop (seriously, this place has to be seen to be believed – it’s every child’s dream), they picked out the same things, they even shared a bag of sweets (when do kids ever do that?!). On the way home, there was secretive whispering on the ferry, about what they planned for that night. 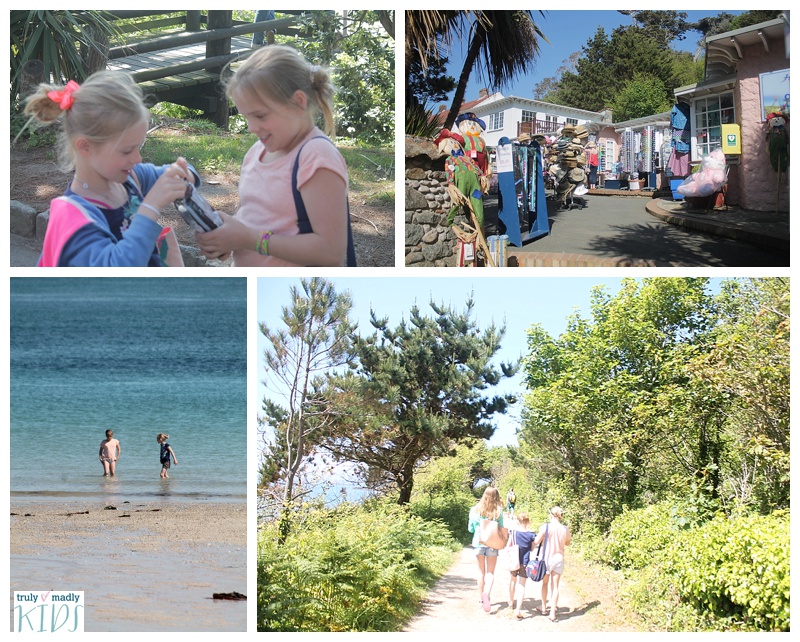 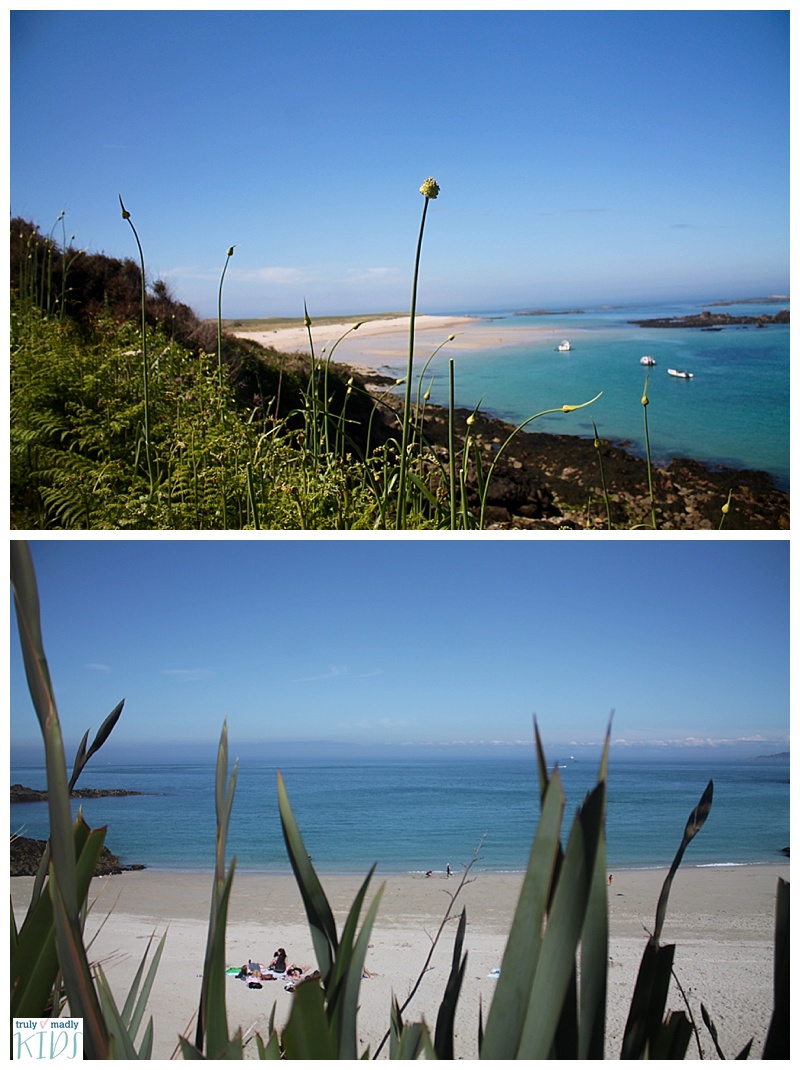 The weekend, was punctuated with them performing dance routines, making pop videos with videostar, running like loons in the garden and just being together. On the final day, we walked to Fermain Bay. The girls had discovered they had identical playsuits and they just *had* to be in the same outfit. The two walked down the coastal path hand in hand, arm in arm. Where one was, the other just behind. Our beautiful weekend in stunning Guernsey had come to a close too quickly. After more longing hugs, the two bid farewell. Were they still Best Friends Forever? Yes, definitely. 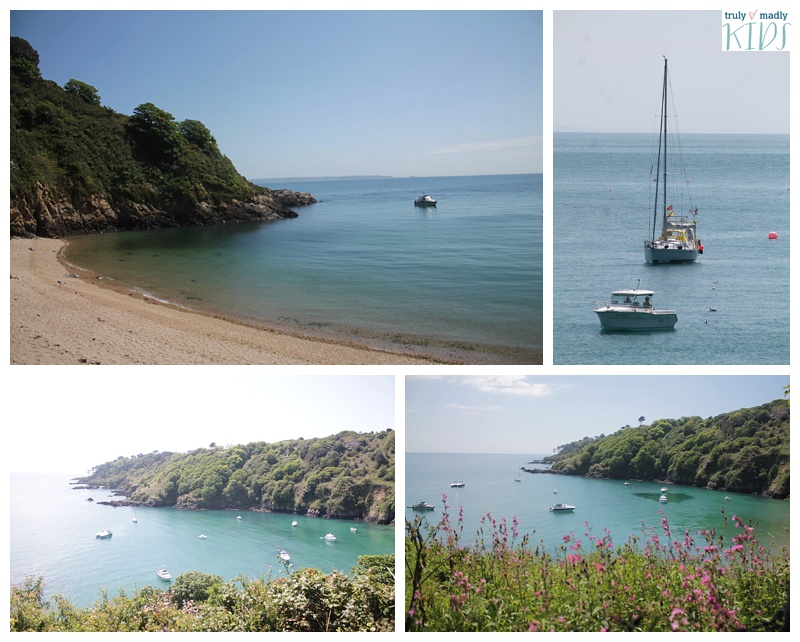 I really hope the girls continue to have such a magical relationship: I can see them being each other’s bridesmaids, sharing their first flat together … the bond of child friendship is innocent, sweet, intense but immensely special, and I really think the strength of this relationship has shown the girls how important friendship is, as Caitlin says, ‘Clemmie just makes me smile …’.

We travelled to Guernsey on Condor Ferries and visited Herm Island and Fermain bay. We have not been endorsed to write this post, but it’s so beautiful, I wanted to share with you where we visited!