The Big Feastival: Festivalling in one day 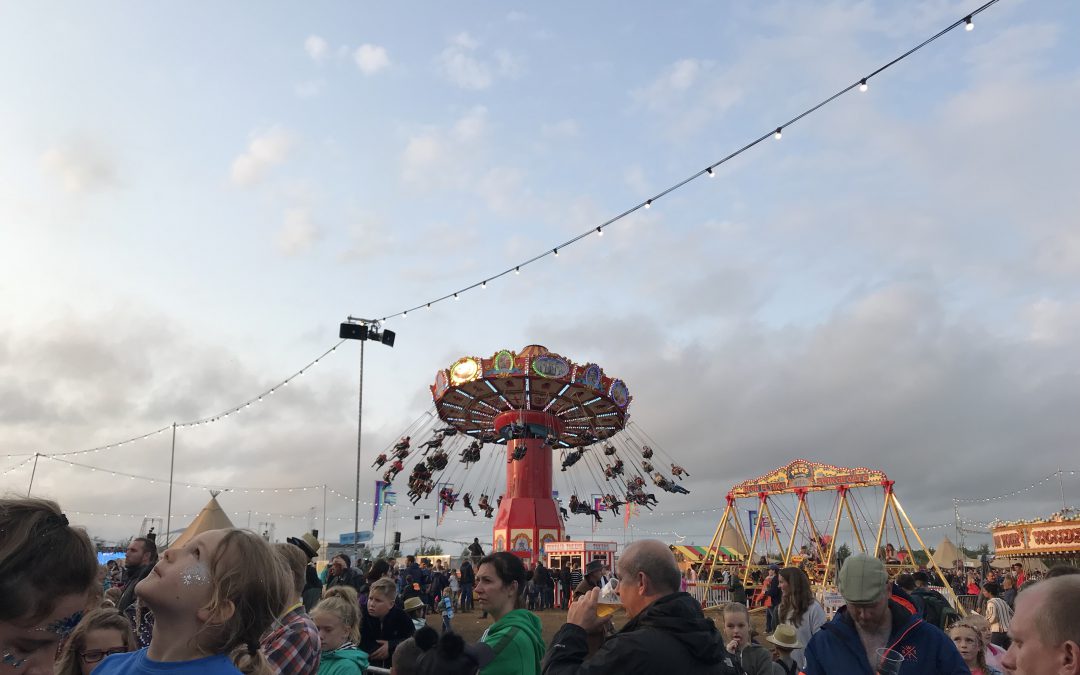 We love a festival: The whole shebang of camping, dancing to live music, plastering glitter everywhere, eating delicious food and generally living up in a field for a few days ranks as one of our favourite things to do. Having attending Wychwood for three years in a row, we decided this year to stretch our festival wings, and when the good folk over at Feastival asked us if we’d like to come along for the day on Sunday, we thought actually, yes, we really would.

However, this presented a new way of festivalling, as day guests, there would be no camping. Surely camping is an integral part to the festival experience? 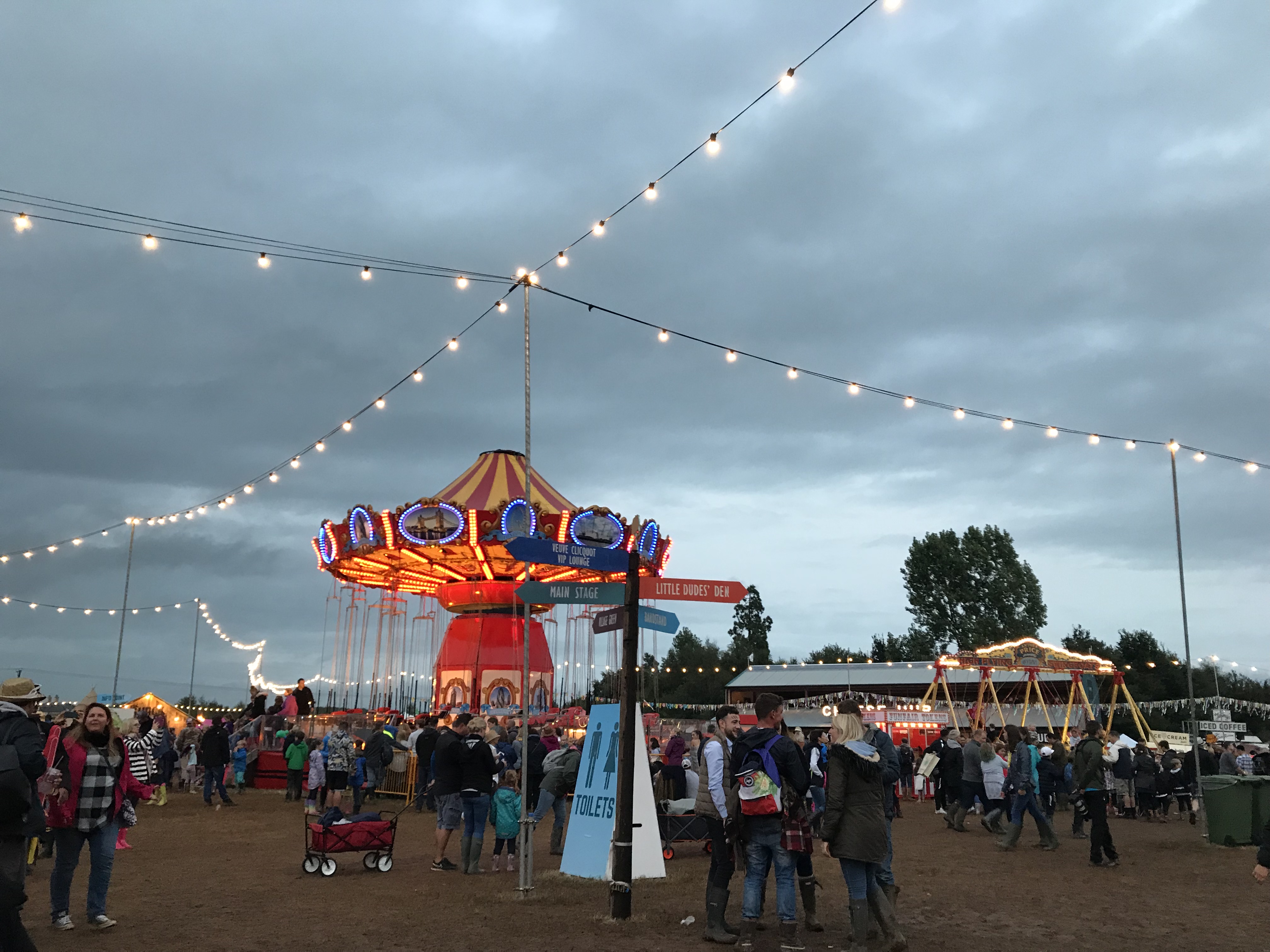 After a blistering summer, guess what? The bank holiday greeted us with rain. Typical. As the rain pelted onto our windscreen as we drove up the M40, to Kingham. The festival is set on Alex James’ cheese farm – essentially he’s put on a festival to celebrate food and music in his back garden. 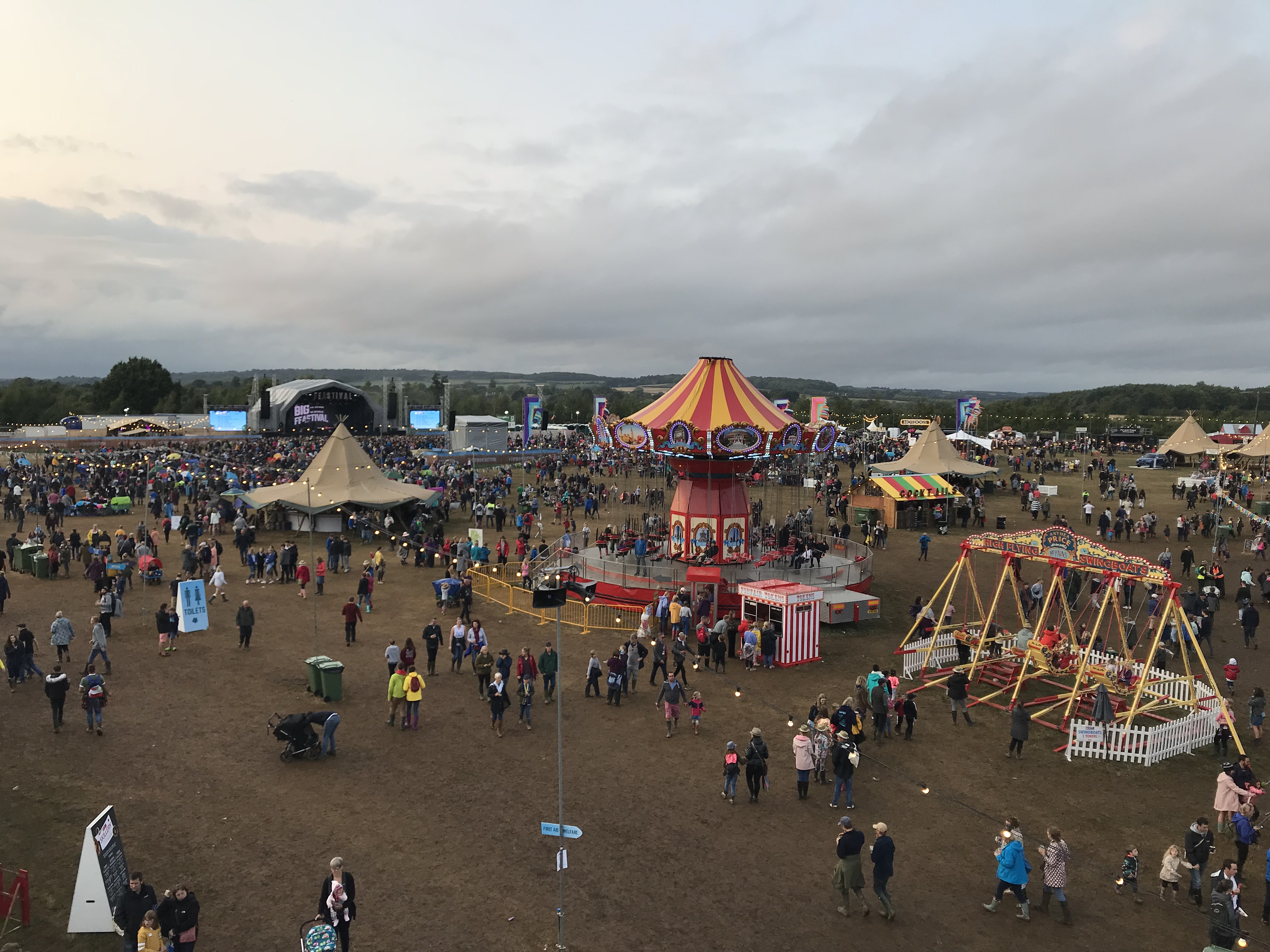 We arrived to a very muddy carpark, but wellies and waterproofs donned, it was an easy and quick walk into the festival itself, when lo! And behold! The rain eased, and then … stopped!   I’m not going to lie, parts of the festival were very muddy – especially to the loos and into the festival, but there were always walkways for wheelchairs, pushchairs and the ubiquitous festival trolleys, so as long as you were wearing suitable footwear, the mud wasn’t a problem. Heck, wellies and hot pants are uniform at a festival!   Anyway, onto the detail:

Well, Alex James is a cheese farmer and it is called FEASTival, so yes there’s lots of food. In particular, cheese! I spotted cheese toasties, a cheese bar and of course, the infamous Cheese Hub – a double storey bar where Mr James himself can often be found DJing. Head there for a boogie with your cheese plate.

But there are plenty of other options. In our day there, we ate crispy squid, gyoza, buttermilk chicken, loaded fries with mushrooms and stilton (whoops, in slips the cheese again), pulled pork burgers and churros (festival staple as much as glitter is!). I also spotted sushi, disco fries, Thai, burgers, stone cooked pizzas, mac n cheese and a whole load more. There were vegan, GF and pescatarian options. Everyone will find something delicious to chow down on. Don’t expect it to be cheap as the proverbial chips, you’re at festival, but expect it to be absolutely delicious. 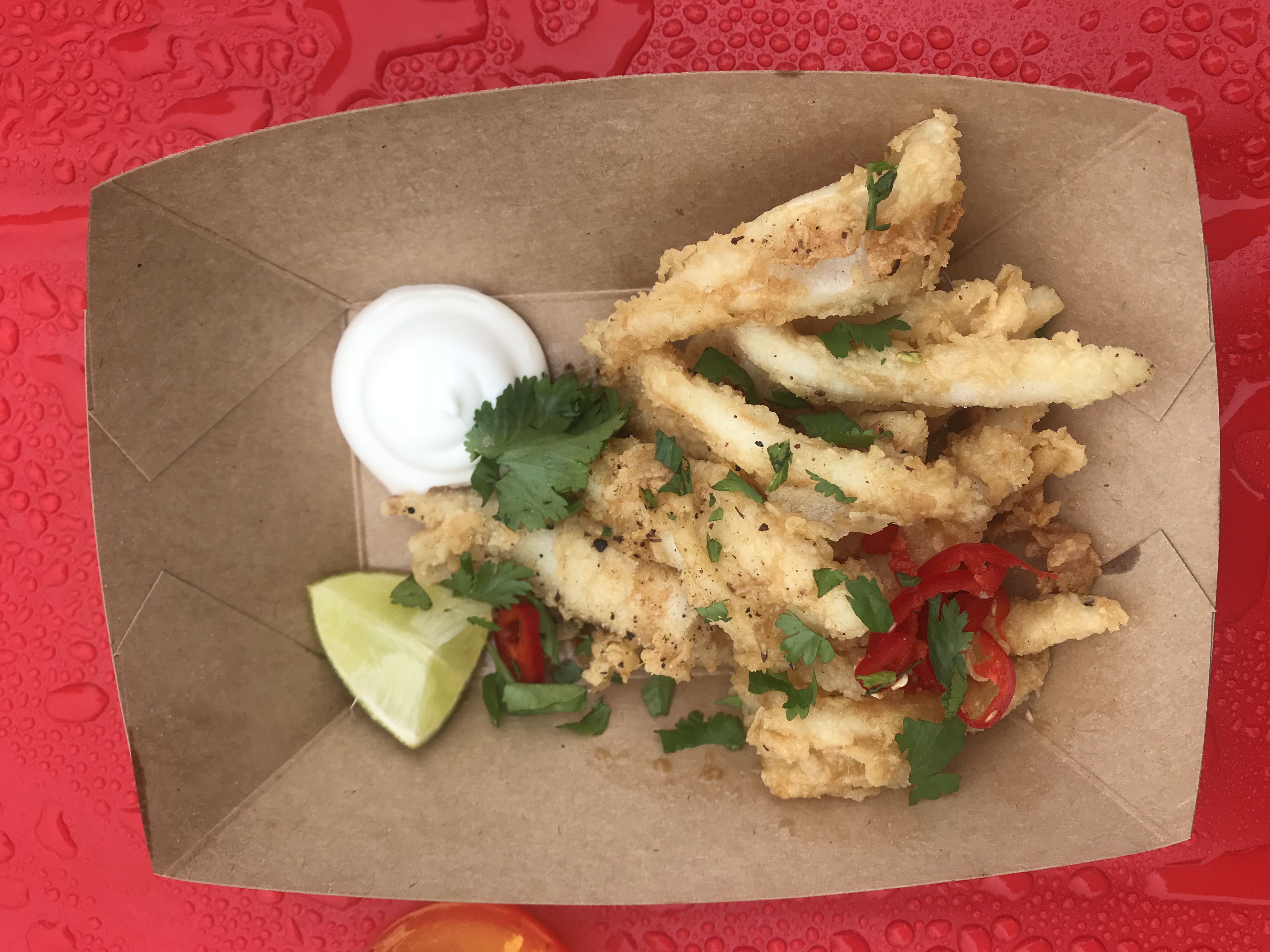 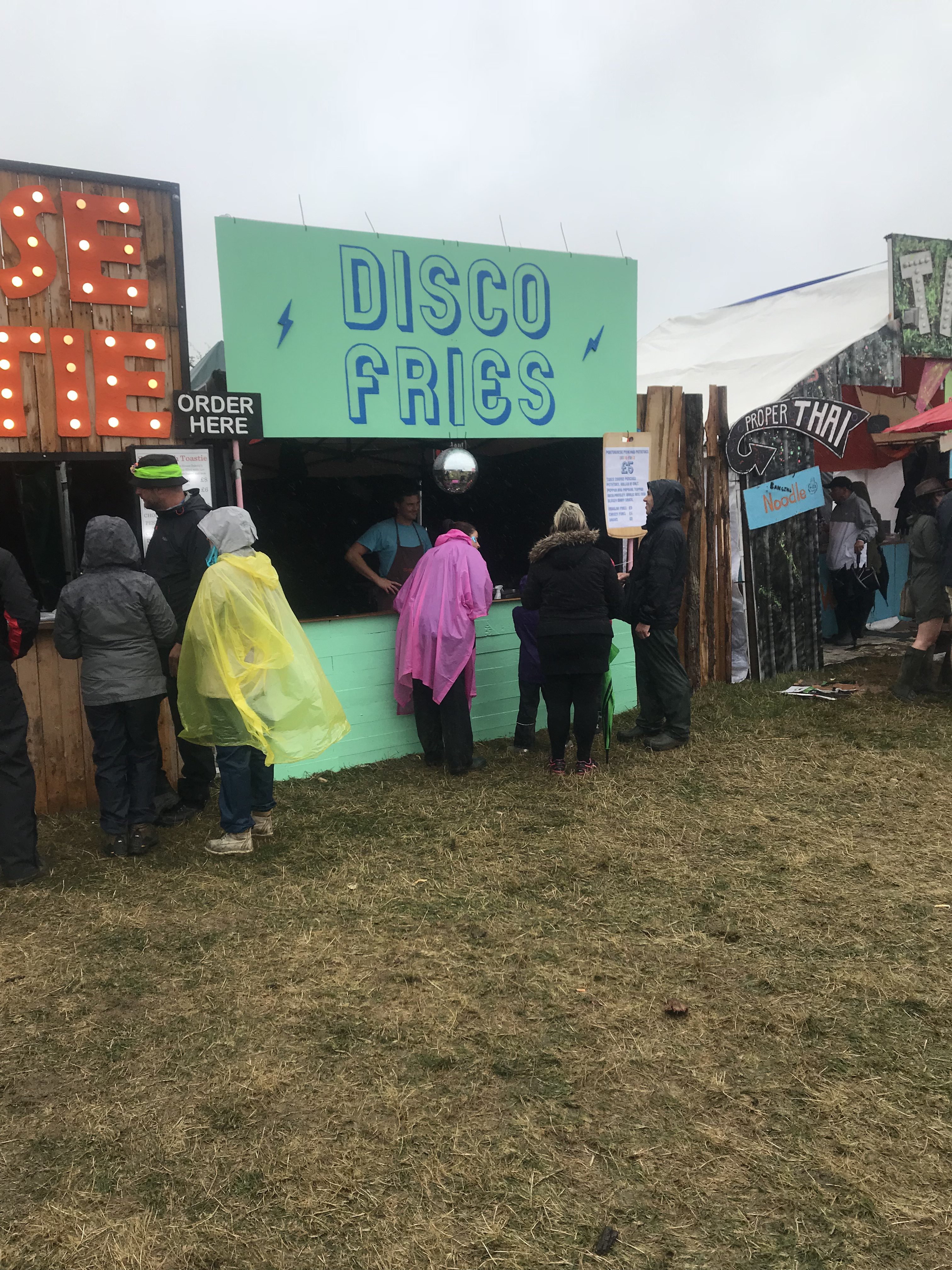 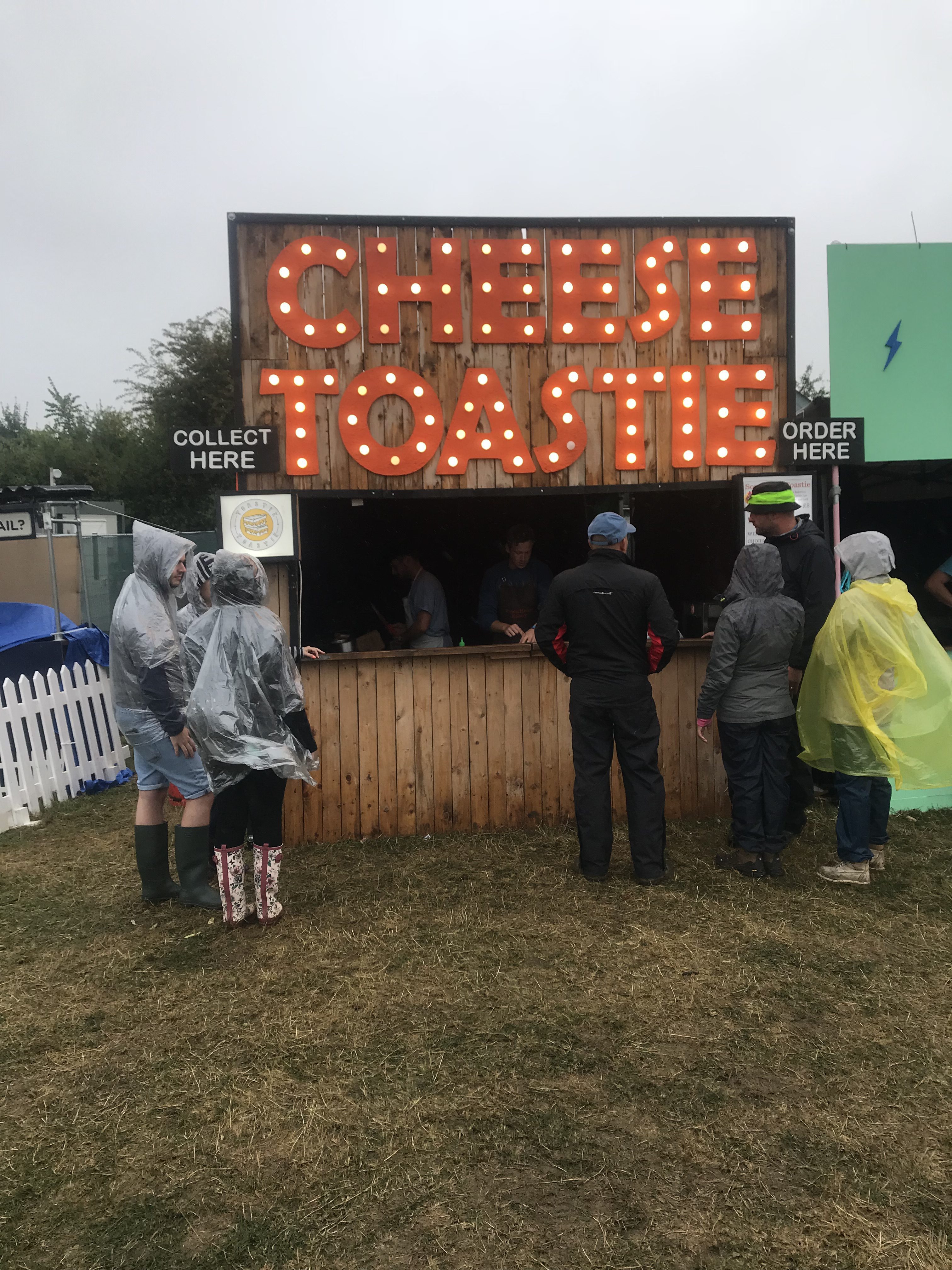 The headliners aren’t all musicians either. Both Raymond Le Blanc and Marco Pierre White headlined the NEFF kitchen tent. We didn’t get over there, but we did see the kid version with a demonstration going on and it looked great fun, my kids would have happily joined in. 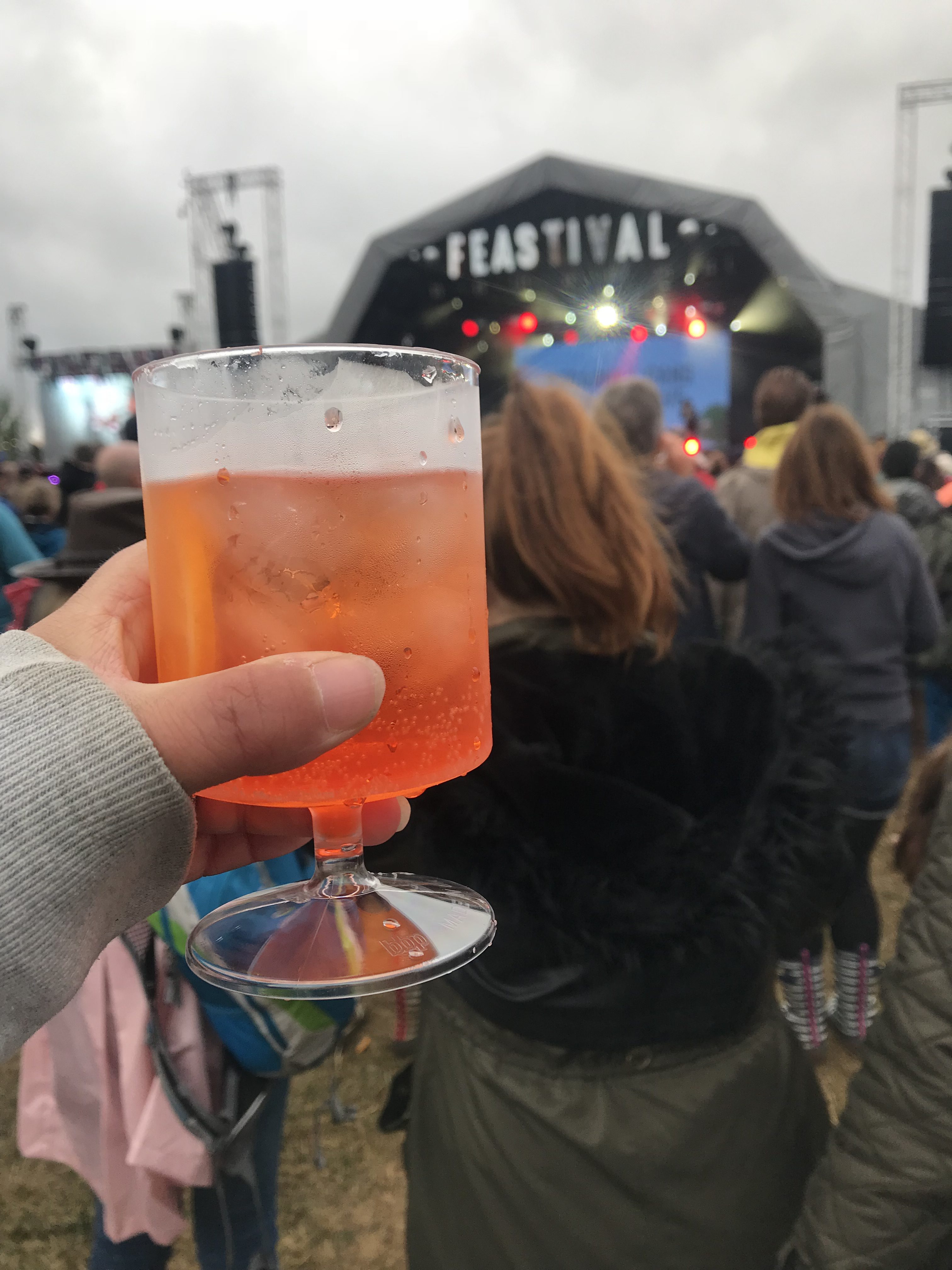 Of course, you’ve got a musician holding a festival, music is not only going to be picked carefully, it’s probably going to be pretty stellar. It really was. On the Sunday, our ears and eyes were delighted by the piano-playing beauty that is Tom Odell (many audience members relayed their affection for him during the set), the energetic, party-starters Sugar Hill and The Furious Five. Days on and I’m still rapping “Don’t push me, ’cause I’m close to the edge / I’m trying not to lose my head’, much to my children’s delight. 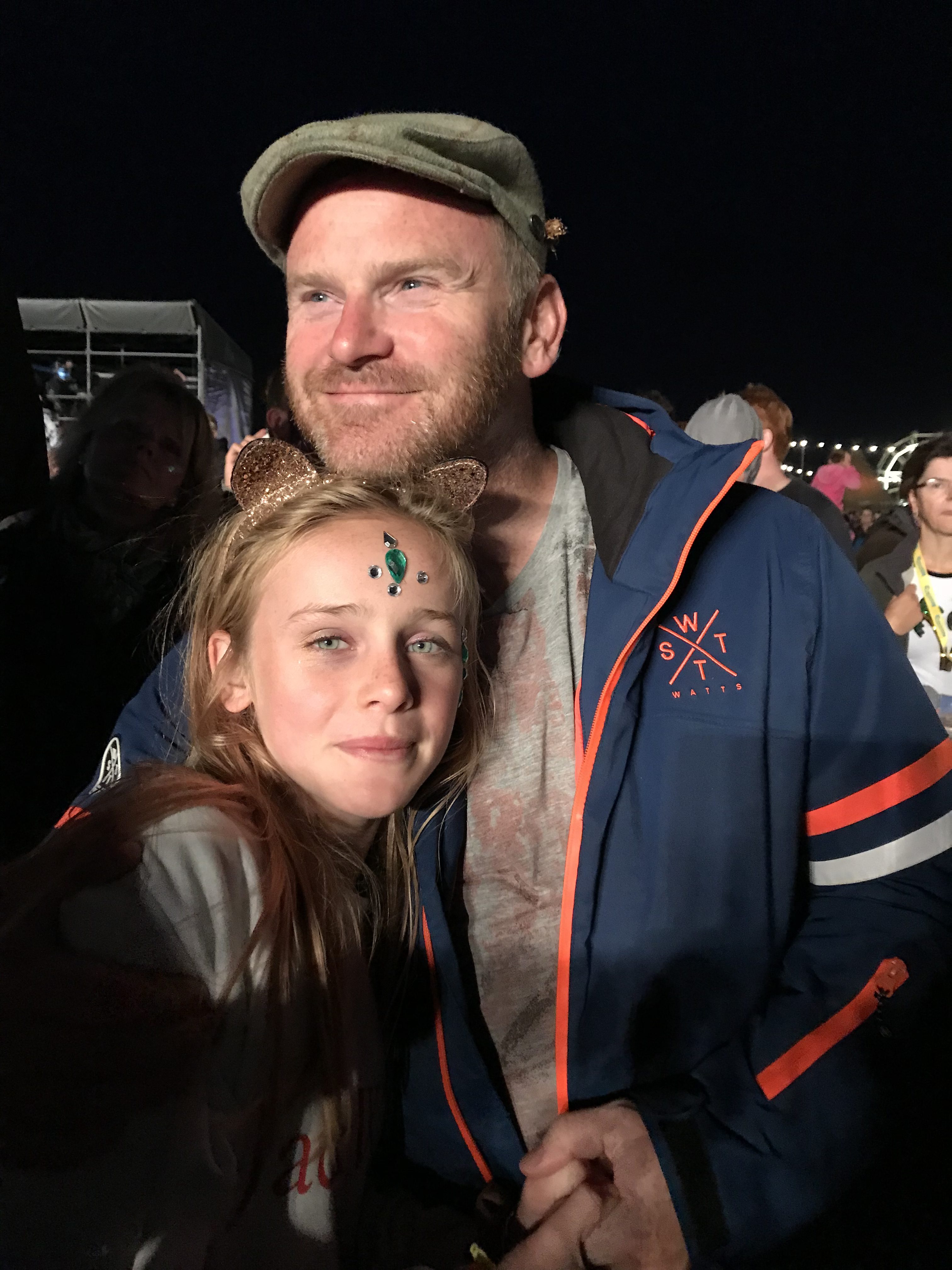 Next on the bill was James Arthur. I have to say, I wasn’t that bothered about seeing him, and in the words of my son, ‘his songs are just quite boring’. I am really sorry, James, I take it all back (as does my son). He is clearly a very passionate musician, who gives his performance his all. Turns out I know a lot of his songs, and in fact they are particularly great to dance to. Especially ‘Sun comes up’. (Sorry to the person behind me at this point, my hands were firmly in the air. Luckily, I am quite short). 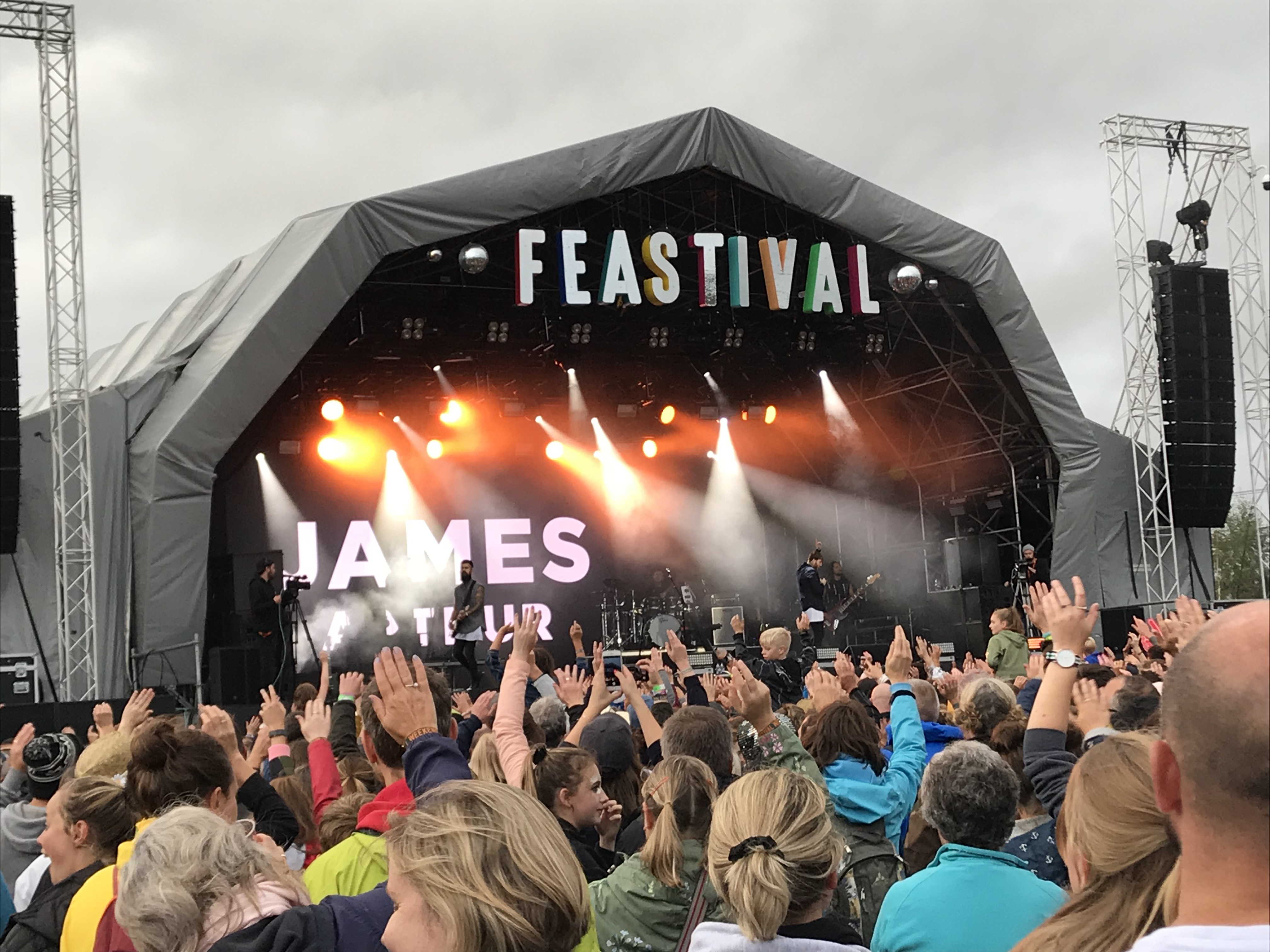 Last up, closing the festival, was the magnificent Paloma Faith. I know you shouldn’t have favourites, but she was definitely my Big Feastival highlight. Not only does she belt out a string of fabulous hits (Won’t you sing me your sweet lullaby?), she also manages to belt out some pretty inspiring speeches between songs. During her set she covered feminism, body confidence and her campaign to begin an epidemic of kindness. I plan to blog about her separately, so watch out for the post. 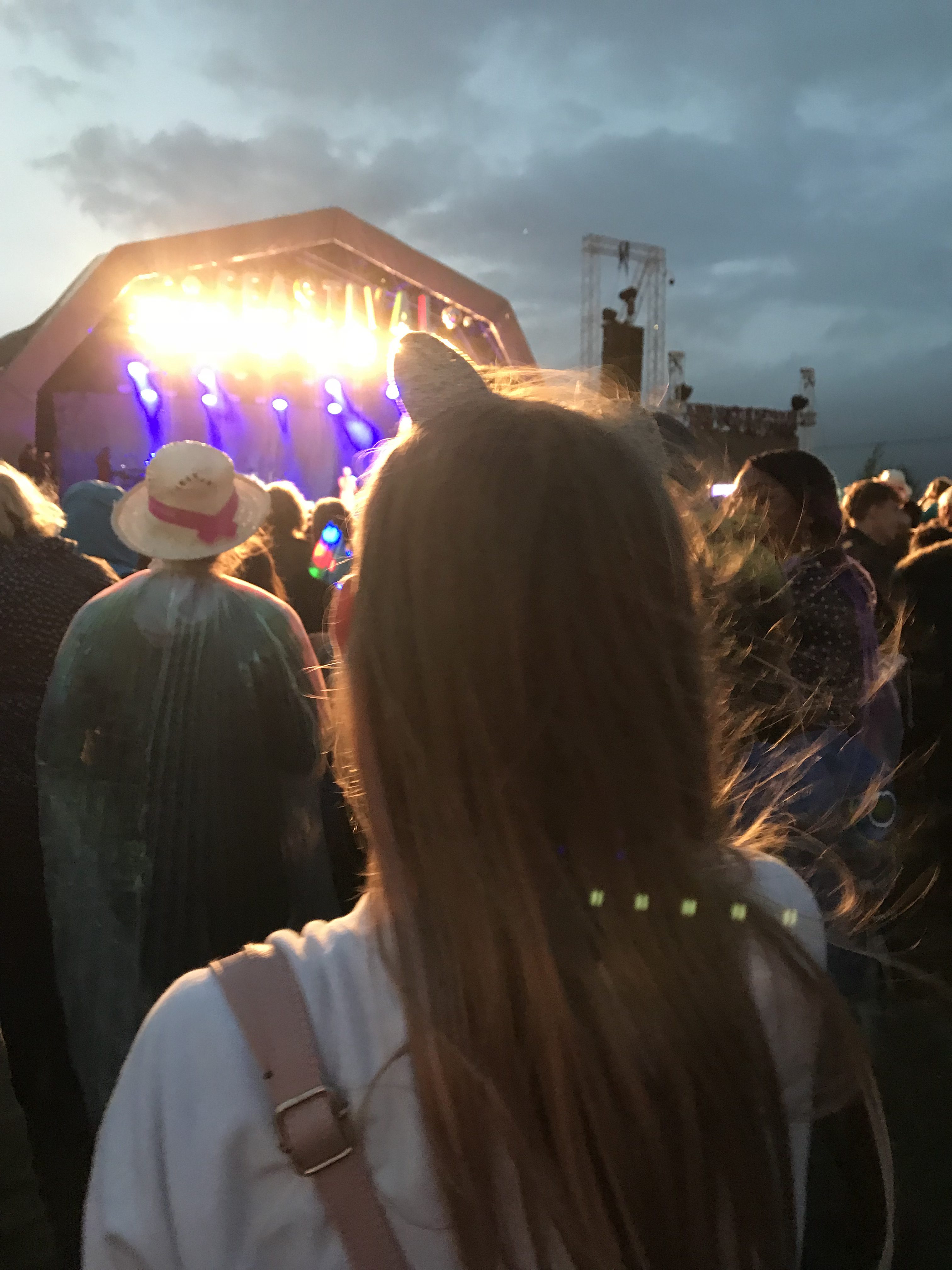 We ventured into the stripey Udder stage, where there was more music. These artists were maybe less well known than their main stage counterparts, but I felt this was the place to find new musical gems – one of the best bits of festival-going. Sadly, we didn’t have enough time to hang out here.  There was also some great acoustic acts over in the band stand, which were great for a bit of al fresco dancing.

We were going on Day 3 of a festival, the site had been open since Thursday. My hopes for the loos were not great. Thankfully, my perceptions were completely wrong – the portaloos were functionally clean (It’s not a stately home, after all) WITH loo paper, and there was even soap at the sinks! As far as festival loos go, these were 5 star.

Sadly, so much. The festival is huge. From the moment you walk in, there are million things you want to do, see, taste, hear, try out … from farm animals in one corner, to round tables with renown chefs in the other, it’s all going on.   We didn’t have time to go into Little Dude’s field. There just wasn’t enough time to do this AND catch the acts we wanted to see (what can I say? My kids are musos!) However, they would have loved the circus school and craft tents. Others report this was a fantastic area.

If nothing is taking your fancy (unlikely, but you never know), the pop-up bars provide lots of fun. The Moretti Beer bar had table football, another had boules. There was also DJs playing in some of these, for a smaller dance arena than the main stage. 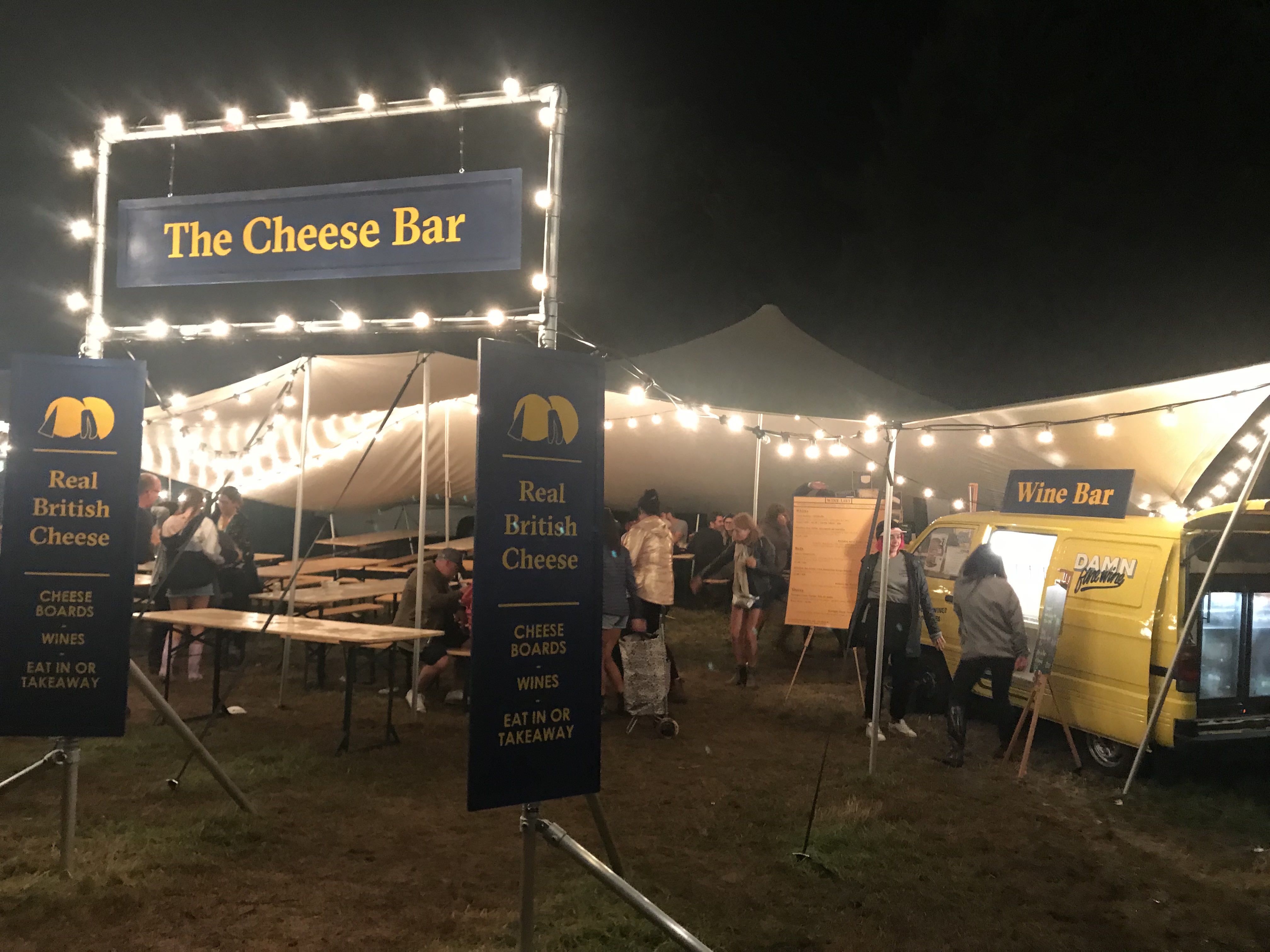 This festival is huge, brimming with activity BUT somehow it remains with an intimate feel. We were only there for a matter of hours, yet we instantly felt part of it, and quickly slipped into the festival mode (silly grins slapped to our face, whilst continually jigging around). It was easy to dip in and out, and get a real feel for what the Feastival was all about, we got a small piece of it, and we loved it.   Was a day enough? Absolutely. Would we like go back next year and camp for the entirety? OH YES!! 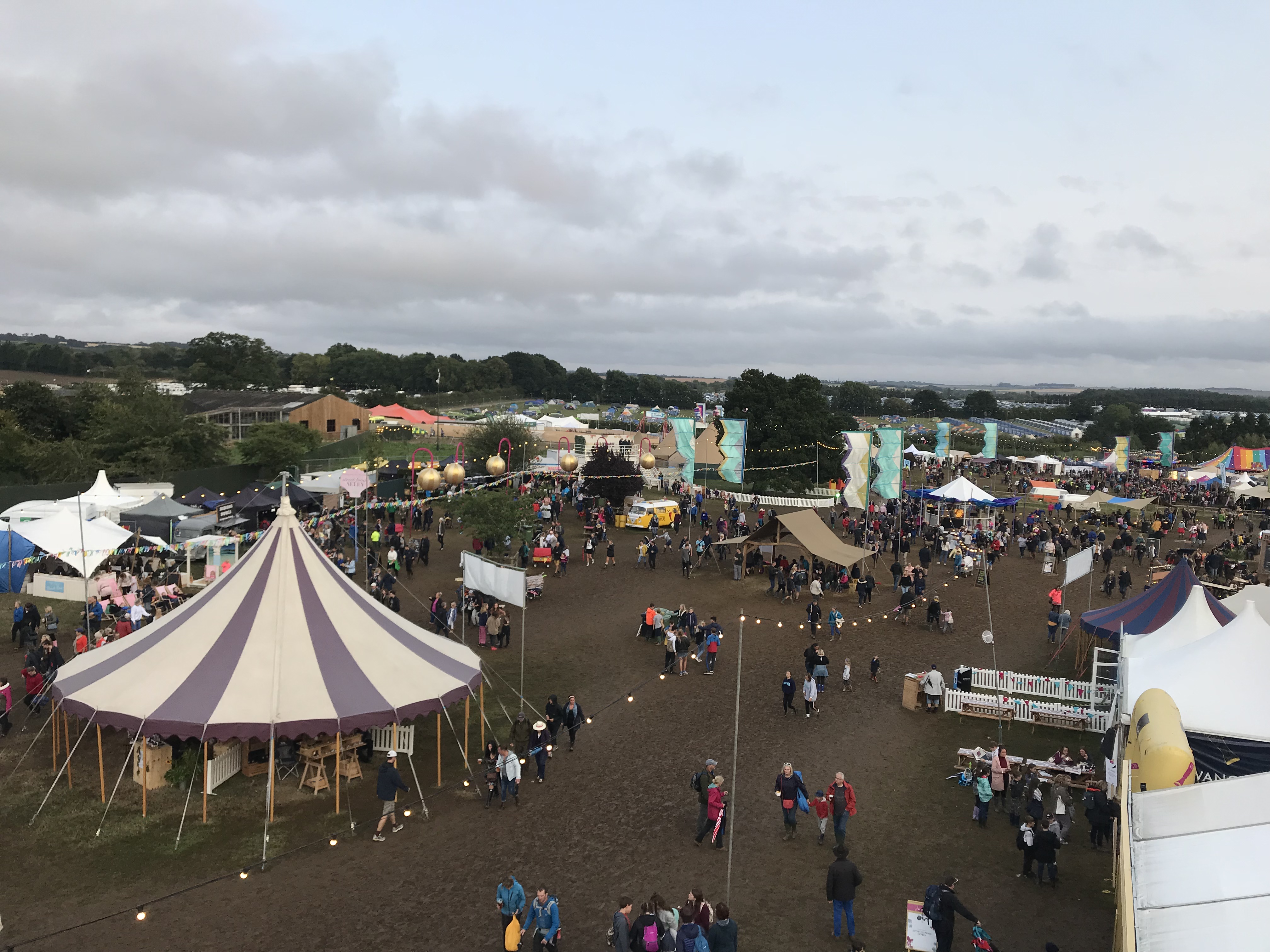 Early Bird Tickets are on now on sale: Head over the The Big Feastival‘s website for more information.

Watch our Vlog of our day: 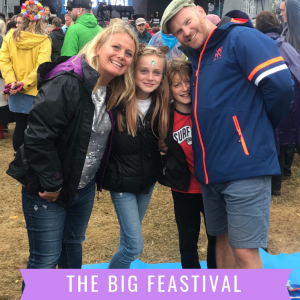