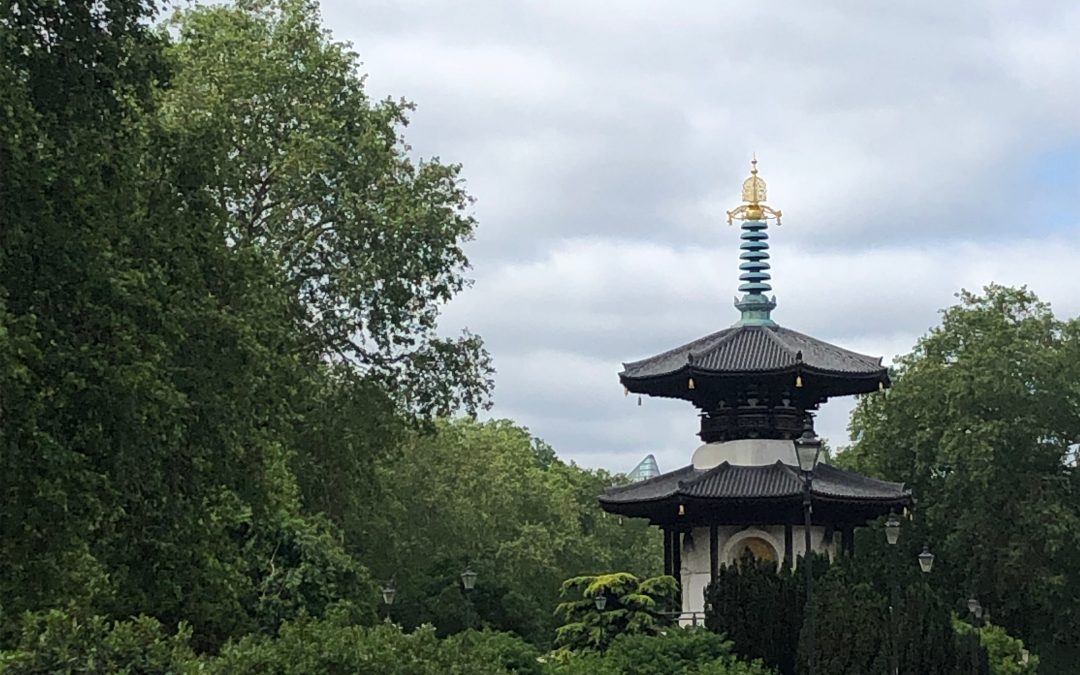 One huge advantage of lockdown has been rediscovering all the local gems in our local area, and having a dog who needs a daily walk, it’s been great to rediscover some of the beautiful parks in South London.

A recent trip to Battersea Park, I rediscovered the beautiful Peace Pagoda, which has a rather enviable location with a view over the River Thames. 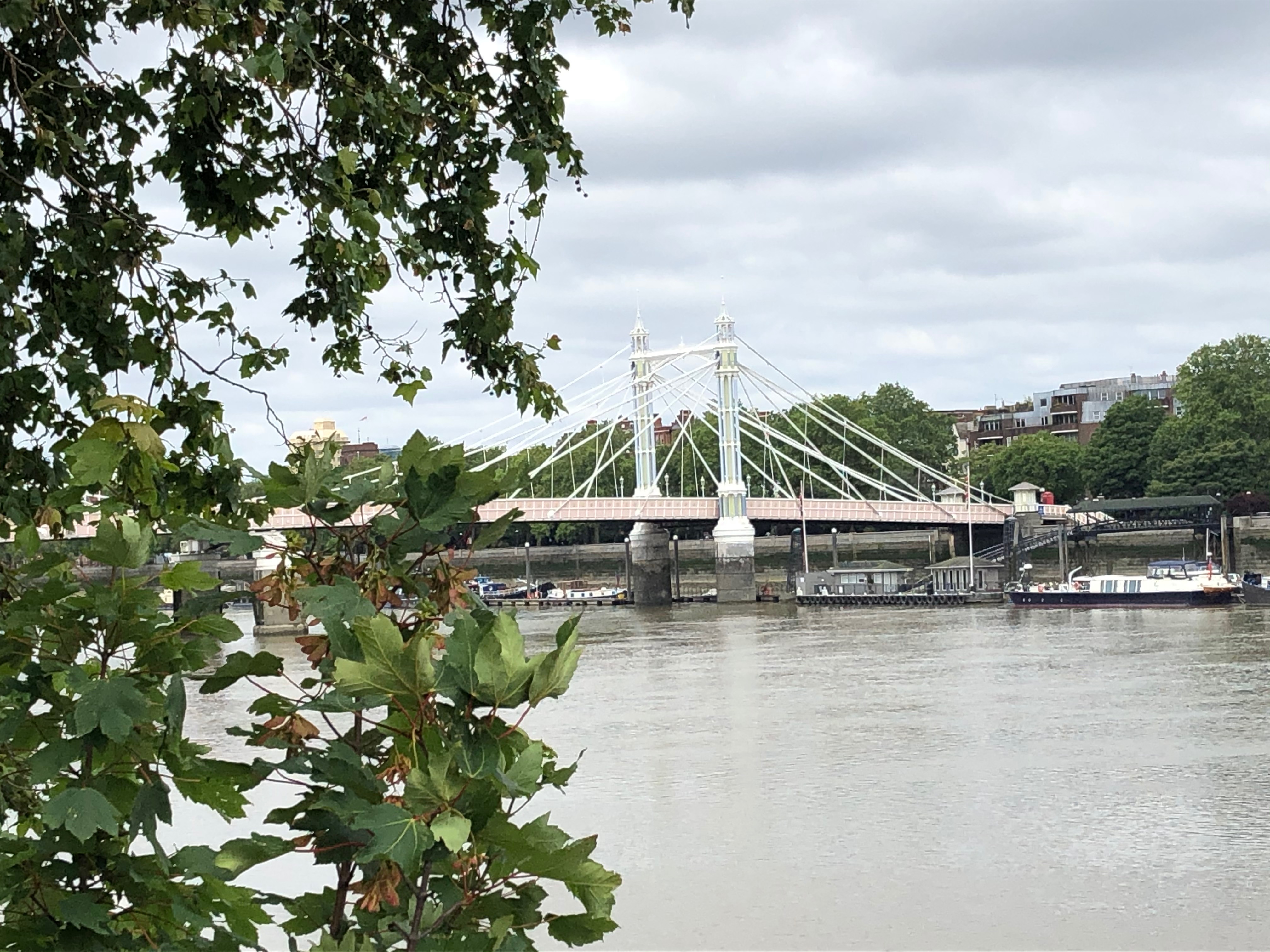 The Pagoda was erected in 1985 as part of a series of pagodas around the world to spread worldwide peace and harmony, built by a religious organisation called Nipponzan Myohoj. The founder,The Most Venerable Nichidatsu Fujii met with Mahatma Gandhi in 1933 and was inspired to create a peaceful movement. The ideology was to oppose the growing threat of nuclear weapons during conflict, particularly the Cold War.

The pagoda has four bronze installations, each depicting a part of Buddha’s life: Birth, contemplation leading to enlightenment, teaching and death. 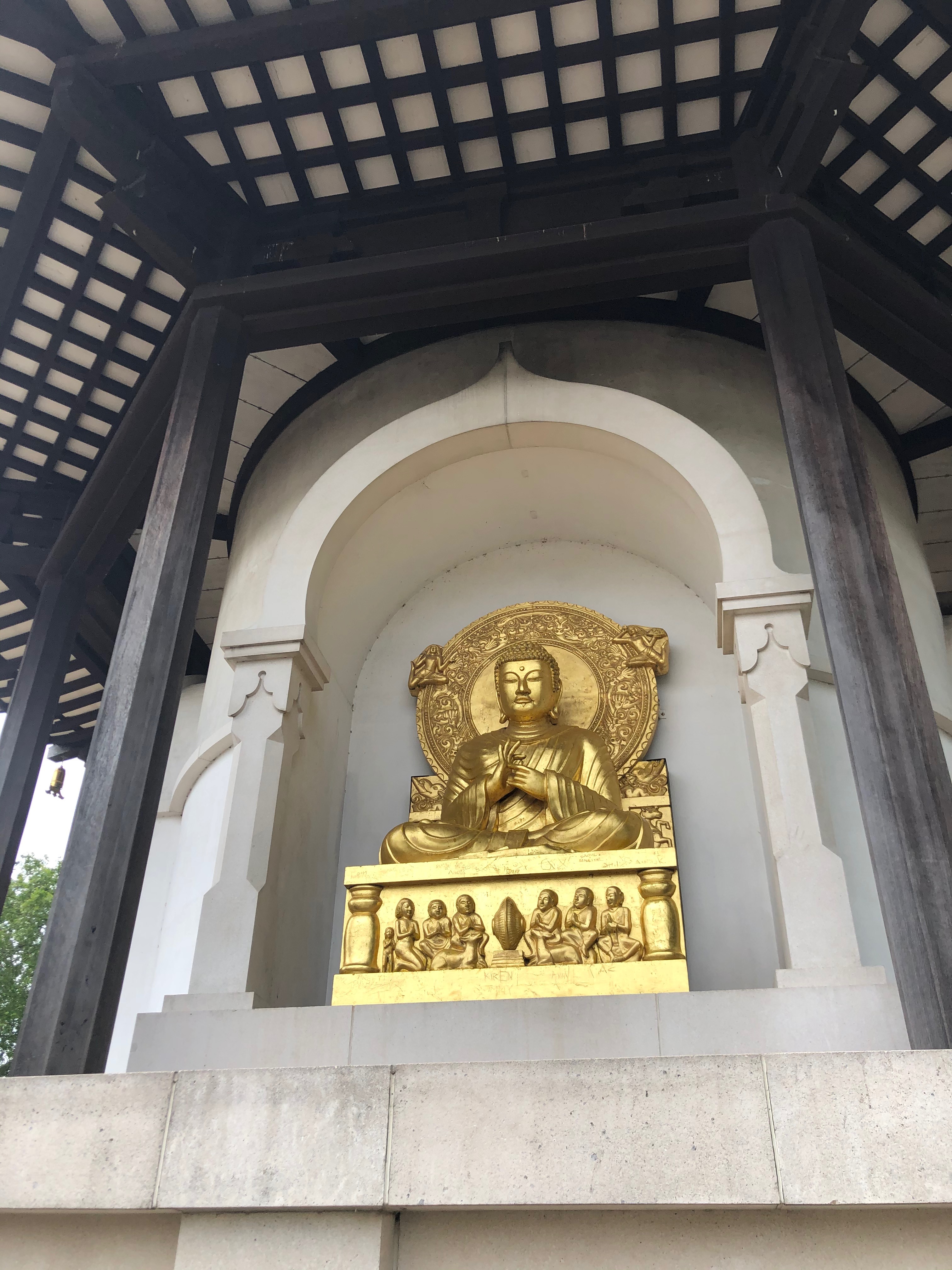 Although the pagoda is in the care of Wandsworth Council, there is still a monk who travels to the site every day to take care of it.

There are events that run throughout the year, but the most prominent are one in June (maybe not this year) where Buddhists meet to pray for peace, and another in August, the anniversary of the Nagasaki bomb, to commemorate all victims of war with a floating lantern ceremony. 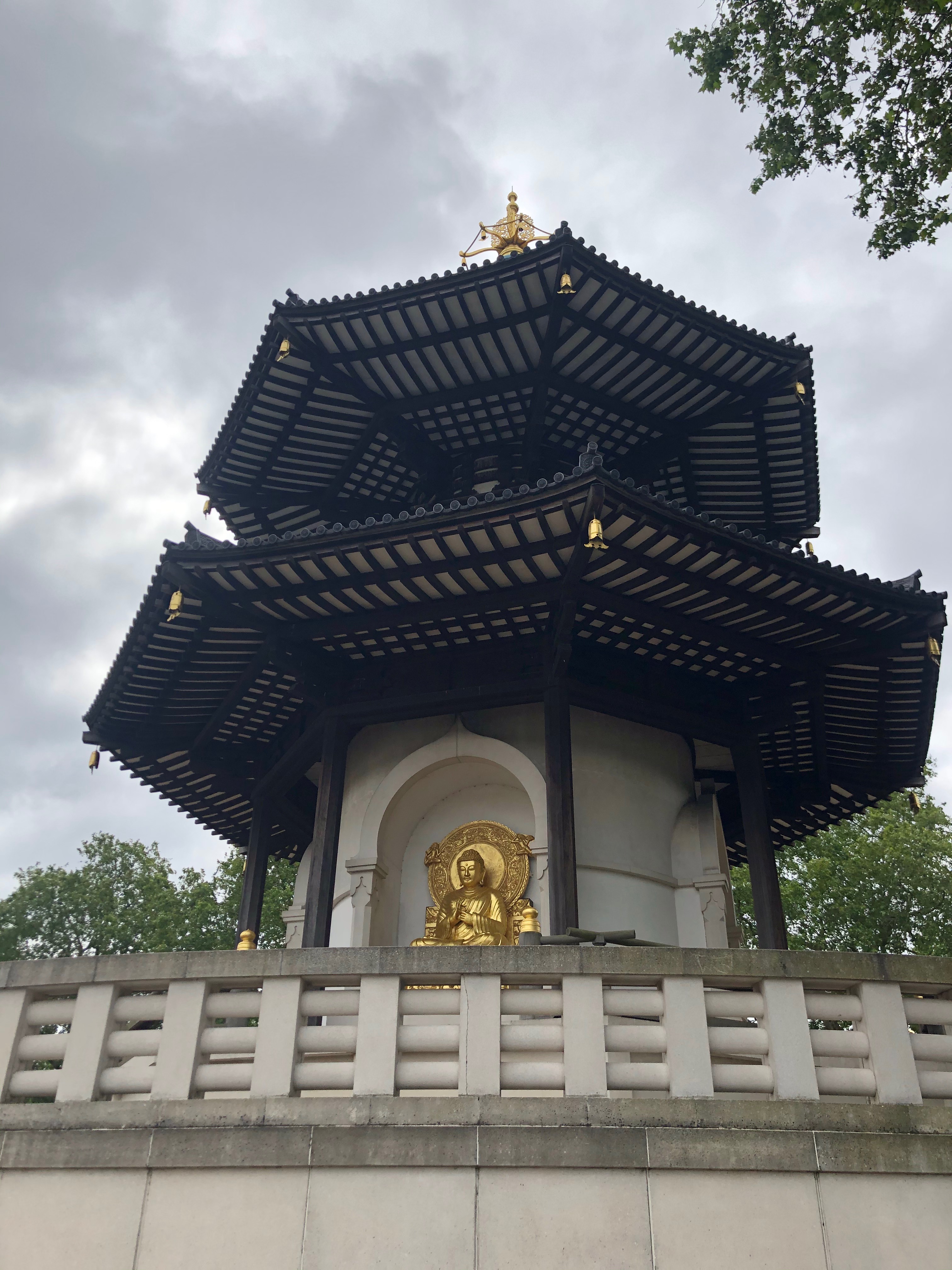 How to get there:

Sloane Square is the nearest station, approx 1 km away. From the station, walk down Lower Sloane Street and Chelsea Bridge Road, or take a 137 bus.

Exit the station to the right and walk along Battersea Park Road for 50m to the traffic lights. Take the right into Queenstown Road, walk 150m and the park is on the left.

Exit the station to the right along Queenstown Road, walk 300m and the park is on the left.

There is some car parking inside the park. 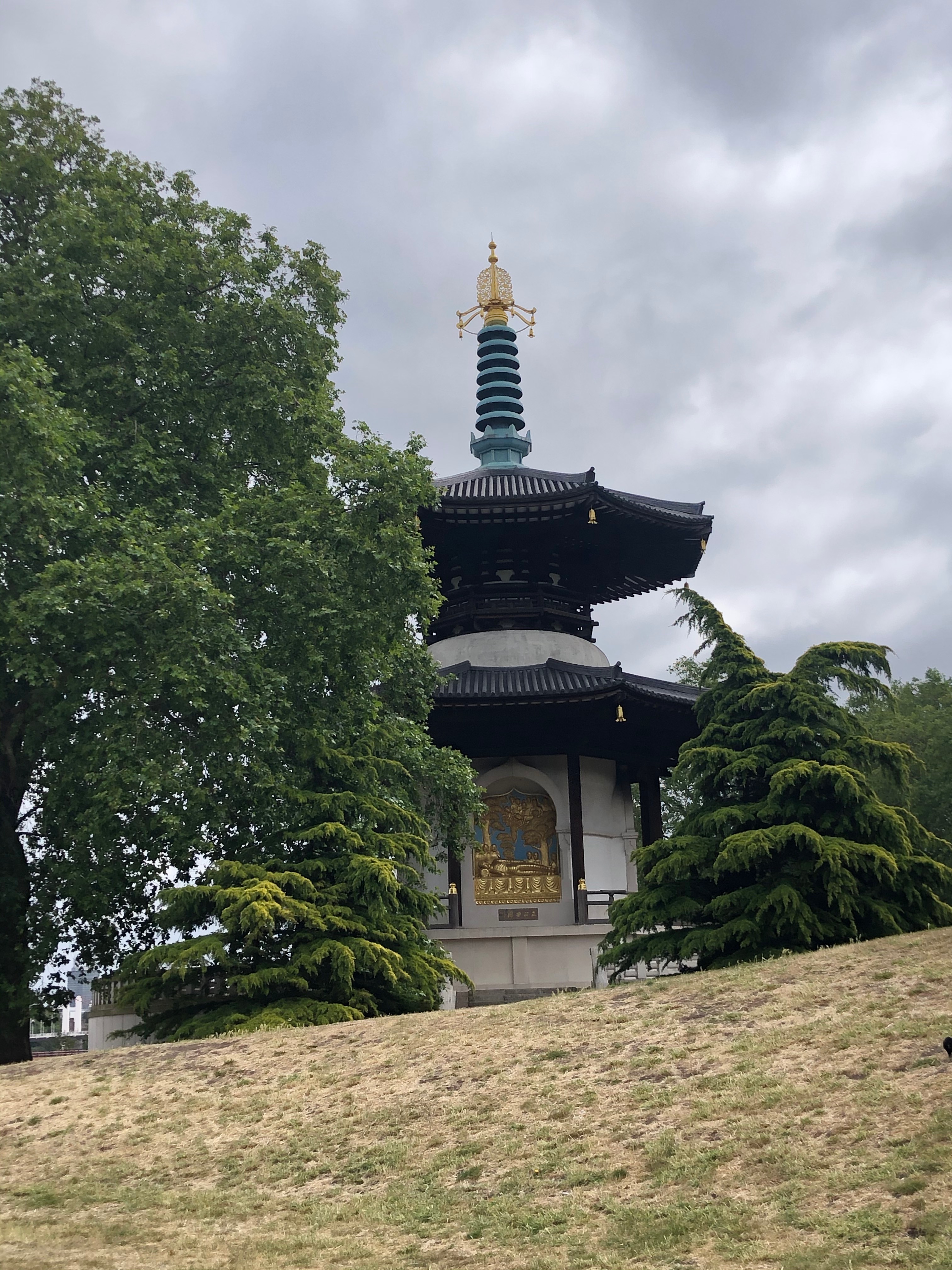