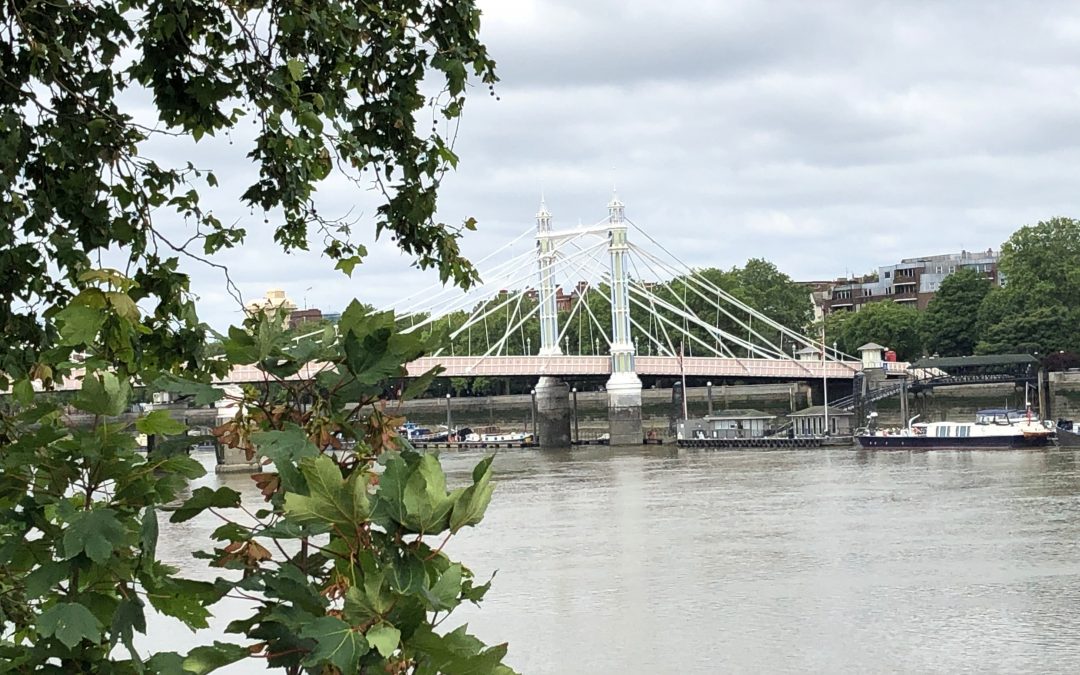 There are many things we miss in lockdown, but for me, the closure of museums and art galleries is just heartbreaking. Online culture is fantastic, but nothing beats the real thing. Therefore, I’ve been seeking out culture in our local open spaces, and remembered the wonderful scuplture in Battersea Park.

I’ve already written about the beautiful Peace Pagoda in Battersea, but now turning to the sculpture within the park.

Alongside the southern part of the lake, is a Barbara Hepworth work: A Single Form. Standing at over 10ft, this bronze work certainly catches the eye. The sculpture is actually a copy of her work which is displayed  at United Nations Secretariat Building in New York. Single Form is a memorial piece dedicated to her friend and also UN Secretary General Dag Hammarskjöld after his death in an air crash in Africa in 1961. The sculpture has been described as either a torso with an eye, or a hand which is gesturing as if in allegiance. 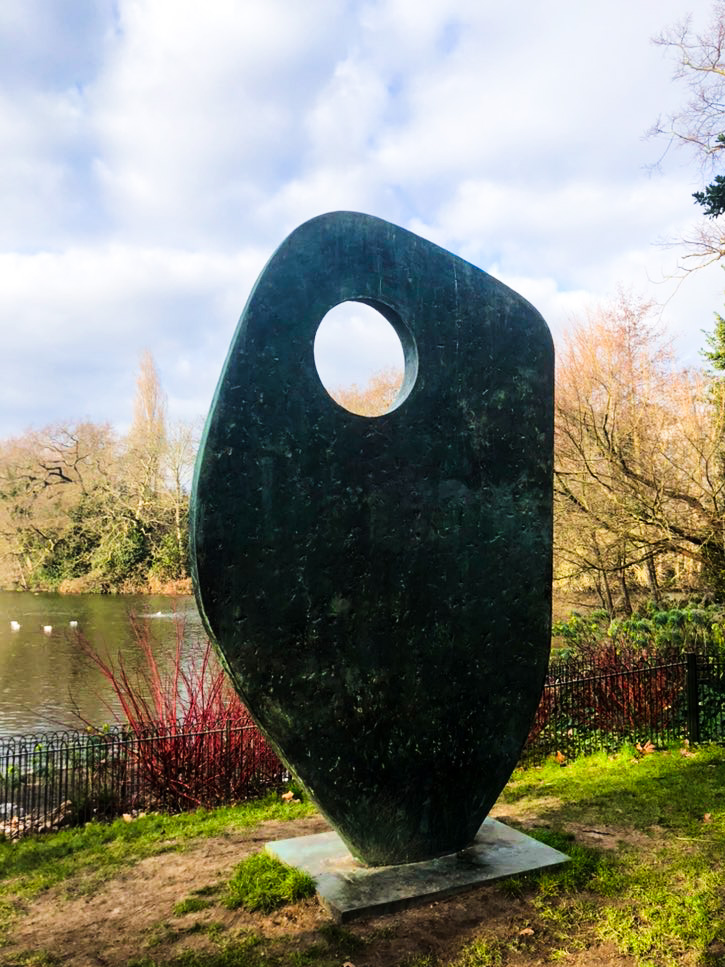 The next stellar artist to appear in Battersea Park, is Henry Moore. His sculpture,Three Standing Figures, has been in the park since 1950 and can be found facing the lake, on the corner of the sub tropical garden. It too has a Grade 2 listing. The sculpture is based on observational drawings that Moore made whilst in air raid shelters during bombing raids in the second world war – if you look closely, it’s as if the three figures are looking to the sky, as if waiting for something to happen. The statue is made from stone from Darely Dale in Derbyshire; it was one of Moore’s last sculptures to be made from English stone. 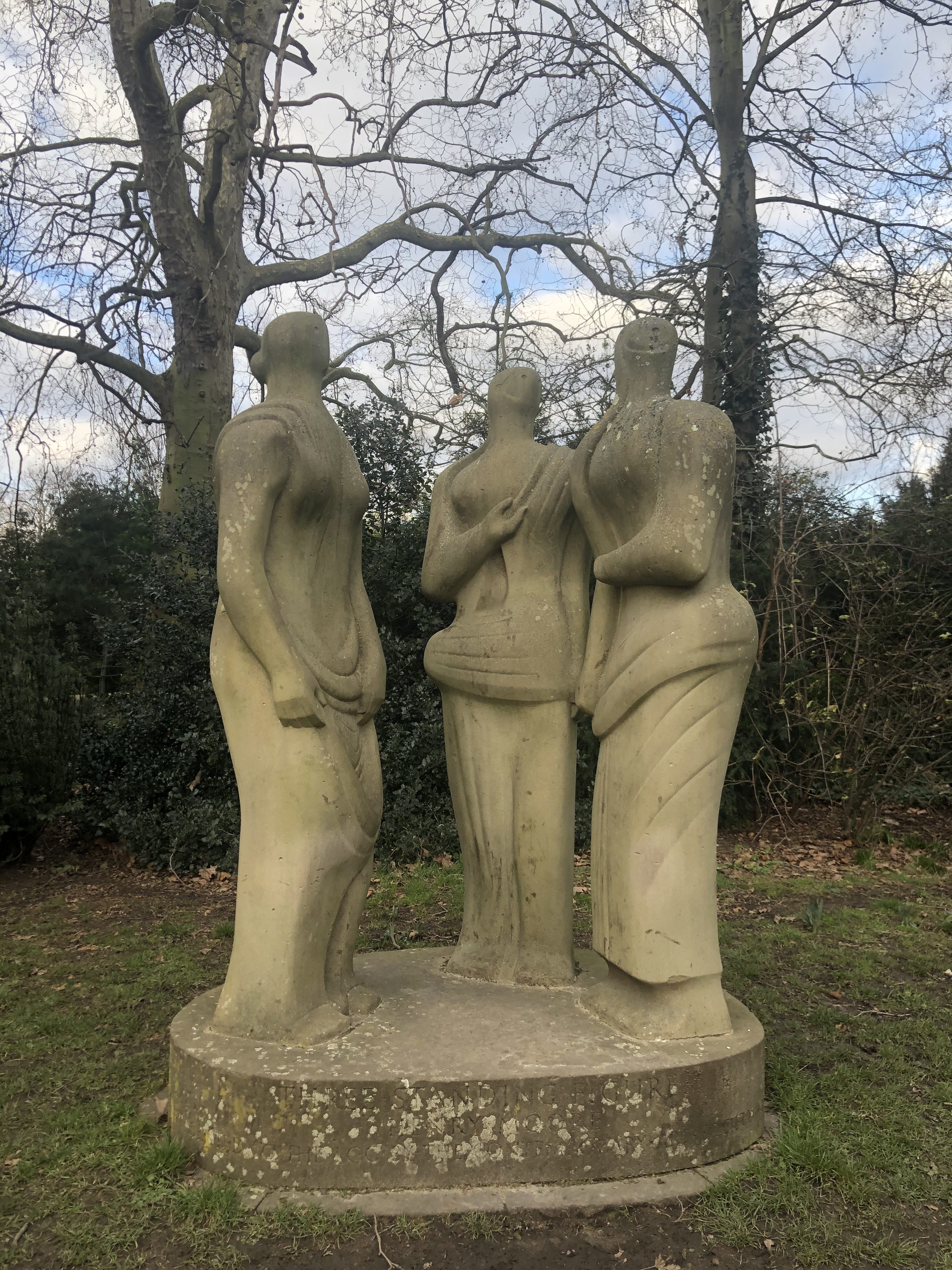 The memorial commemorates over 10,000 men who had been killed or listed as `missing presumed dead’ whilst serving with the 24th Infantry Division, based in East Surrey. You’ll find it near the athletics stadium, to the north of the lake.

The sculpture includes three uniformed soldiers, with rifles, with a serpent weaving around the legs. The figure on the left is said to be modelled on war poet, Robert Graves. When first created, this statue was seen as quite avant garde.

The park has a long history of sculpture with there being major exhibitions in 1948,1951, 1960 and 1966. In these Covid times when exhibitions are frequently thwarted, how brilliant would it be to have more outdoor exhibitions? 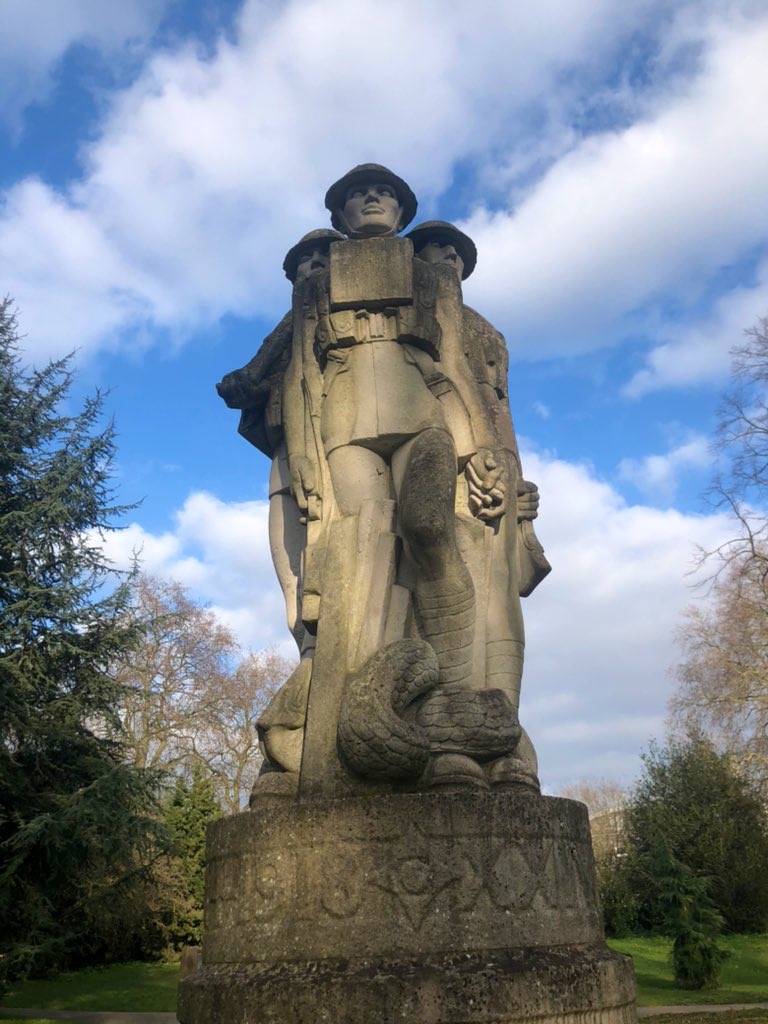 How to get there:

This post is linked to Cultured Kids with Zen Baby