The Prince of Egypt, London – a review 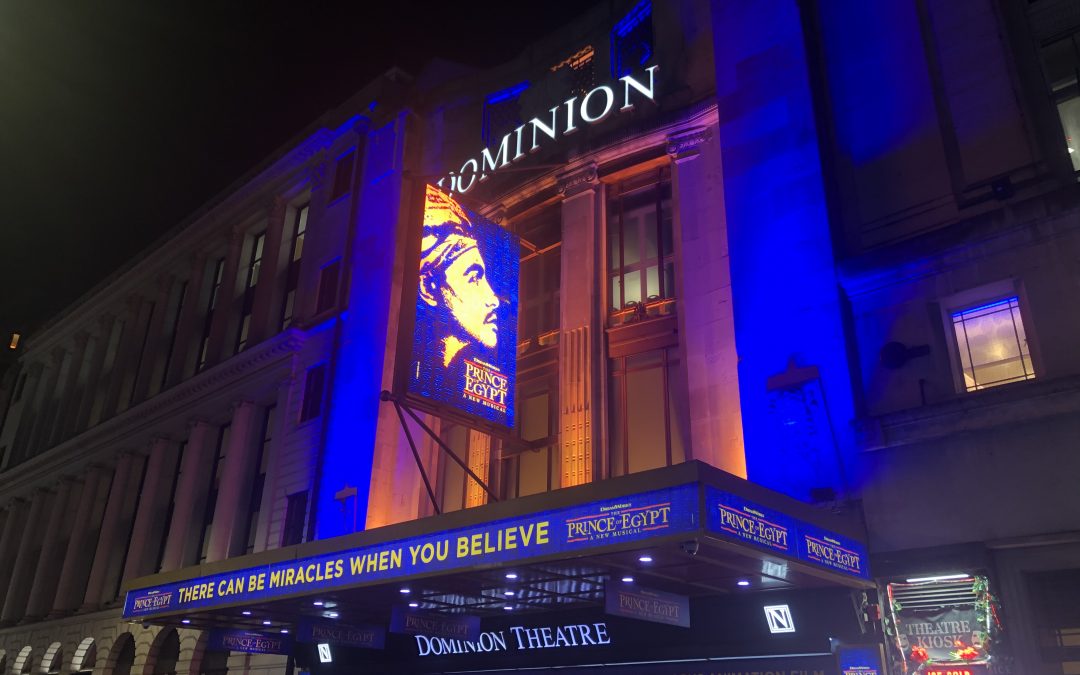 There’s a new blockbuster of a show in town: The Prince of Egypt, a musical based on the Dreamwork’s film of the same name, with a musical score composed by veteran Stephen Schwartz, also behind my all time lip-synch favourite, Defying Gravity. It sounds like this should be a sure-fire hit …

From the minute you walk into The Dominion, Egyptian music is piped through the sound system, you are immediately immersed into the play. Sitting down, the stage makes an immediate presence, with the projected sky on the background, which changes as the play evolves. In fact, the staging is possibly the star of this show, with clever projections to the sides of stage onto fringed material to portray Egyptian deserts, The Red Sea or an archaeological site, with large Egyptian stone figures hovering over the stage, making you feel as if you too, are part of the play. Added into this, the cast often group together to be part of the stage, a chariot race being a particularly memorable moment. 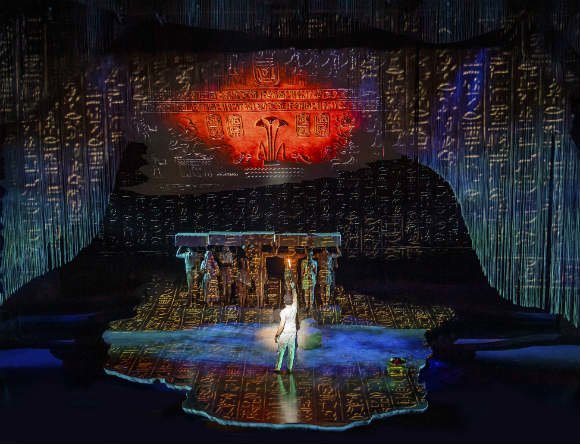 The cast, when not doubling up as props, can certainly belt out a tune, and the Oscar-winning ‘When you Believe’, packs a punch, and provides the play with a truly spine-tingling moment. The show is a musical, and by definition, this means plenty of dance, and the cast are certainly not shy at showing you what they can do: The routines are tightly choreographed with a peppering of acrobatic skill, although some of the legs-over-the-heads moves do seem somewhat incongruous to a biblical tale set in ancient Egypt. The folk dance in the desert seems rather more in keeping.

Of course, in-between the songs, dancing and epic staging, there is a plot, and the biblical tale of two brothers with different destinies: One leading The Hebrews from Egypt to freedom and the other as future pharaoh, both destinies having world-changing effects. However, the story of The Exodus is somewhat overshadowed by the spectacle of the staging and the choreography. I often found myself so immersed in watching the effects played out on the stage by either the pyrotechnics, hydraulic staging or the energetic choreography, I wasn’t actually following the plot. 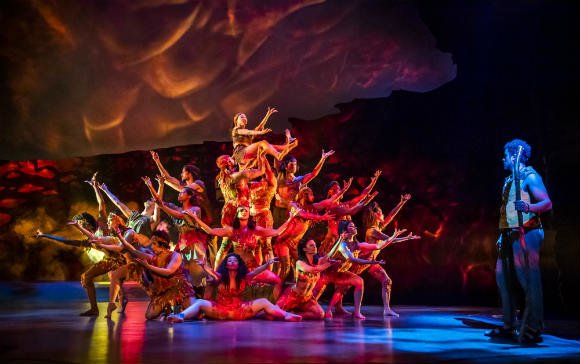 Overall, The Prince of Egypt is quite something – what has been achieved is a high-octane experience on a stage. I am quite sure that any child will be immersed into the visuals of this play and enjoy the spectacle and anyone who loves dance cannot deny the high level and effectiveness of the choreography, just don’t expect an in-depth look at The Exodus and its wider meaning and relevance to modern day life!

The Prince of Egypt is playing at The Dominion, until 31st October, 2020. Tickets are available from London Box Office