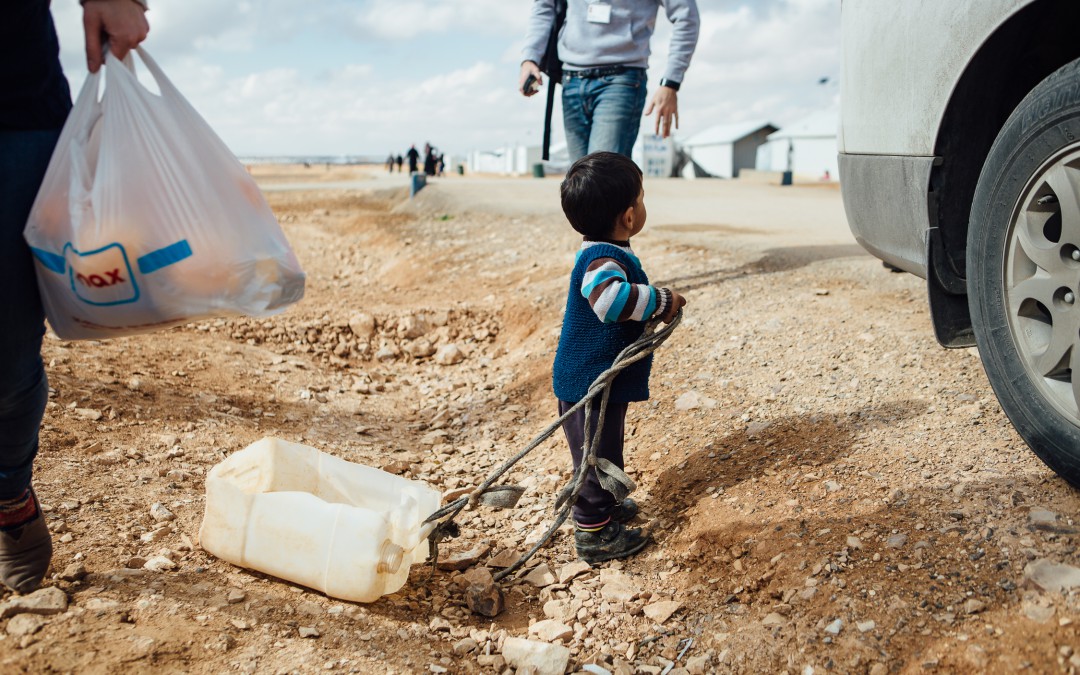 I’m looking forward to sharing an in depth post about the Syrian people we met, their stories and the challenges they face in a new country in Jordan but as I am editing the images from my week I just had to share one little more storyof joy that we found at the Azraq Refugee camp. When I thought of children playing at a refugee camp before I travelled to Azraq this was the sort of image that came to mind.. 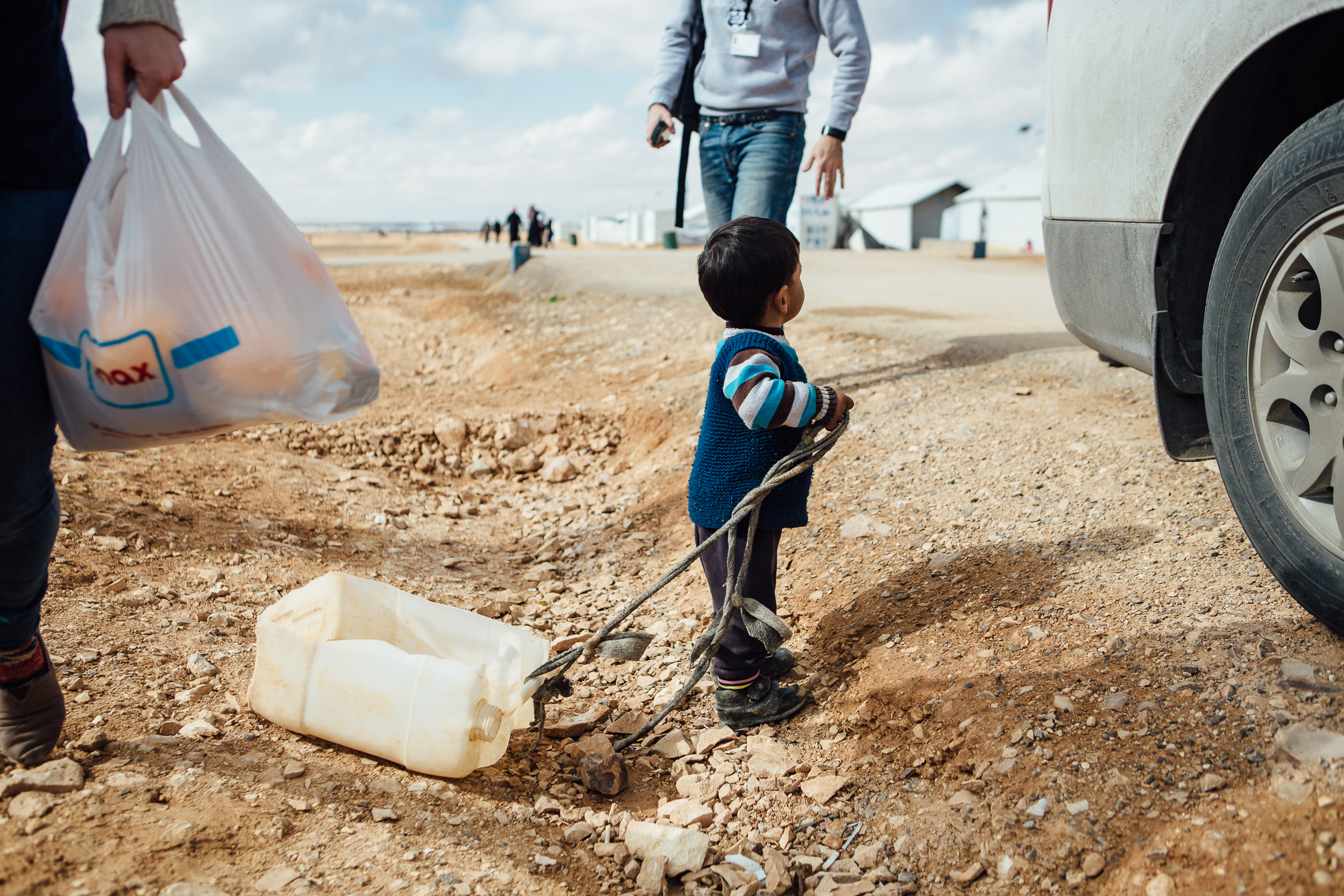 but..in the middle of miles and miles of stony desert and even more miles of the white shelters that creates a community for 30,000 there are two utterly unexpected and utterly wonderful splashes of green. Football pitches.

World Vision has been responsible for large scale water and sanitation projects at the camp and now provides support and feeding distribution for the camp’s schools – last November they did something amazing. With help from the English Premier League they built 2 football pitches and brought coaches from Stoke City and Wolves to train coaches in the camp. Only two months on from the opening there is a keenly contested league and the football pitches are in constant use by both the boys and girls of the camp. Every where we went the children wanted to talk about school and football.

Last week I shared this image of a young boy clutching a security fence.. 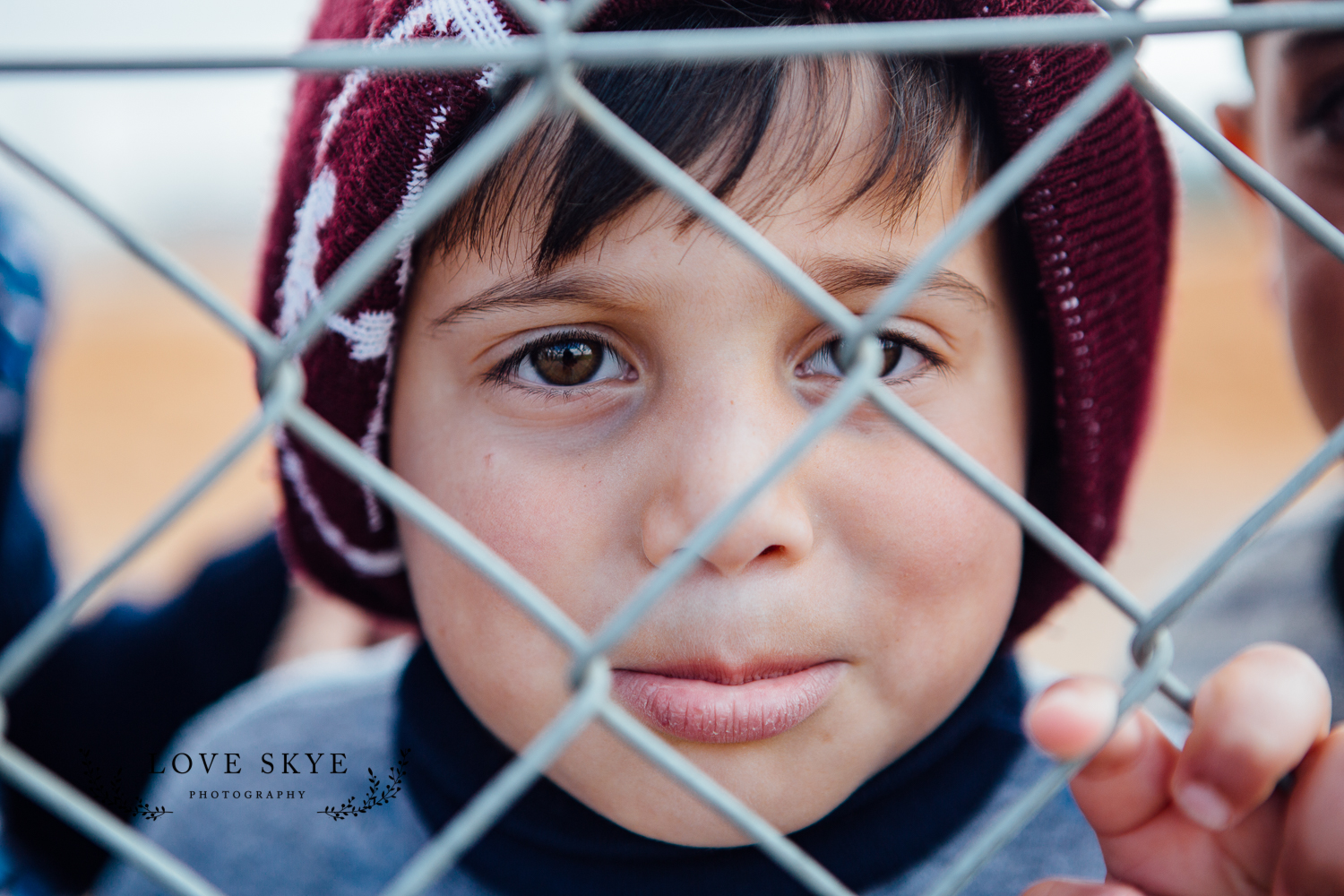 Today I can show you the next image of this boy…… 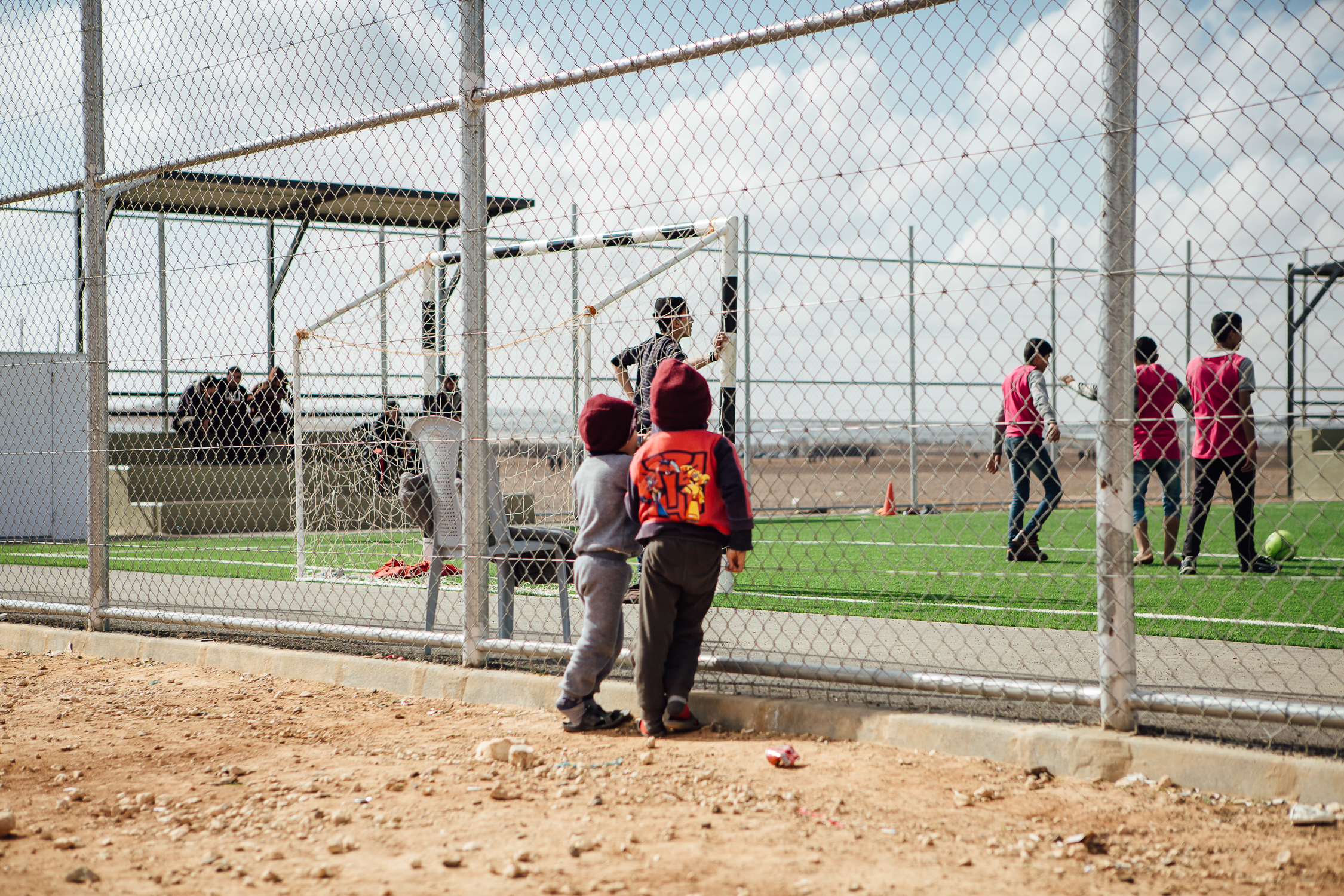 in fact I was the one behind the fence and he was watching the bigger boys playing football. 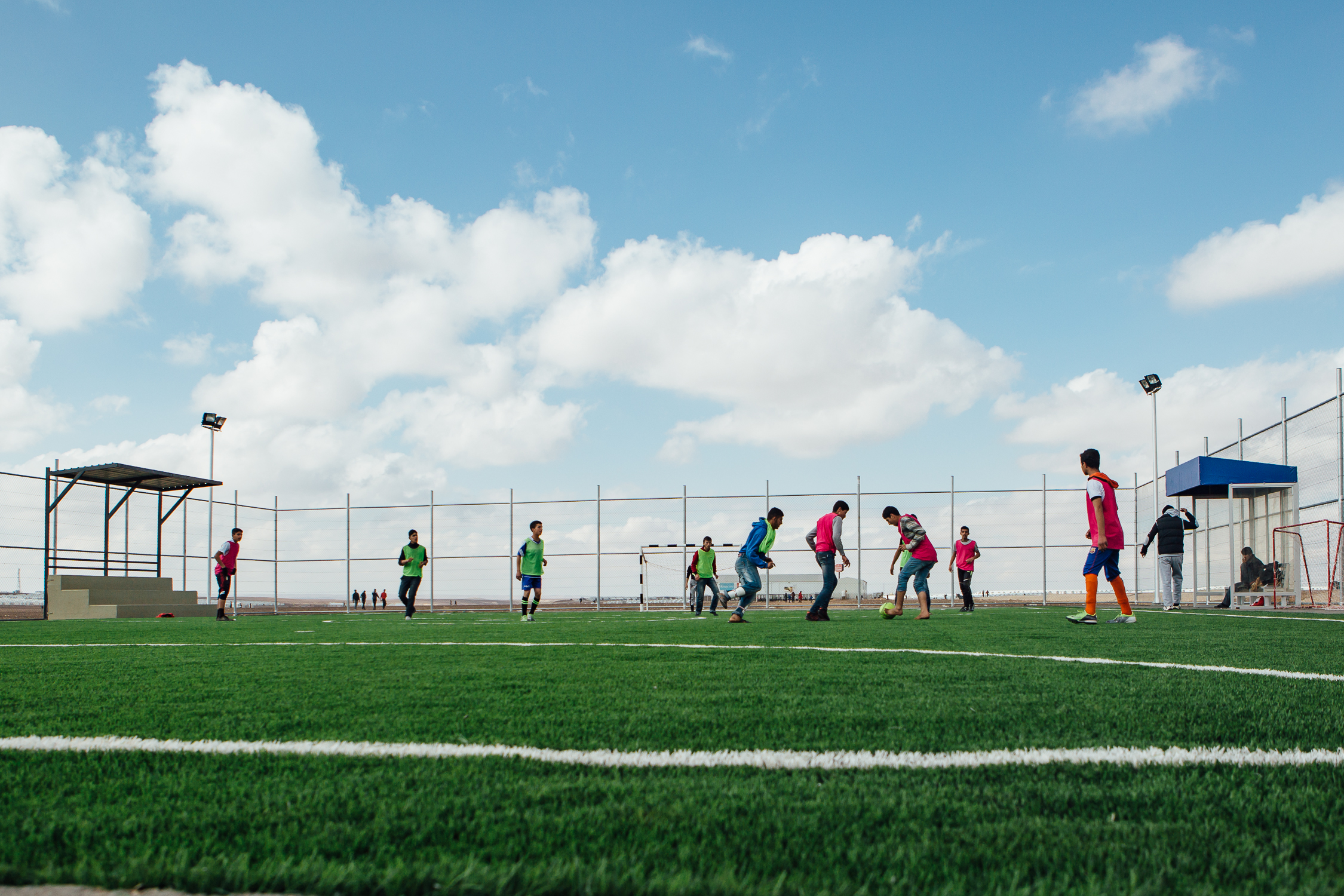 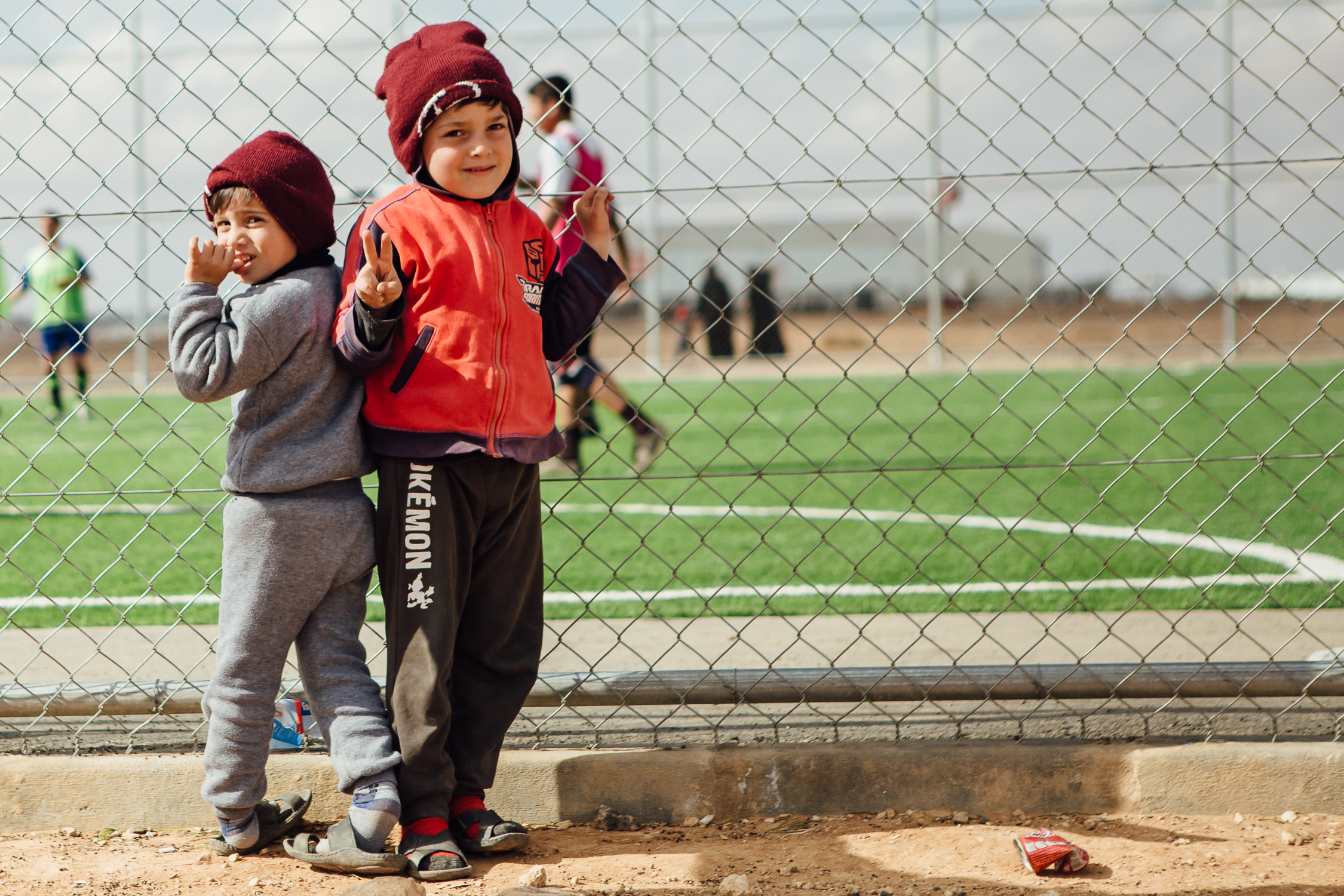 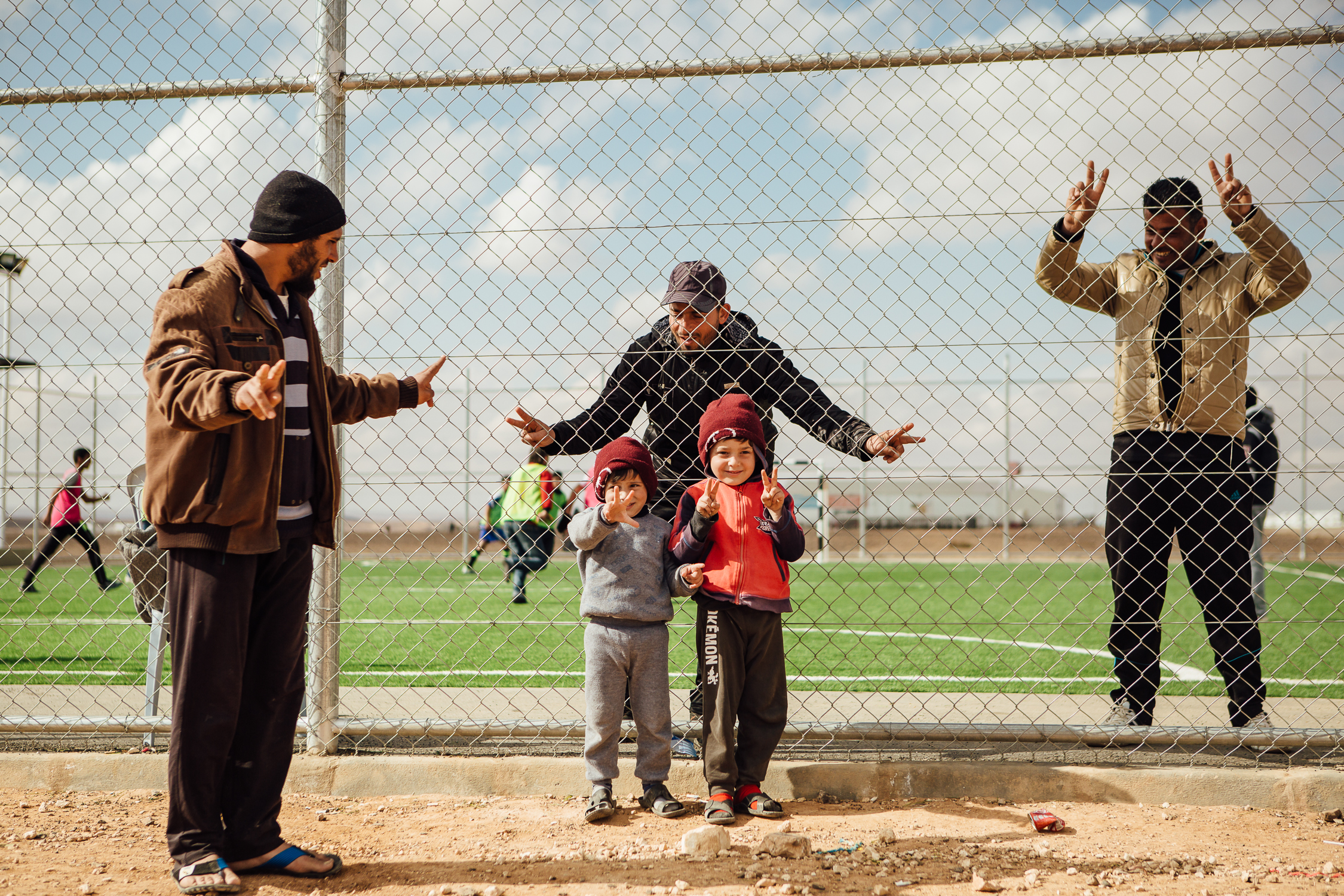 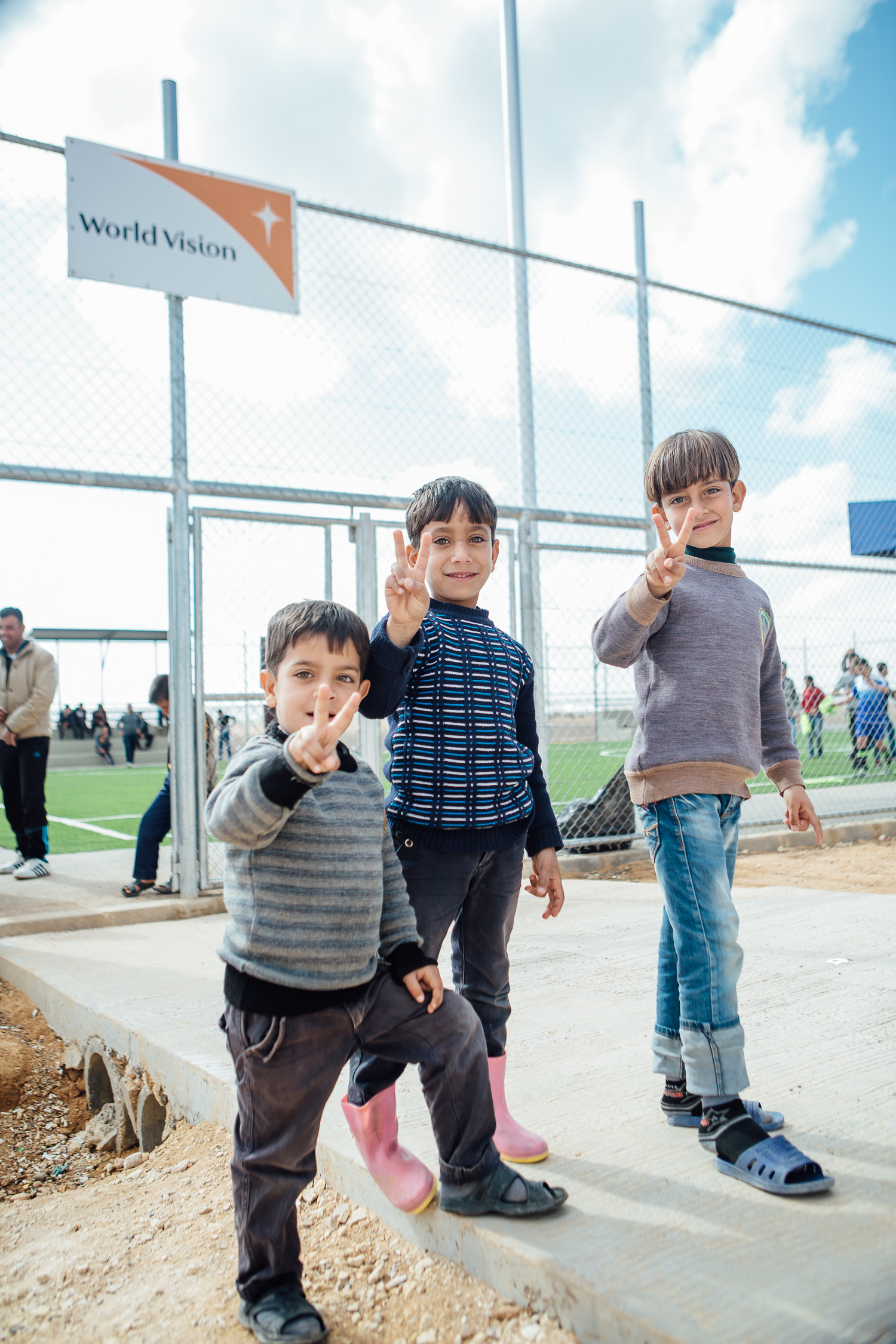 In the midst of this barren landscape another oasis of hope and fun has been created.