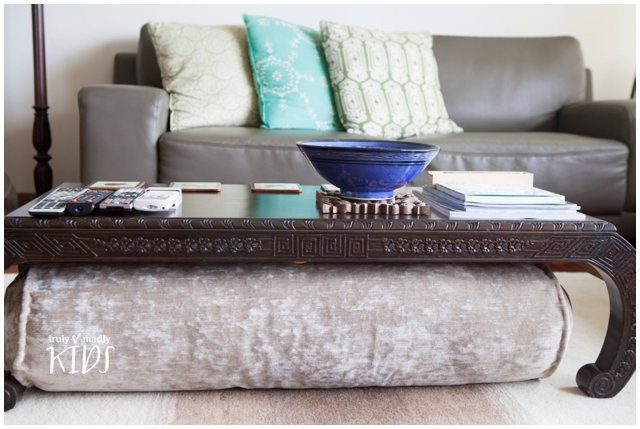 I love a nice cushion, infact it would be fair enough to say that if I had unlimited funds they would mostly be spent on cushions. I can’t resist curling up on the sofa with a book and nestling into a soft fluffy cushion for a fairly chilled time. Yes – I am officially outing myself as a cushion hugger! Being of the crafty disposition and brought up to be thrifty my mum’s sewing machine has produced many a craft project and after selecting a gorgeously inexpensive velvet fabric off cut, I decided it was time to make something for the apartment – I decided to make a bolster cushion.

So here’s my little tutorial on how to make yourself a wonderful bolster cushion. It’s not a fully technical breakdown as I do like to wing it a bit on these things and often use my eye to size things up over a measuring tape (yes, I know, I know), but if I can do it, anyone can. After a little encouraging words with the sewing machine (eg lots of swearing) it now is a thing of beauty and rests perfectly under the coffee table as we use it to rest our feet whilst watching T.V. 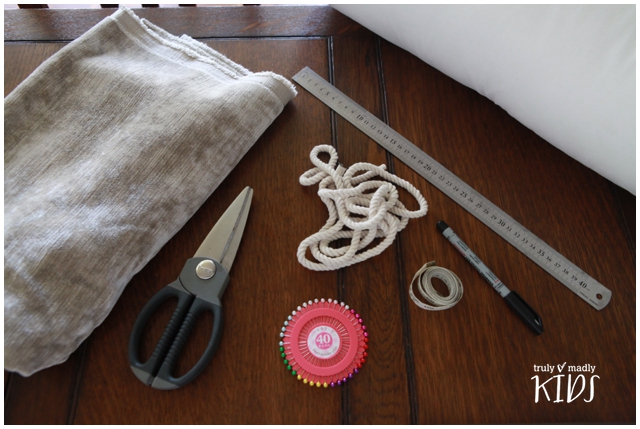 Here’s the bits and bobs to have handy before your start the project. 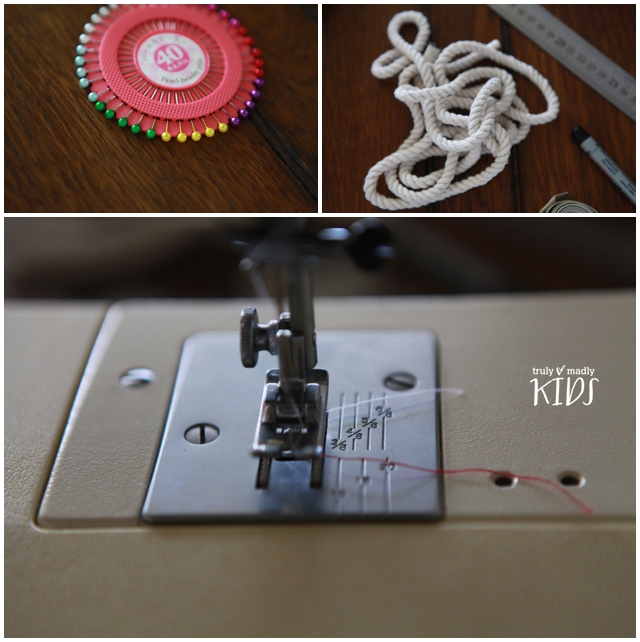 So once you have selected your fabric and cut to size you are ready to start creating some magic.

You will need to stitch together along the longest side of the fabric to make a tube, making sure you are sewing inside out, or the wrong sides facing together. Leave the ends open at this point as you’ll need to access for the next step. Once you have secured and tied the ends of thread, you can turn the entire tube the right way so that the outside is the fabric you want to be on show.

Grab your cushion inner and plainly put, get stuffing! It might be a tight fit, but that’s actually a good thing because if you make the cover too loose it looks kind of  naff.

You now have what resembles a cushion sausage. Here comes the tricky bit (promise it’s only this next step) which involves cutting two circles which you need to sew to both ends of your tube.

I have to say, this looked harmless but do not be fooled. Hand sewing thick velvet fabric was not easy. Ideally you’ll need a strong needle and the same thread used on the sewing machine but I recommend doubling the thread to make it stronger to hold the ends in place. Hand stitch these circles to each end using a simple blanket stitch – here’s a handy reference sewing link to a demo of what that looks like if in doubt.

Et voila! You are done. You are now the proud owner of one gorgeous bolster cushion for hugging, resting, snuggling, leaning on during the long winter nights.

Hope you have fun making this cosy project at home. I had a bit of spare fabric bits left over which I’m saving for a festive craft project which I’ll be putting up on the blog shortly – festive birds for the Christmas tree :-). Thriftyness is an actual condition but I hate waste so the spare bits are in my bag of goodies for later. 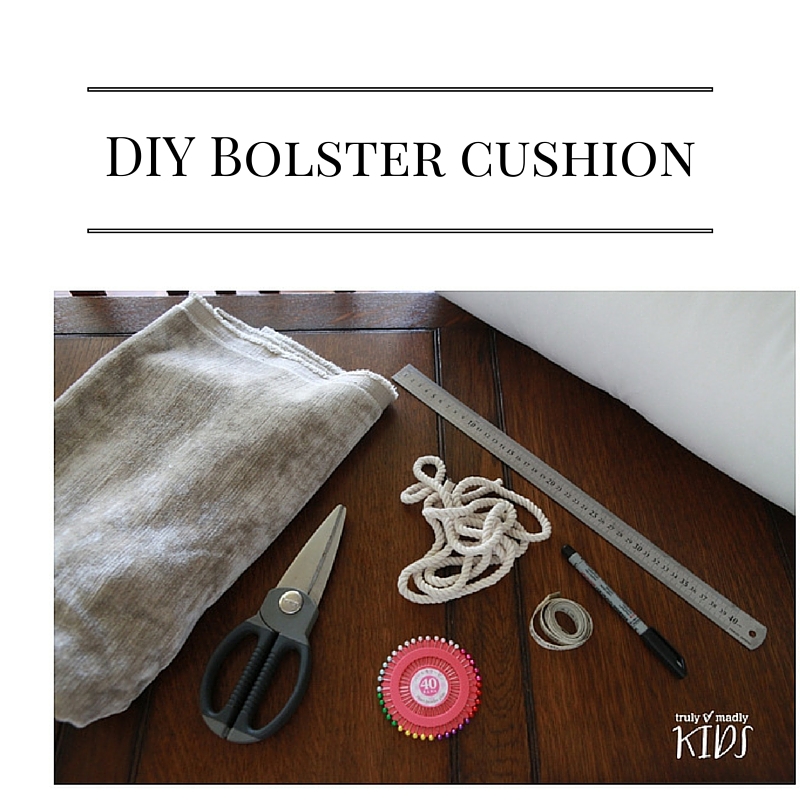