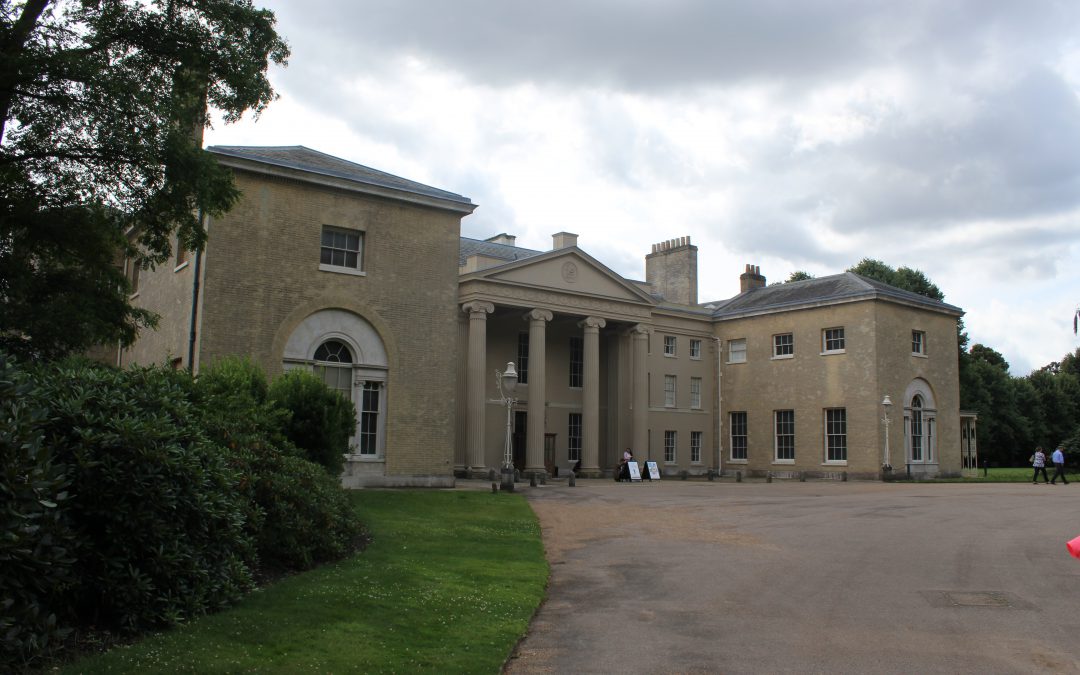 As you know, I am a firm south London resident, and trips to ‘the other side of the river’ are scarce. Obviously with any trip comes the amusing banter of ‘are my jabs up to date’ and ‘have I got my passport?’. But the truth is, North London is a bit a mystery to me, the only parts I really know are those I pass through on the North circular to get on the M40. Therefore, in the spirit of exploring this wonderful city of ours, we decided to cross the river to visit Kenwood House in Hampstead.

As we drove over Waterloo and the Southbank, we waved goodbye to South London and began to embrace the North. Through Holborn, the colourful markets of Camden we went, and then we began to climb the hill into Hampstead village. As we approached, the trees increased in number, the pavements widened – it all seemed rather pleasant. Even my daughter remarked that North London seemed quite nice.

First pleasant surprise of the day was that the road outside Kenwood House, Hampstead Lane, is actually free parking. Yes, in zone three in London, there was free parking. This is almost unknown. We easily got a spot minutes from the entrance as well. Good start.

We really had no idea what to expect, so as we walked down the drive which swept round to reveal the most beautiful 18th century stately home, you can imagine our surprise. 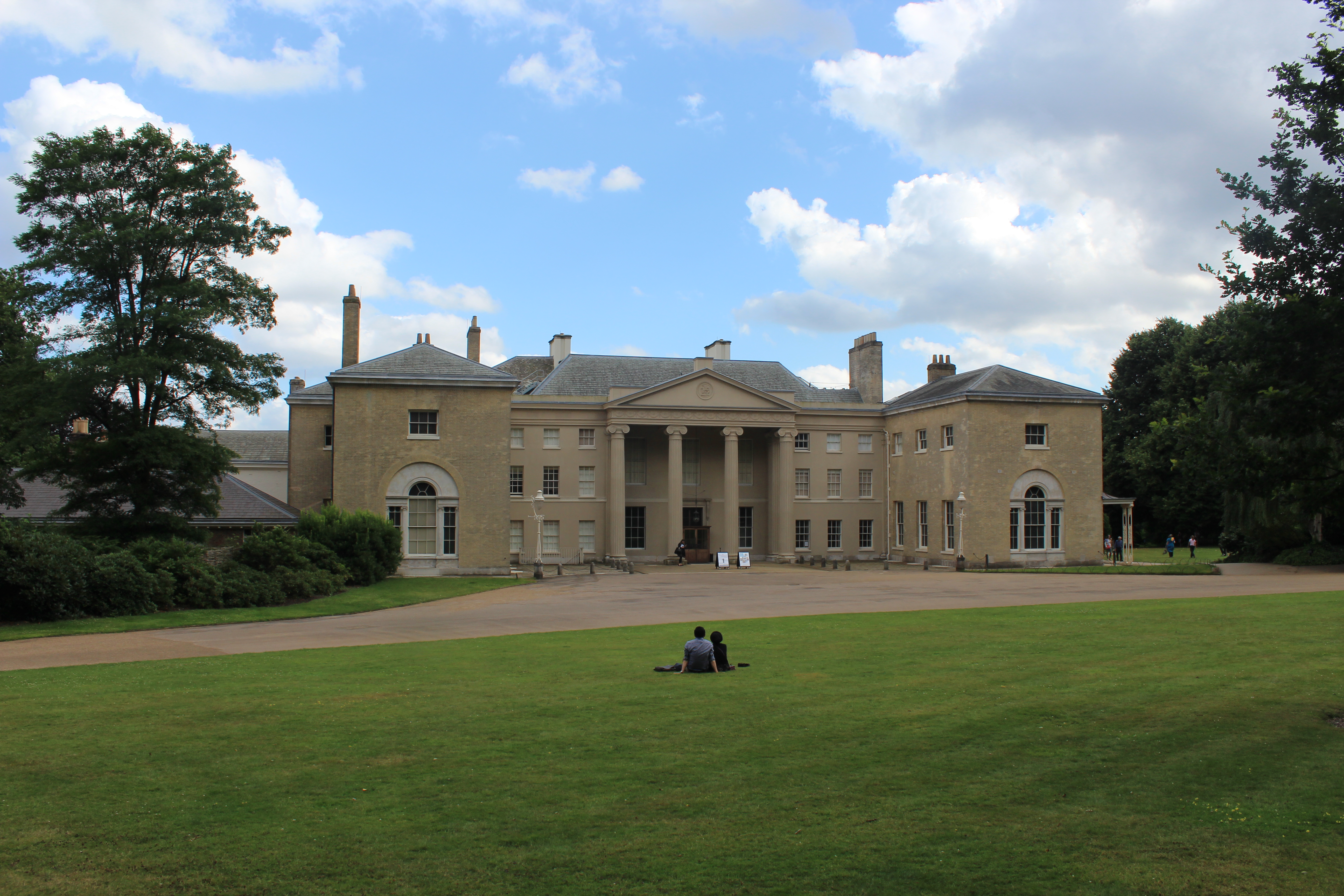 As it’s the summer holidays, English Heritage have put on family activities, so the children immediately got involved in creating an illusion toy, popular in the Victorian era. My son decided to create the illusion an alien on a bouncy castle, and the daughter a jellyfish in a fish bowl, and despite my cynicism that  this could work, as they spun their creations the illusions did appear! Excellent! I will try and blog this craft shortly – seriously clever and impressive! 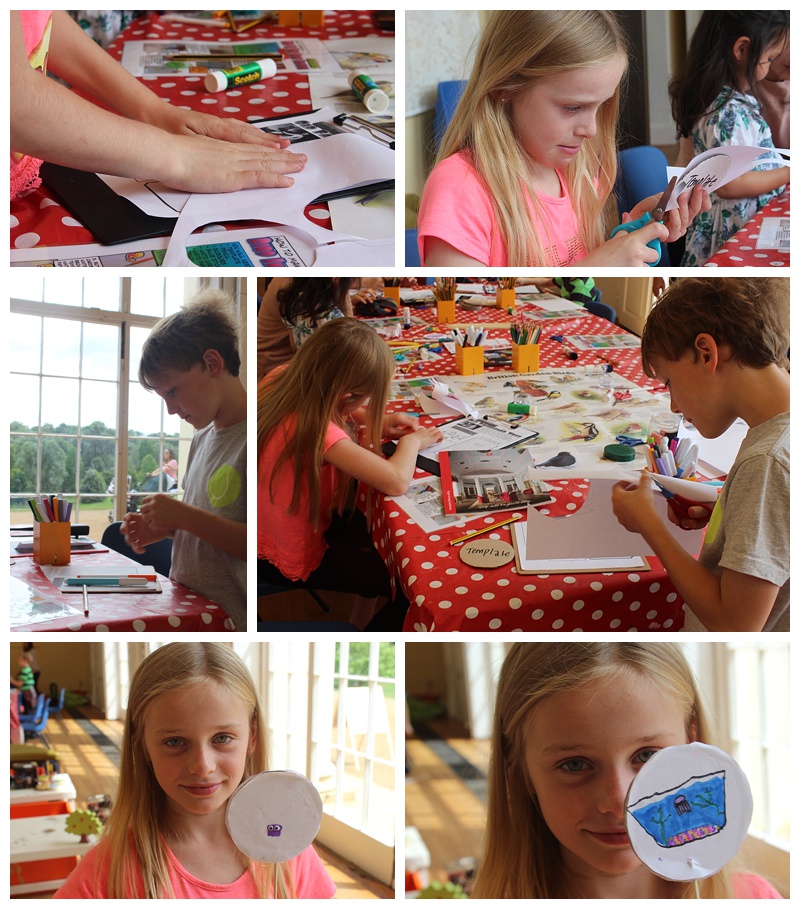 They moved on to the dressing up box, where there are beautiful costumes replicated those costumes worn in portraits displayed in the house of the residents. You can then recreate the paintings in the picture frame staging. 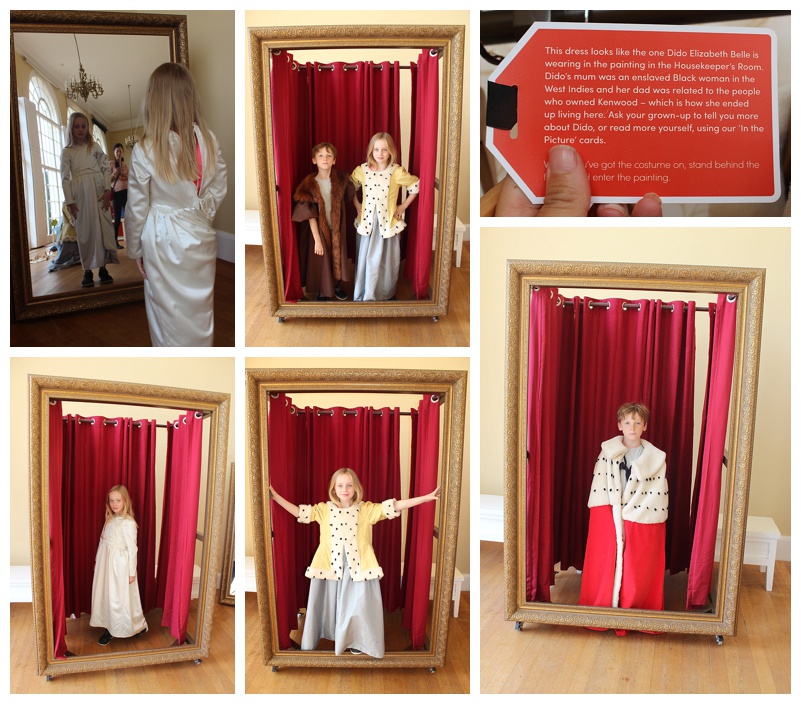 The children loved this part of the house, the educational aspect was very light touch and neither child felt like they were in an art history lesson, yet it was a great way to connect them to the great art that is housed at Kenwood. This leads me to my next point: The art collection here is outstanding. Unfortunately, my children were less keen to explore, but within its walls there are works from Sir Joshua Reynolds, Rembrandt, Thomas Gainsborough and George Romney. You can enjoy this gallery of internationally important art for free, yes, that’s right FOR FREE!

To be honest, what was it my children most enjoyed about Kenwood? The grounds. Kenwood is set in 112 acres. Beautifully maintained, this parkland is the perfect place for the children just to ‘be’. They climbed trees, ran, practiced ballet moves, rolled down hills and just got on with that important business of just being a kid. 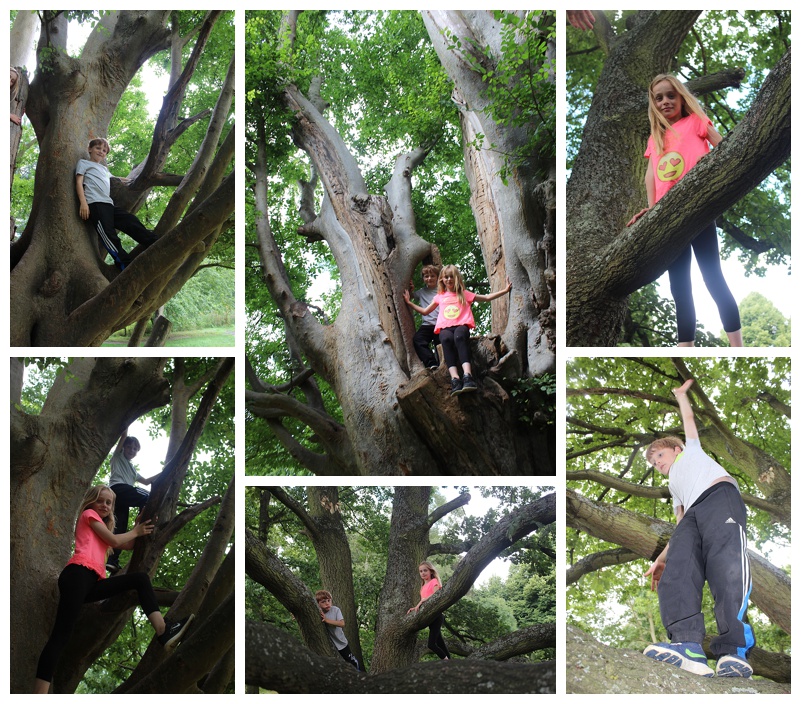 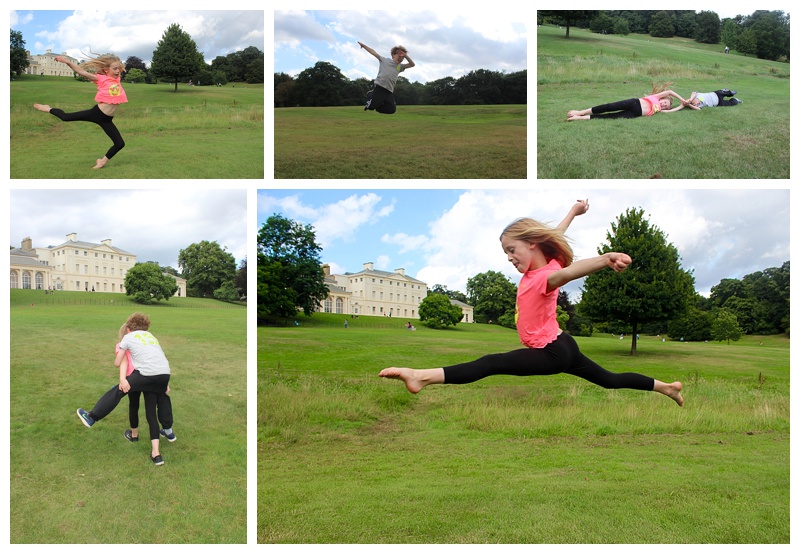 It’s hard to believe that just beyond the horizon was the bustling, sprawling cacophony of London. It was just so peaceful. 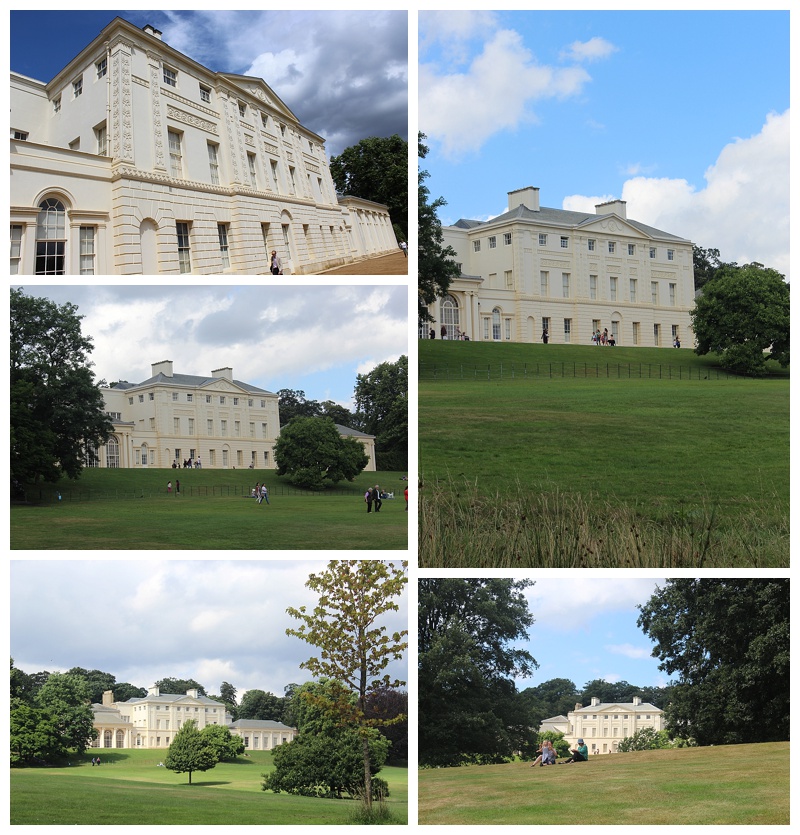 We visited the cafe as well. Beautifully set in a courtyard with the summer flowers blooming around you. This is my only real criticism of the place, that the cafe was expensive for relatively average food. The cakes and cream teas looked delicious, but the main meals were distinctly average. Later in the day, the children had an ice lolly each, which set me back £5! There’s plenty of room for picnics here, and that would probably be the way forward. 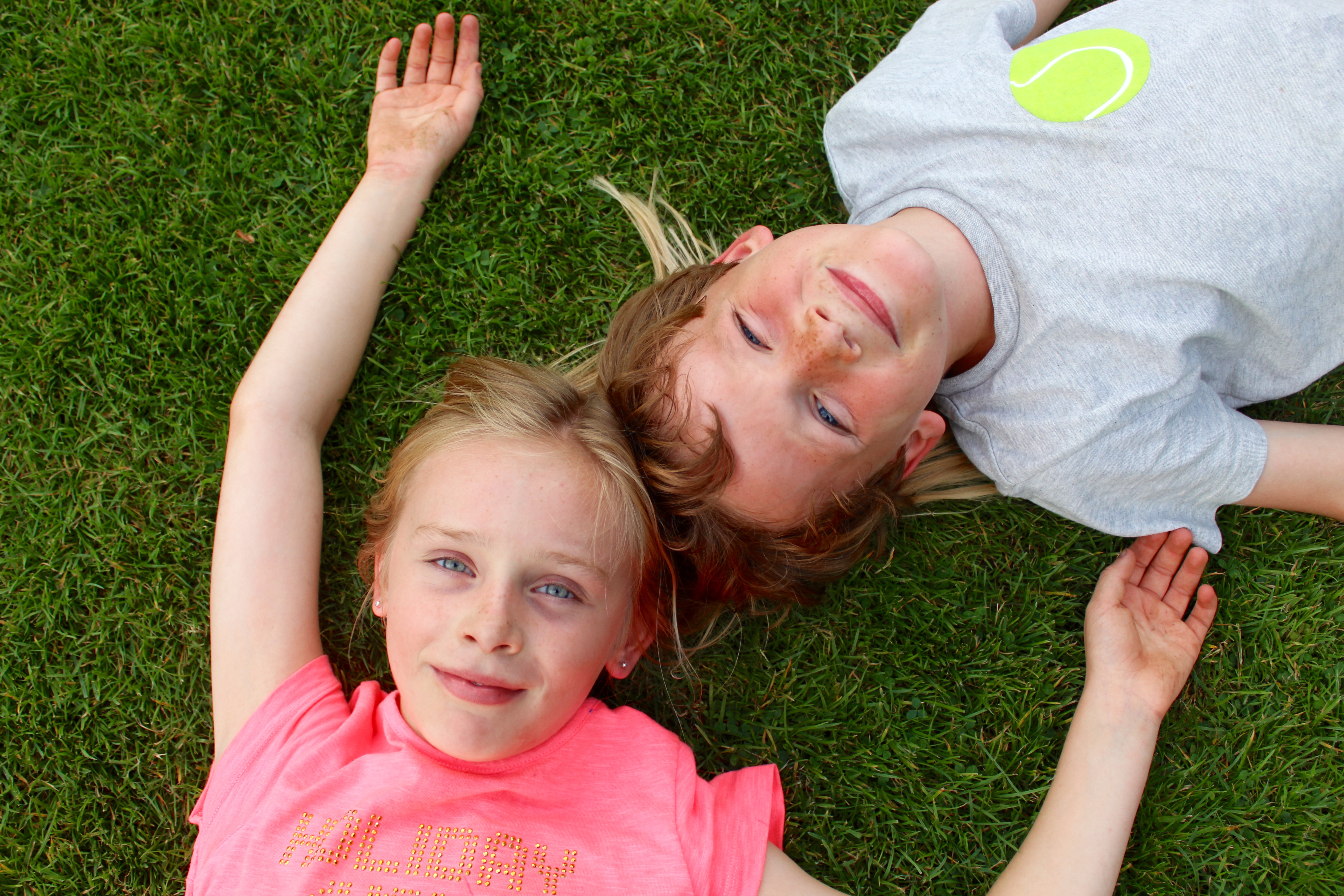 In conclusion, Kenwood was a wonderful surprise. I knew nothing about it before I went, and it wasn’t that busy which suggests to me other people don’t either. My husband joined us later in the day, it took him 20 minutes from his office in Oxford Circus to the house, and he couldn’t believe that this tranquil gem was within London, it really is a hidden beauty and well worth a visit. 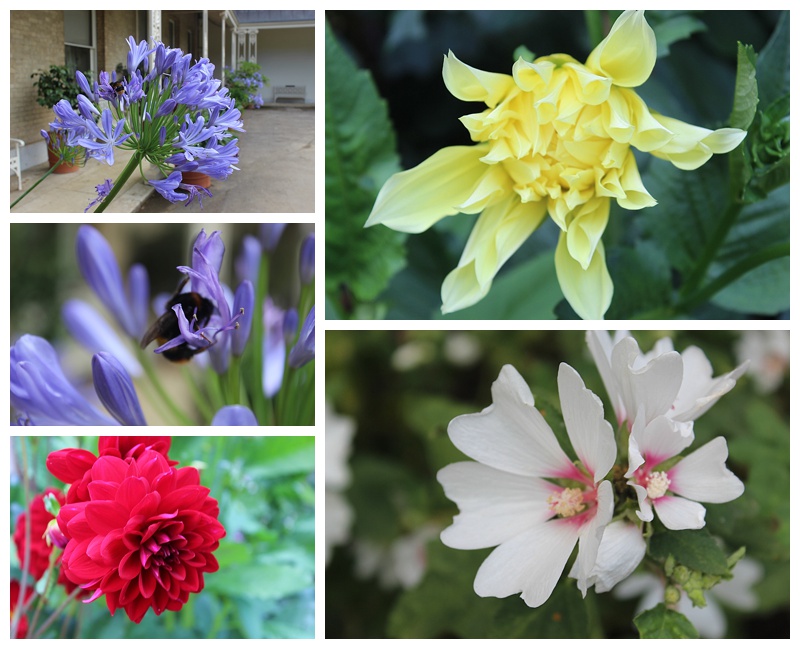 “I am a member of the Mumsnet Bloggers Panel, a group of parent bloggers who have volunteered to review products, services, events and brands for Mumsnet. I have not paid for the product or to attend an event. I have editorial control and retain full editorial integrity. [I have received a voucher in return for writing this post]”