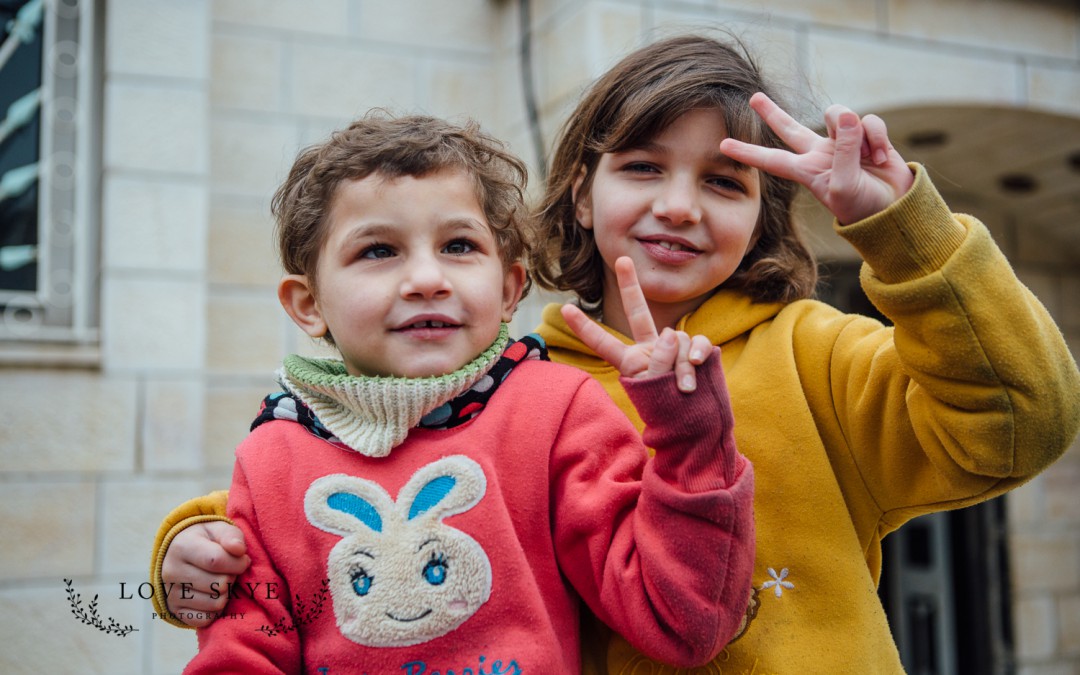 Today we met with real poverty and despair. We heard stories that I cannot repeat. We were uplifted by friendships amidst the most extreme adversity.

We travelled north from Amman this morning and spent the day meeting with two very different families. One family had escaped the utter devastation of Homs. They hoped for a new and better life in Jordan. Their reality is unutterably dismal. Living with serious mental health issues this family is isolated in their new community. Unable to work in Jordan the father of the family relies on a £15 per head per month allowance and the limited funds his older sons can contribute working unofficially.Their schooling forgotten in the need for subsistence.

Yet even here there are friendships to be made. The children eagerly eat a few of the sweets we have brought and stuff more into their pockets. Seeing my camera one of the girls shows me this pile of treasure and teaches me to count them, in Arabic. There are 15. She looks up and smiles and offers me the peace sign. As we leave she and her sister and older brother come out to say goodbye. They cuddle and giggle and urge their father to smile for the camera. I want to gather them up and take them away from this. Instead I thank them for sharing their friendship with me. It’s all they have and they give it so freely. 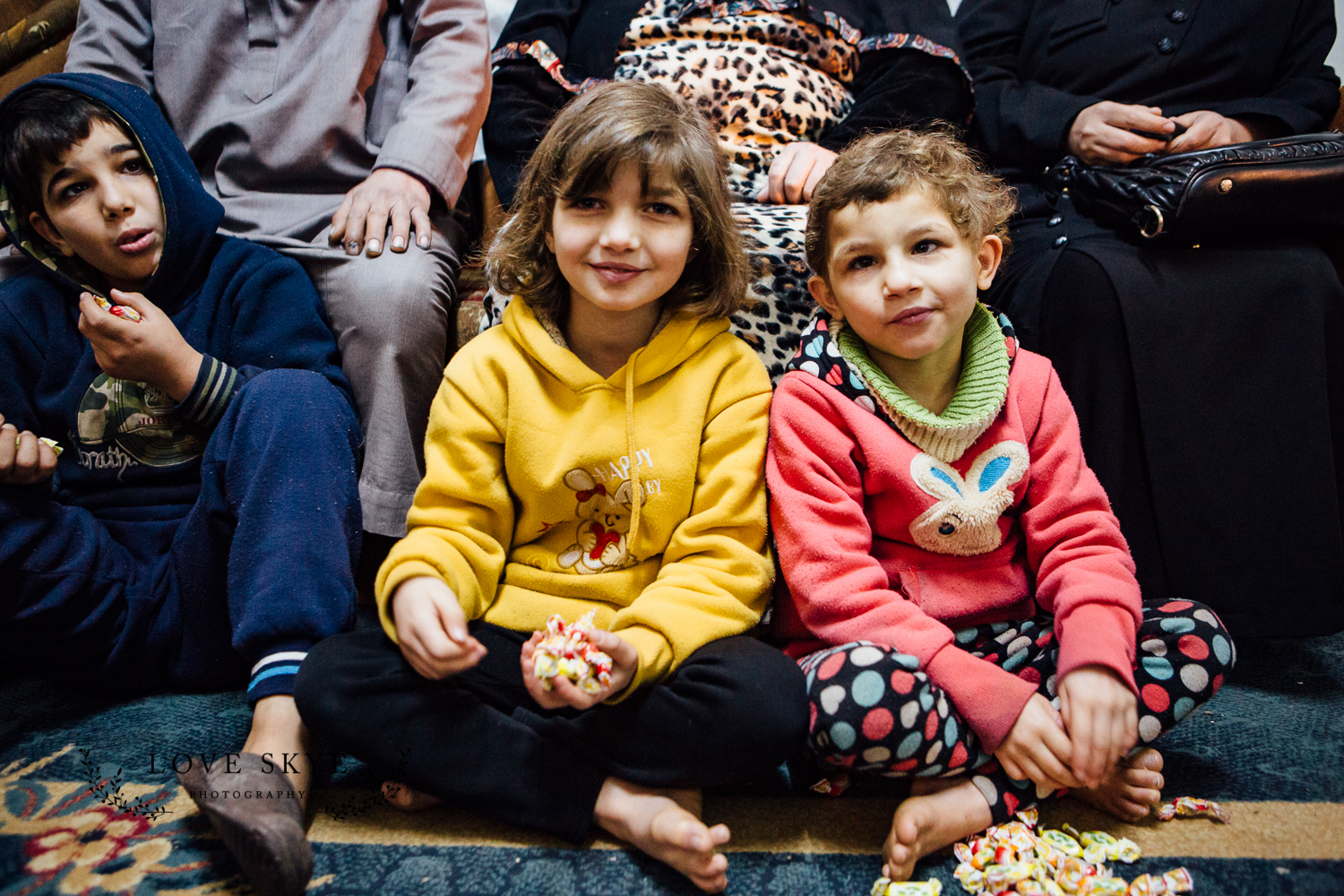 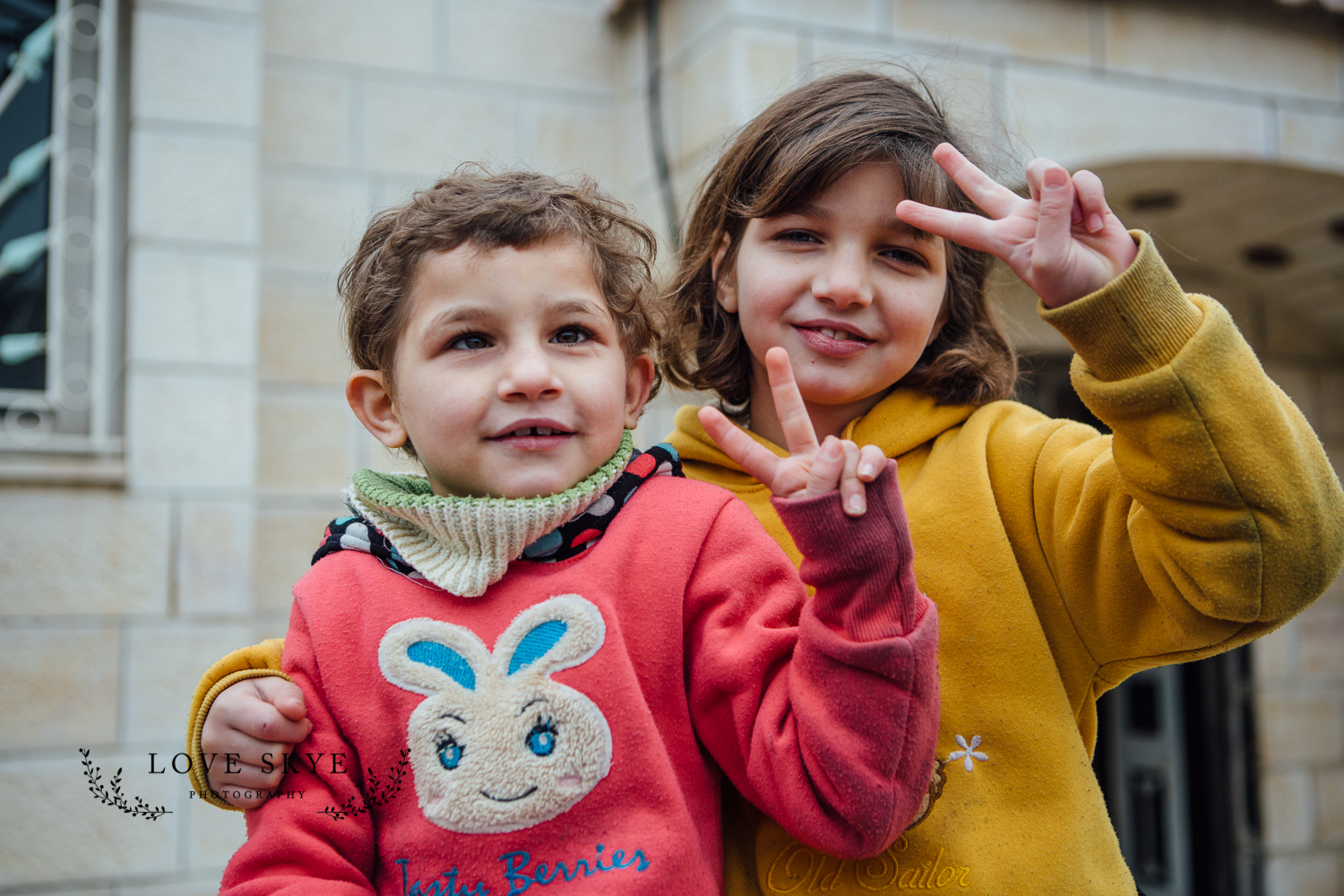 We went to visit another family nearby. Here friend ship was everywhere and everything that sustains them. From the Darar region they were also forced to flee. But they did not come alone. The highly engaging patriarch of the family Feras, who is 70, introduced us to one of his neighbours who joined us for coffee. His neighbour, Ibrahim, is 75 and they have been friends since their primary school days. “We went to each others houses – all the time – we had sleepovers” and they eagerly flung their arms around each other for a photograph. Despite the adversity and the enormous losses they have both endured it was easy to see the little boys who became friends 6 decades ago. All they want is to go home once more. 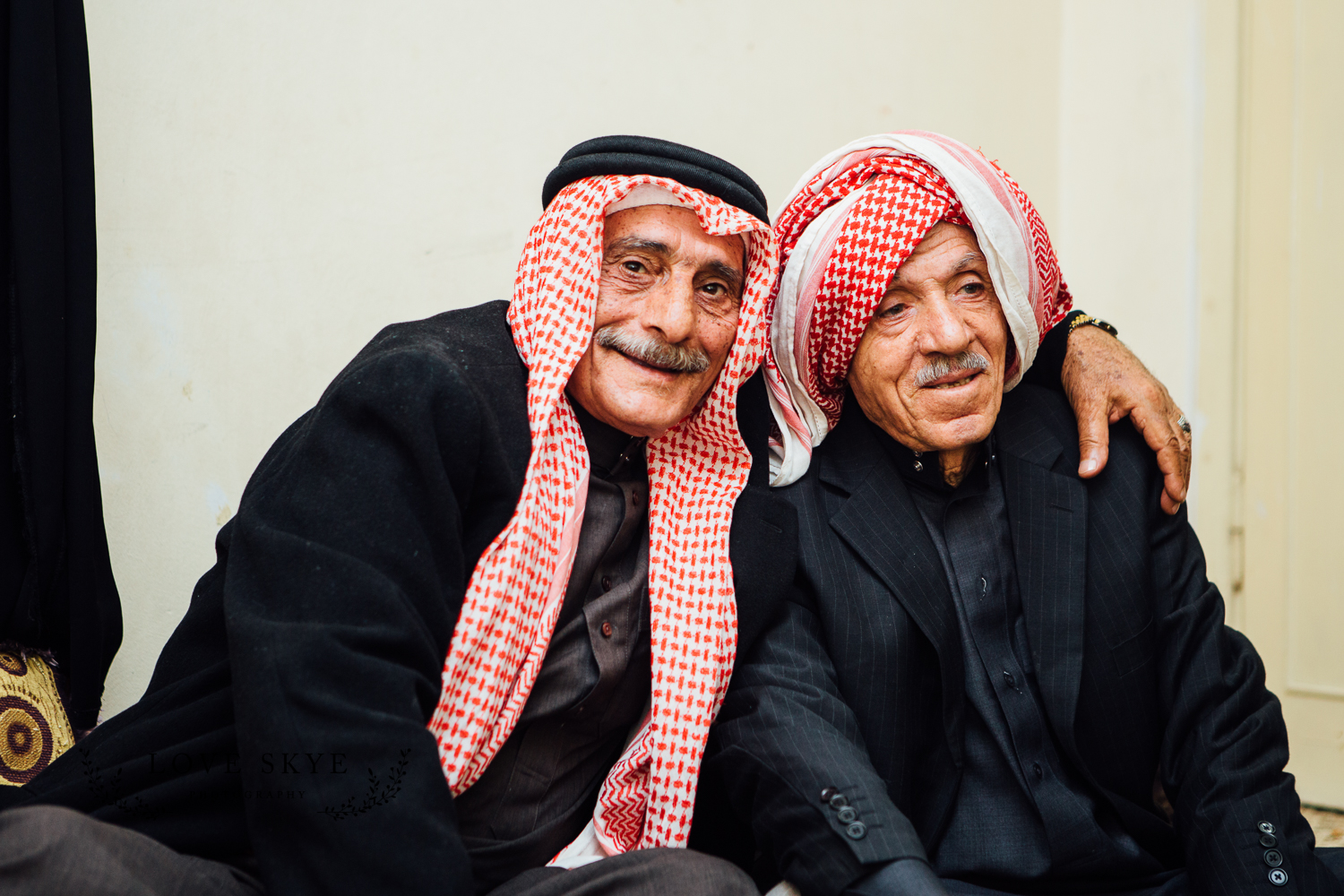 One of Feras’ 11 children, his 30 year old daughter and her 5 children also fled with him. She extended a warm and open friendship to us that overwhelmed me. Animated and engaging like her father, she spoke with passion and a sparkling wit about their present. She is surrounded by friends both old and new. Her friends dropped in over the afternoon and the warmth and closeness of their relationships and the support they offer to each other was obvious and heartening. They nudged each other and whispered and giggled at their own audacity. They see each other very day. I was so glad for them. In the worst of times they have formed a circle of the best of friends. They see the positives in their situation. It is hard but the children are happy in school and the local population is welcoming and kind. There is one enormous sadness in their lives. Their father is not there. He left 2 months ago to seek treatment for cancer. Treatment he cannot afford in Jordan. They don’t know when they will see him again.

As we start to make our goodbyes, there is more giggling and more children race in. More photos are taken and admired. One boy asks if he can have his photo taken with me. Quickly, 2 of his siblings squeeze into the shot and embrace me. My smile is huge. The gifts I have received today leave me humbled and uplifted. 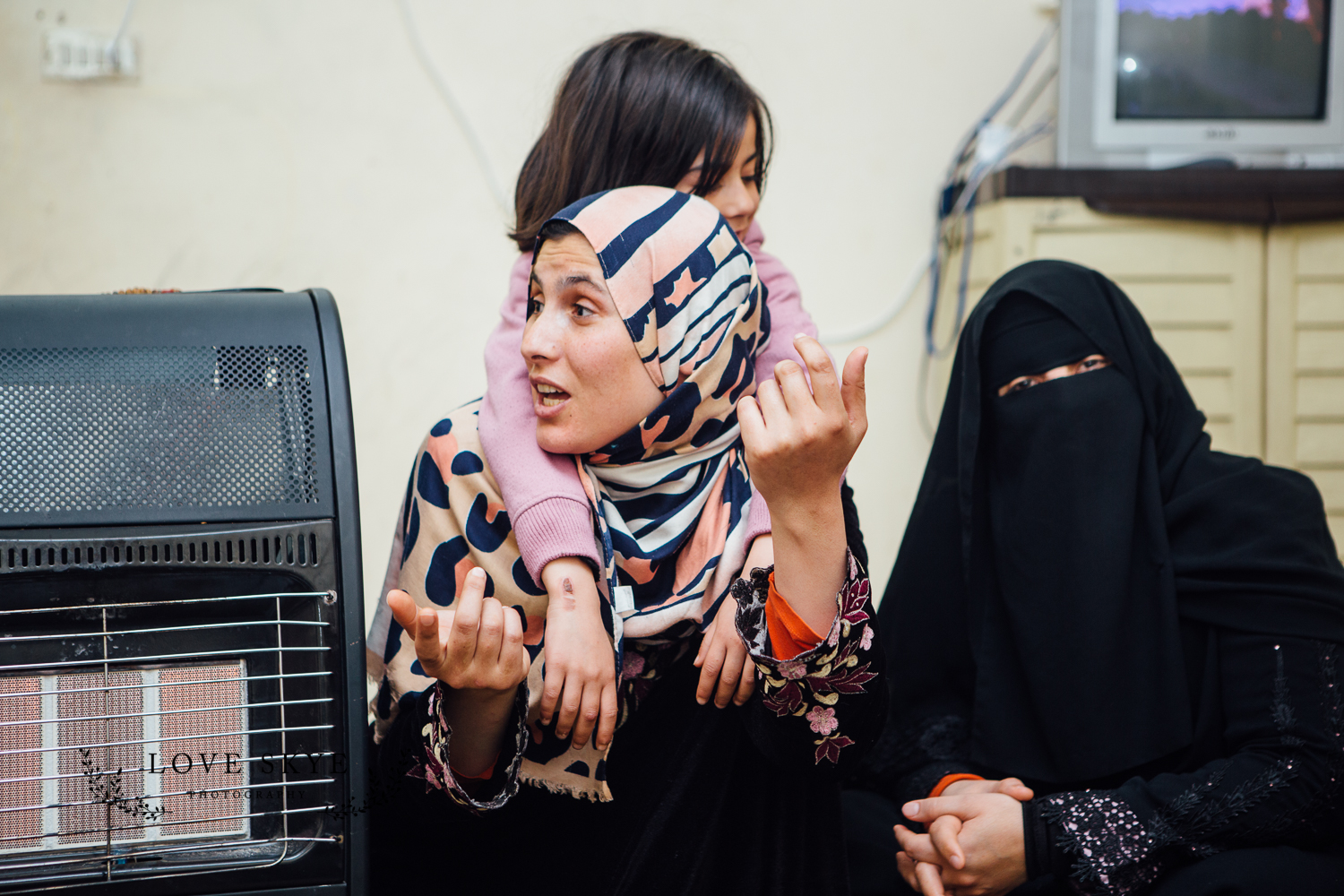 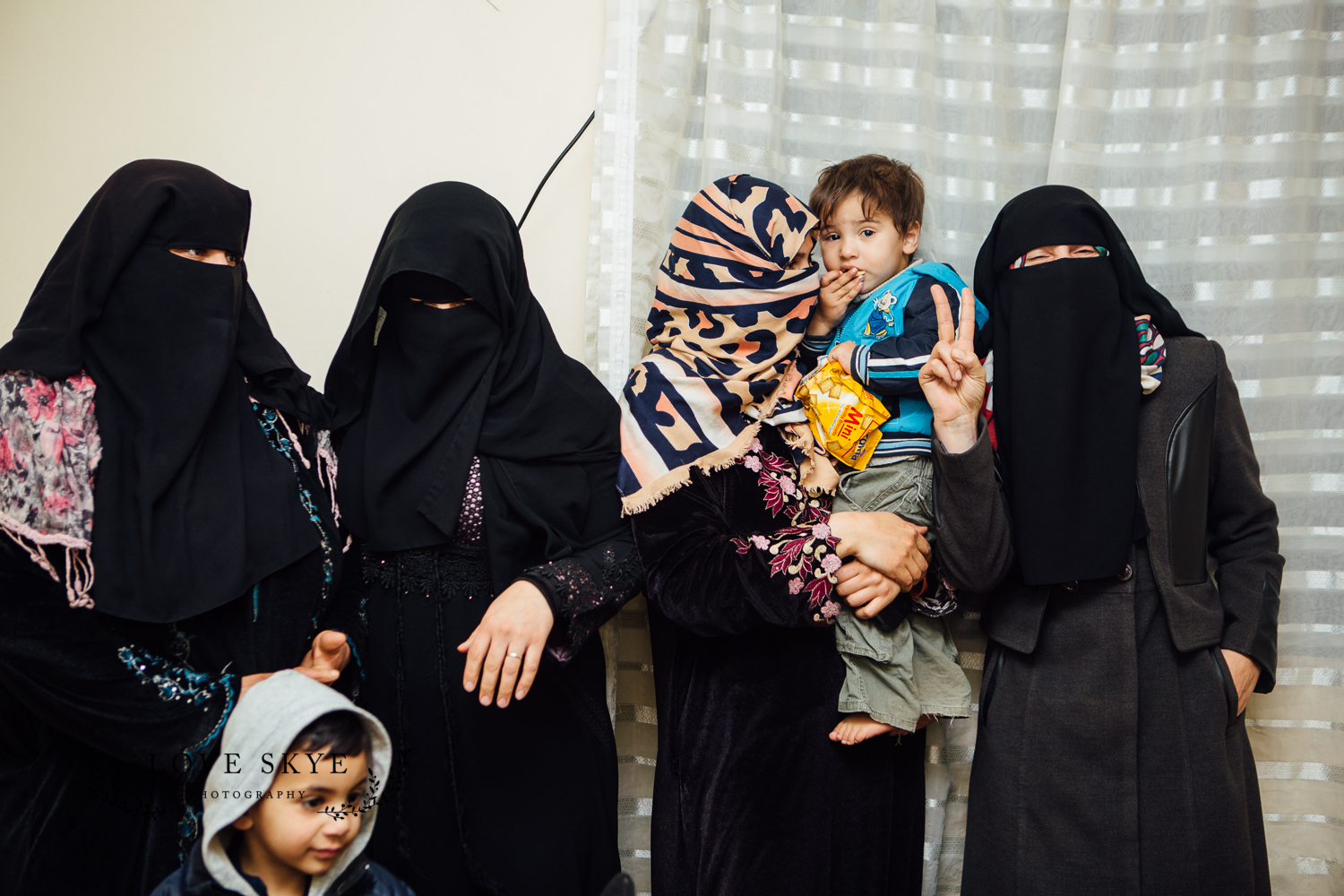 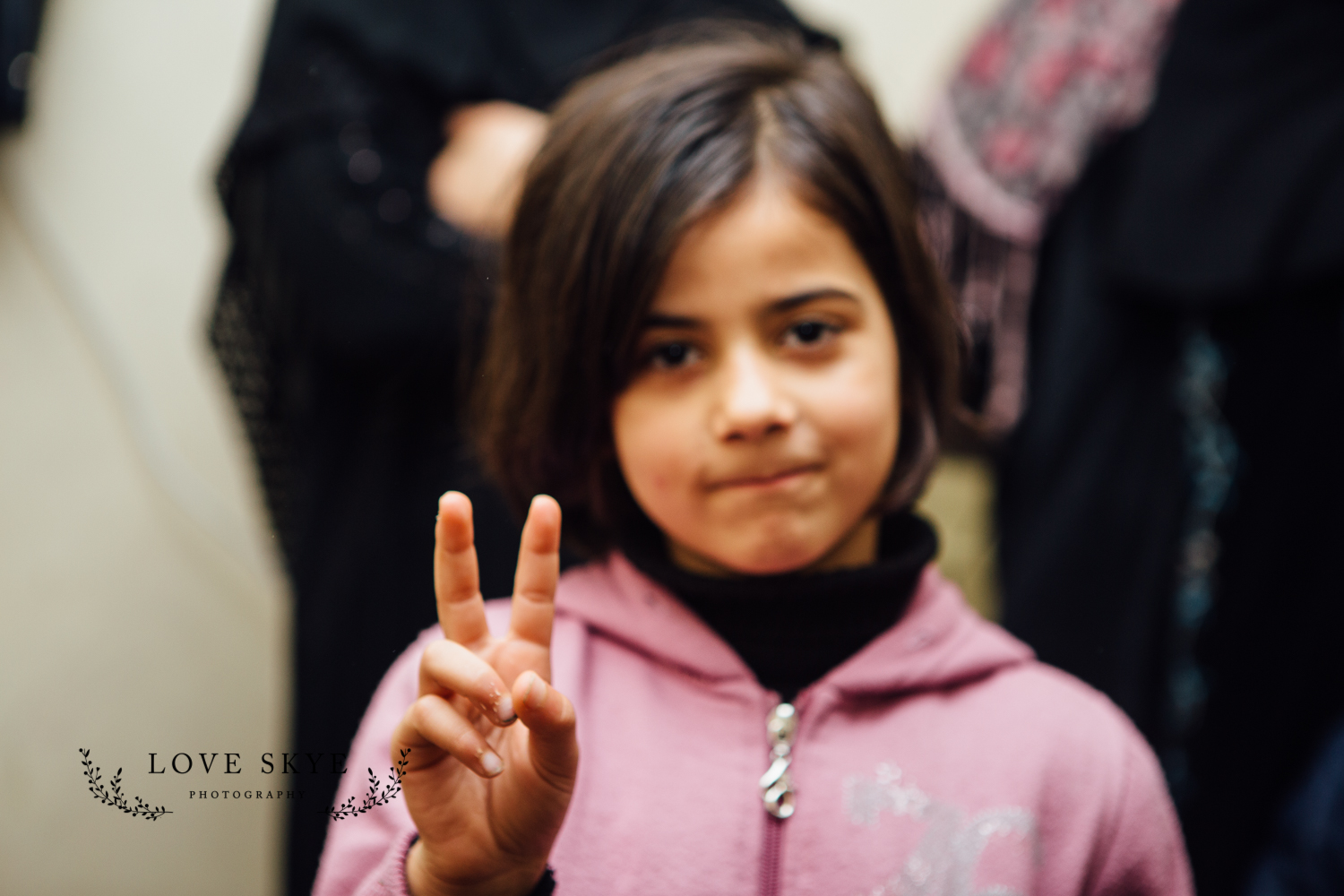 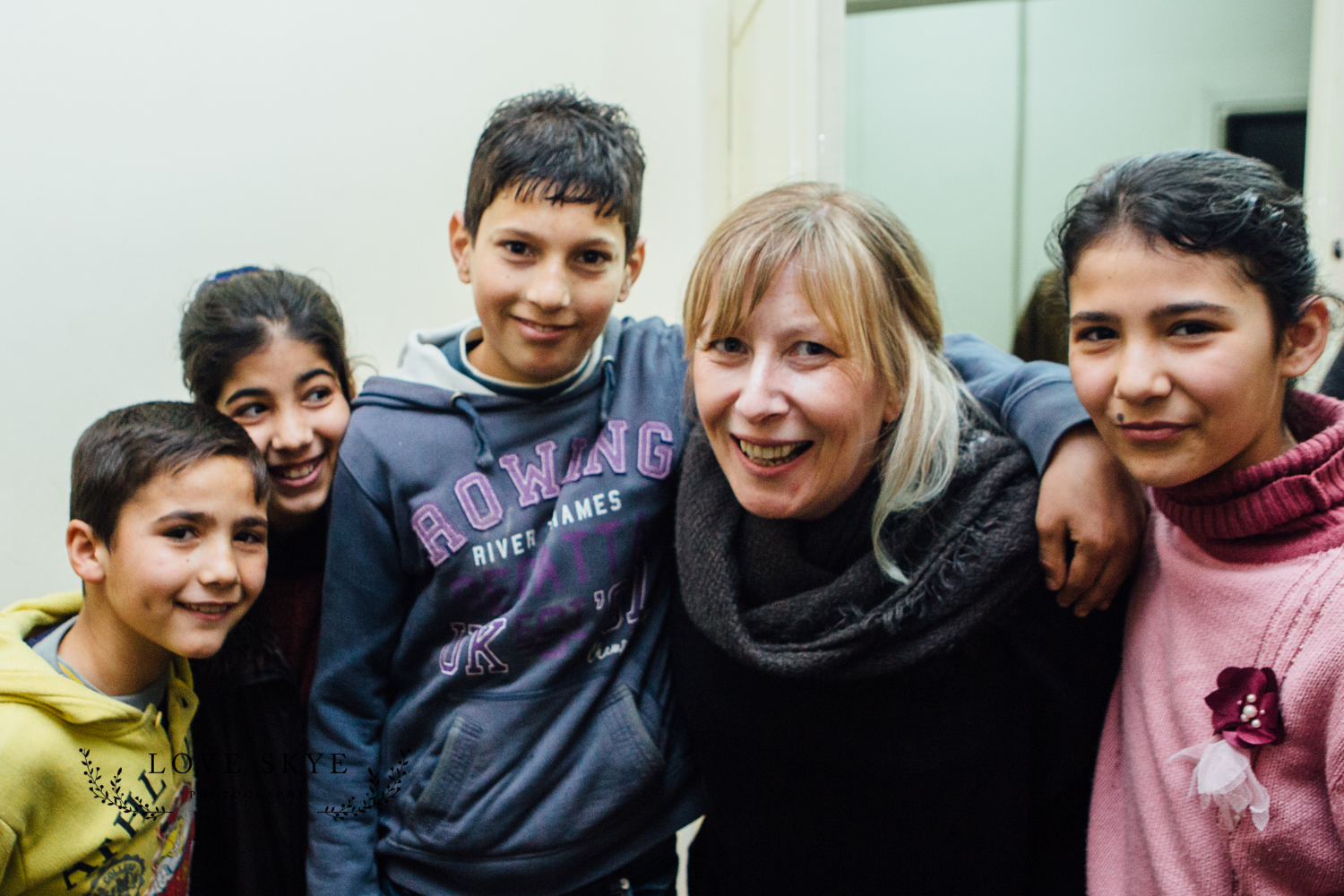