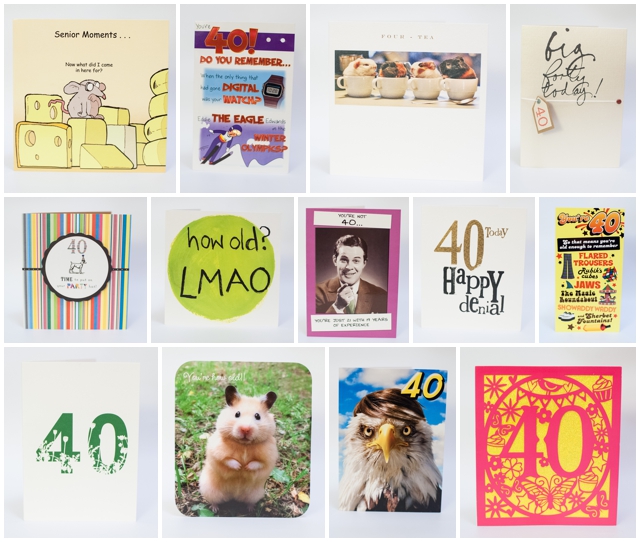 Apparently, I just turned 40. I was 39 for a whole year so I had plenty of notice but it still came as a shock. I don’t feel it, I don’t look it and there’s no way I’m mature enough for the middle-aged tickbox. I’m the same age as Victoria Beckham, Robbie Williams, Penelope Cruz, Leonardo DiCaprio and, er, Bagpuss. How did this happen?!

The build up to my 40th took about 25 years. When I was a teenager I looked much younger than I was (unsurprisingly, my social life was a late-starter) and people said to me “oooh, you’ll love that when you’re 40!”. When I was in my twenties, ignoring my concerns about being taken seriously at work (and since then in business), people would say “just wait until you’re 40!”. At my 30th birthday party, the DJ thought it was my 21st.

And so it continues. Perhaps those folk were right. I’ve quite enjoyed the reactions I’ve had over the last couple of weeks – some people have expressed disbelief, some thought they misheard, some are confused… but not as confused as me, frankly. I’ve looked in the mirror and had to check my driving licence but my poor parents assure me they really have had to put up with me for this long.

My brother-in-law is working incredibly hard to convince me and everyone else that I’m at least a year older than I am. And he’s successfully brainwashed my niece (she’s nearly 4). She was recently asked to name the oldest person in the room; she said “Auntie Julie”, clearly misunderstanding the relationship between me and her Gran. My BIL asked “how old will Auntie Julie be?” and she replied “lots of old”. I can’t even swear in front of her!

But here’s the thing: does this mean I’m supposed to be grown up? If so, something’s gone badly wrong.

I have a mortgage, a pension, a business, an accountant. But I’m sitting here eating Haribo. It’s true, my most exciting birthday present was a food processor. But my second most exciting present was a Lego Superman keyring. I take part in careers events to speak to kids and students about life as a photographer and jobs in the media… I manage to convince them I’m an adult. Yet I’m still small enough to get into soft play and I often need someone to remind me to tidy up (exhibit A: my decluttering blog). 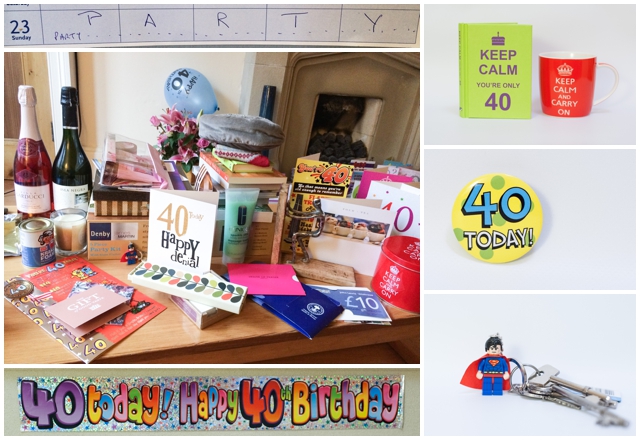 Lots of my friends have children. My little sister has children! Sometimes I’m even left alone to take care of one all by myself. It’s almost as though I am an adult… except I love to play hide’n’seek, can happily go to work in my pyjamas (it’s a 10 second commute to my office), and am still fascinated by my nephew’s toy garage (I coveted a friend’s Fisher-Price one when I was 5).

My birthday spoils of gift vouchers for very grown-up establishments will be wisely used to buy new pots, utensils, a bathroom cabinet and fluffy towels. But I’m eking out the spending so I can pretend it’s my birthday every week for as long as possible.

I wasn’t allowed to open any of my own presents – my niece, nephew and my cousins’ young children saw to that. And I let them. How grown up! But while the kids went to wreak havoc in my parents’ kitchen, I initiated balloon play with my Mum and her cousins which, er, resulted in a broken light bulb. We were briefly grown up about this but quickly brushed it aside and carried on. Hmmm, maybe even the generation above me aren’t mature either. 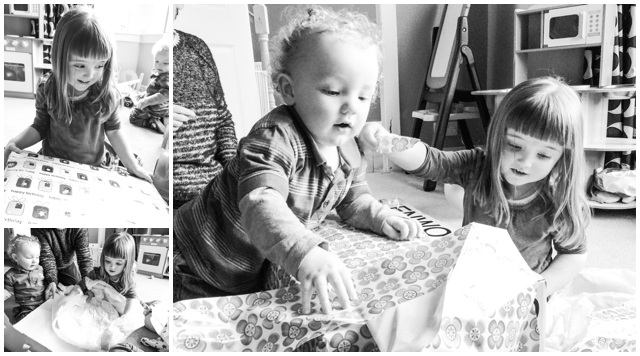 It’s also painful to confess that I’ve noticed an increase in what can only be described as Bridget Jones incidents over the last few weeks. I’ll spare you the details but one included a left luggage man and a pair of knickers. Surely this stupidity can’t happen if I’m a sage 40?

“You can’t turn back the clock. But you can wind it up again.” – Bonnie Prudden

As the final witching hour approached, I realised I’d be in my forties. My forties! But it was too late to stop the clock. And I was more excited than fearful. I had a list of things to do before I was 30 but instead of ticking off tasks to mark the end of my thirties, I decided to live 40. I made plans for six celebratory events in one week: a lunch (we took the kids and the dog to the pub), a night at the Comedy Store, a makeover, a family party, dinners and drinks in Glasgow, London and Perth. And it’s not over. I’m stringing this out for the year. They say life begins so I’m going to focus on living. I’m tying up loose ends and I’m planning firsts – a race, an adventure, a deliberate attempt to get ID’d buying booze 😉

There’s lot of negative stuff written about 40 with too much focusing on the wrinkles, the grey hairs, fatigue and a ticking body clock. But the positives are so much more interesting – we know who we are and we don’t care what people think, we’re not going to waste time tolerating idiocy or trying to turn back time. I’ve spent years worrying about more things than I care to think about now – scores of ‘what if’ and ‘if only’ scenarios, other people’s opinions, how I look, what others thought I ‘should’ be doing, making anxious comparisons. Well, enough of all that. Turning 40’s been an amazing opportunity to reflect and make changes. It’s fun. It’s liberating.

“You can’t help getting older, but you don’t have to get old.” – George Burns

I’ve had a definite spring in my step over the last couple of weeks. My friend Richard (we’re not the same age but we share a birthday which means he is naturally wise… we’ll ignore the fact it’s also shared with Paris Hilton) coined an eloquent phrase: it’s the f**k it forties.

So f**k it, I’m 40. That’s the theory, of course. Please excuse me while I smother my wrinkles in Nivea, put on my new bed socks (I have such kind, generous friends) and get an early night so I can spend tomorrow worrying about what everyone thinks of my writing and how to find the energy to drag my aching bones to the gym. 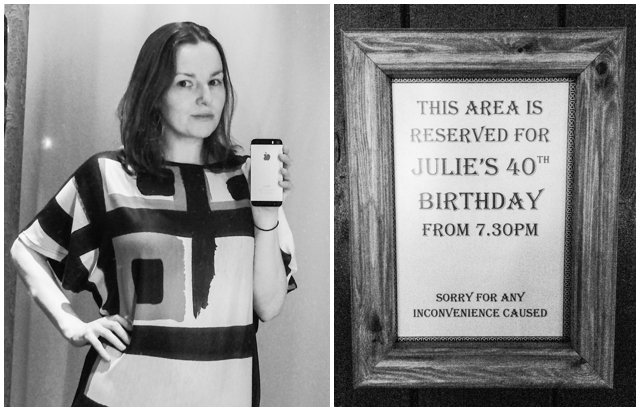