Headphones, The Pavement and Me (The Tipping Point) 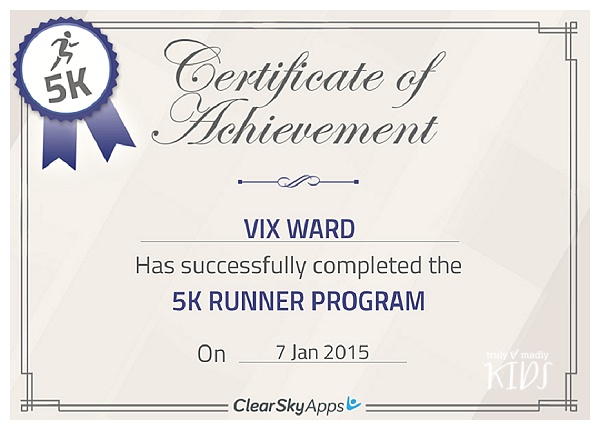 “When I see a Jogger smiling, that’s when I’ll try it.” – Joan Rivers

Oh, and how I used to agree. There would have been nothing worse, in my opinion, than leaving a snuggly, comfortable couch to go outside and run around the streets. Just, ugh.

Then something happened. One day I woke up, scrolled through the App store and found myself downloading the Couch to 5K app, being promised to get my lardarse off the couch and being able to run 5k in just 8 weeks. Yeah, right.

To give you a bit of background, there were things going on in my life that were, and still are, going on. My Dad, that very week, had been admitted to hospital with blood clots, my husband and I were going through a break up and I think I was looking for something that just enabled me to get out of the house and be alone for a while. We all need that sometimes. I’ll still never know why I just didn’t go for a walk. I think they call it the tipping point.

TIPPING POINT (noun) – The point at which a series of small changes or incidents becomes significant enough to cause a larger, more important change.

The first night I started was November 5th and I kind of strategically chose that night because I knew that 1. It was very dark outside and 2. There would be lots of fireworks going off (stay with me). I suited up (of course I’d been shopping for ‘running gear’) and then clicked the app. It starts off by telling you to warm up for 5 minutes by walking but then the dreaded words are uttered by my trainer, “Now start running!” The timer showed that I would have to run for 1 minute before walking again for 1  1/2 minutes. Keep in mind that I couldn’t even run to the fridge at this point, running for 1 whole minute damn near killed me. My throat was on fire, I had a stitch in my side, I could hardly breathe, I was hallucinating but at least I had Unicorns to keep me company. This went on for half an hour, half an hour of hell. The fireworks helped spur me on, it felt like they were just for me, urging me to continue. I arrived home and promptly collapsed on the couch. The family thought it was hilarious. I felt…weirdly satisfied.

It’s very important to leave a day of rest in between training to give the muscles a chance to recover and I, for one, was not going to argue with that theory. Looking through the app I scoffed at the day, somewhere in week 6, where he’d want me to run for 8 minutes NON-STOP. Oh how I belly laughed. That would just not happen but intrigue got the better of me. Could this fat girl actually get to that point?  For my second training session I stuck the headphones in my ears, queued up some cracking tunes, and promised faithfully that I would do everything he told me to do. The cheeky sod upped the running to a minute and a half each time, which hurt but I managed, just. I may have puked in the gutter at one stage too. With each run I can literally feel my lung capacity changing, my leg muscles are changing shape, or rather, regaining their shape and I have experienced the running high that can only be likened to my first orgasm, it’s fantastic and left me wanting more!

Fast forward and I’m now at week 6 AND I’m running for 8 minutes at a time. ME. RUNNING. FOR 8 MINUTES! I have lost a stone and a half in weight and actually really look forward to running, like, REALLY look forward to it. I’m not sure that I could run with anybody yet as my ‘run’ is probably a slow jog to the more hardcore but I don’t care. I’m fitter, healthier and completely astonished at what can be achieved in such a short space of time. I have been genuinely surprised by the support that my girls have shown me and, given that the app can post to Facebook when you’ve completed a run, the support from my online friends has almost held me accountable to them.

For those of you that have made New Year’s resolutions to start exercising and you fancy a challenge then I urge you to try this app. It’s £2 well spent and, dare I say, it’s changed my life. Don’t let anyone tell you that you can’t do it. I was certain that I couldn’t do it and convinced that I’d have to lose the excess weight BEFORE I started anything like this. Wrong. NOW is the time act. NOW is the time to start improving your health and, in turn, that increases your happiness. OK, it doesn’t pay your bills or do your washing but it does give you some quality time with yourself and if you pick some fantastic music to listen to then life just feels great.

1. Music – without my headphones and my favourite music I really don’t think I would have got past the first week. Fact.

2. Knickers – Make sure you wear the correct type of knickers, nothing ruins your run more than holding on to your drawers for 40 minutes. What is comfortable in the office might not stand the rigours of running and the people driving along Lulworth Road one winters morning will attest to that fact. The moon was still out.

3. Bra – For goodness sake buy the best sports bra you can afford. I am of the big boobed variety and made the mistake, in the past, of trying to run with a balcony bra on. Sprained boobs are a thing.

4. It’s OK to wear trainers but, if you can and you’re serious about keeping this up, buy a decent pair of running shoes. You’re whole body will thank you.

5. Follow the rules. If it says to wait a day before taking a run then wait a day. If you want to exercise then jump on a bike or just go for a walk, the risk of injury just isn’t worth it.

UPDATE: January 7th – This morning I have completed my 5K challenge and ran the whole way! It was hard work but that was probably due to the fact that I missed a couple of sessions over Christmas. I feel elated and very proud of myself for completing it. Now what? 10k???

Therefore, this week, my word of the week is RUN

Be brave and do something amazing today, 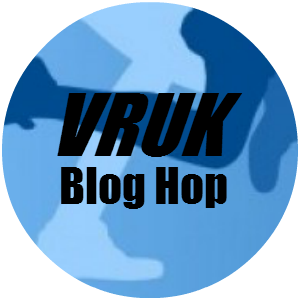