Have you seen that just to the right of this post there is a link to Hobbycraft… just there… and that’s where I was… just in Hobbycraft when I had an idea! Now, you won’t need to actually go to the shop as you can just click the link and order what you need!

They sell all sorts of lovely pom pom kits with the balls already made but I was immediately transported off to my youth when I had a passion for created all manner of fluffy balls. My mum is a great knitter so there was always tons of double knit lying about and one Christmas I was given one of my most favourite presents ever… a pom pom making kit!

For these lovely cute spiders and bats you will need:

Some card board (or a pom pom making kit)

Black double knitting wool (and other colours too for effect)

A pack of googlie eyes or some white felt in addition to the black to make your own.. I was just lazy.

For those who have never made pom poms you need to cut yourself two circles of card with a second circle cut out of the the middle. Put the two circles together and pass wool all the way round the edge and back through the middle. This is time consuming but quicker of you cut the wool into long lengths that are doubled up or quadrupled. 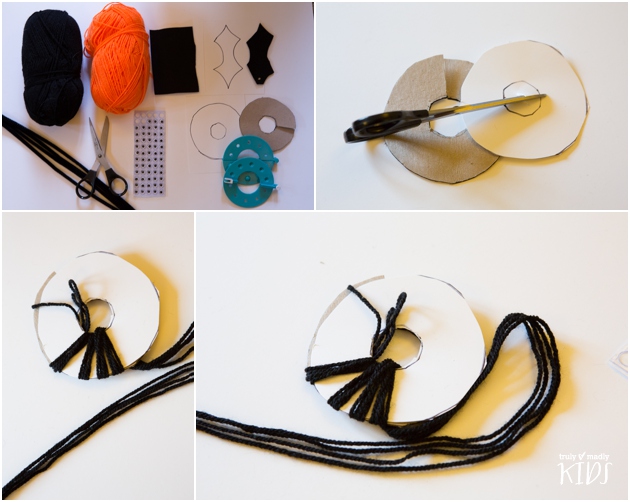 You need to keep going until there is virtually no room in the middle so that you end up with a full and fluffy end result. If you don’t use enough wool your pom poms will be sad and straggly, not good! Here goes with my pom pom maker! 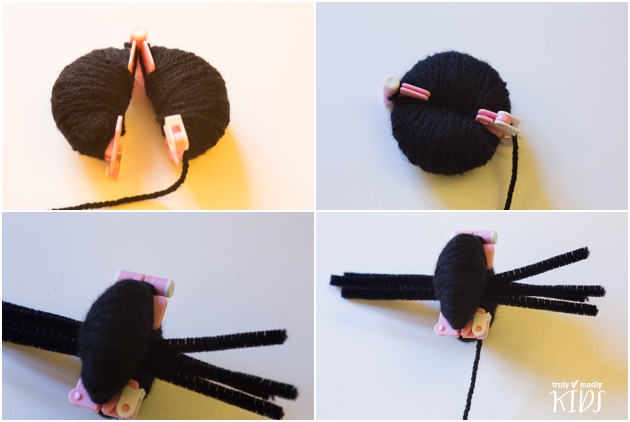 At this point for spiders you need to push four pipe cleaners through the centre. If you are making a bat, cut out two bat wings from felt and tie them together with some wool, slightly shorter than the diameter of the circles. Push these through the centre so that the wings dangle on either side. 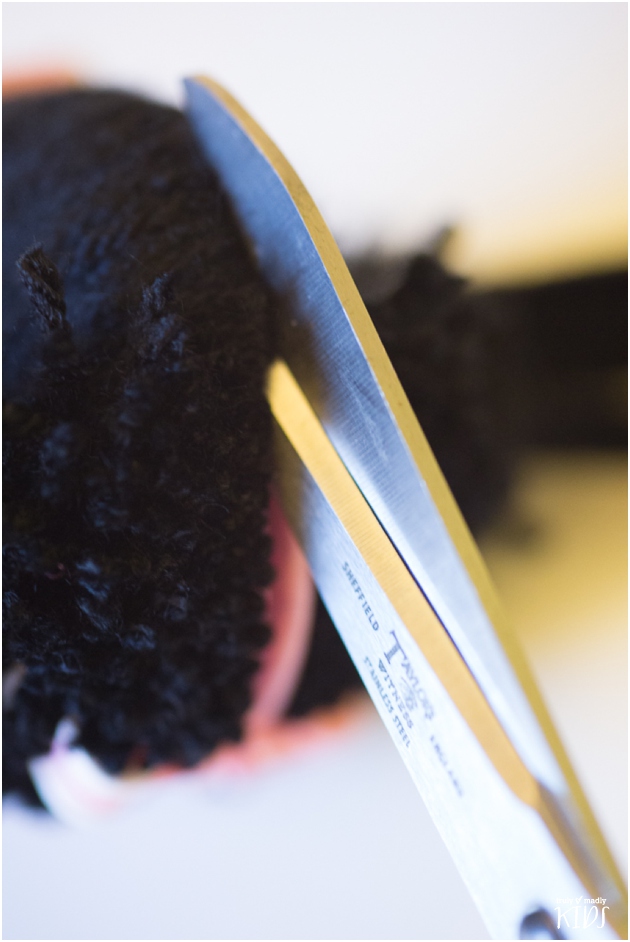 If you are hanging them don’t forget to leave some extra length at this point. Cut the card board out and ta da!!! One pom pom creature!

Then you can get creative…