HERE’S ONE I MADE EARLIER – INSTANT FATHERS’ DAY CARD

Alert! Alert! Fathers’ Day is this Sunday, 16th of June. Unless you’ve been hiding under a rock, you will have already noticed that the aisles of Boots are groaning with toiletry sets of Brut and petrol stations are offering you deluxe car tool sets at the checkout.

If, like me, you refuse to bow to the commercialisation of a day that has its origins in…errr….commercialisation, then read on. We have a making project that doesn’t require any real making yet shows pre-meditated thoughtfulness and a dash of humour. With all the money you are saving on the card, you can afford to buy any dads that you appreciate, a little something special.

Yes, days like fathers’ day are an excuse to get the British public spending more money, but on this occasion, I don’t mind splashing a bit of cash to say thank-you to my other half, who is brilliant at the following dadly duties for two small girls…

So, as I’ve saved all that money on a card, I’m off to buy a really nice bottle of red wine, some stinky French cheeses and some wildly expensive oat biscuits which I know he won’t want to eat and drink alone. See how that works?

Our thoughtful printable ‘project’, can be downloaded and printed as a folding A4 card or an A3 poster. Enjoy! 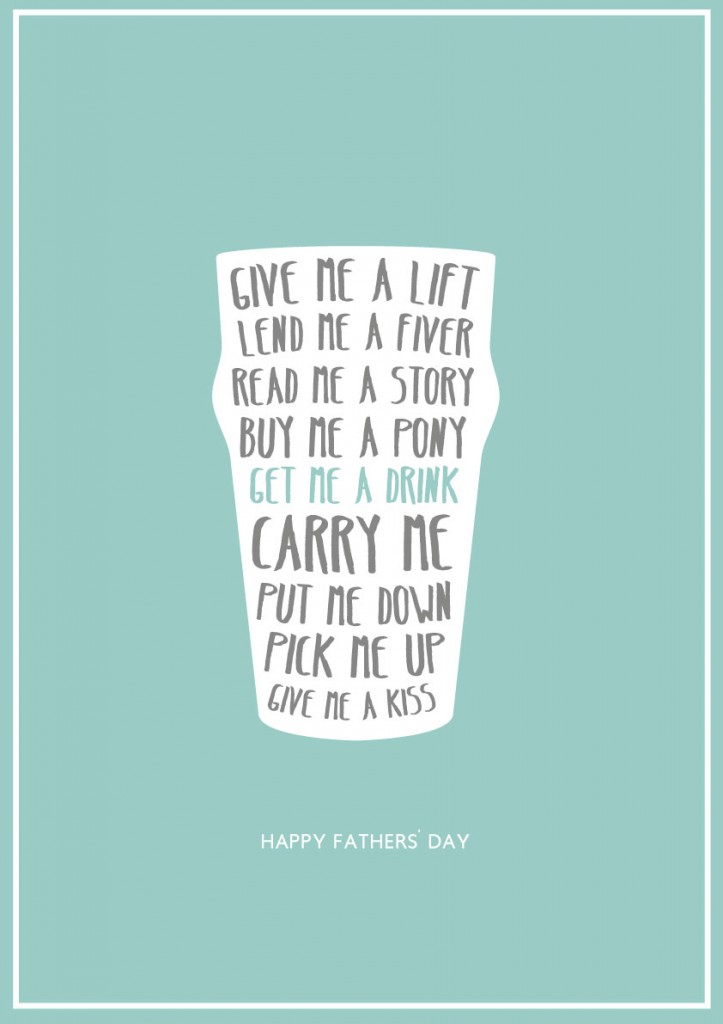