Exploring the City of London 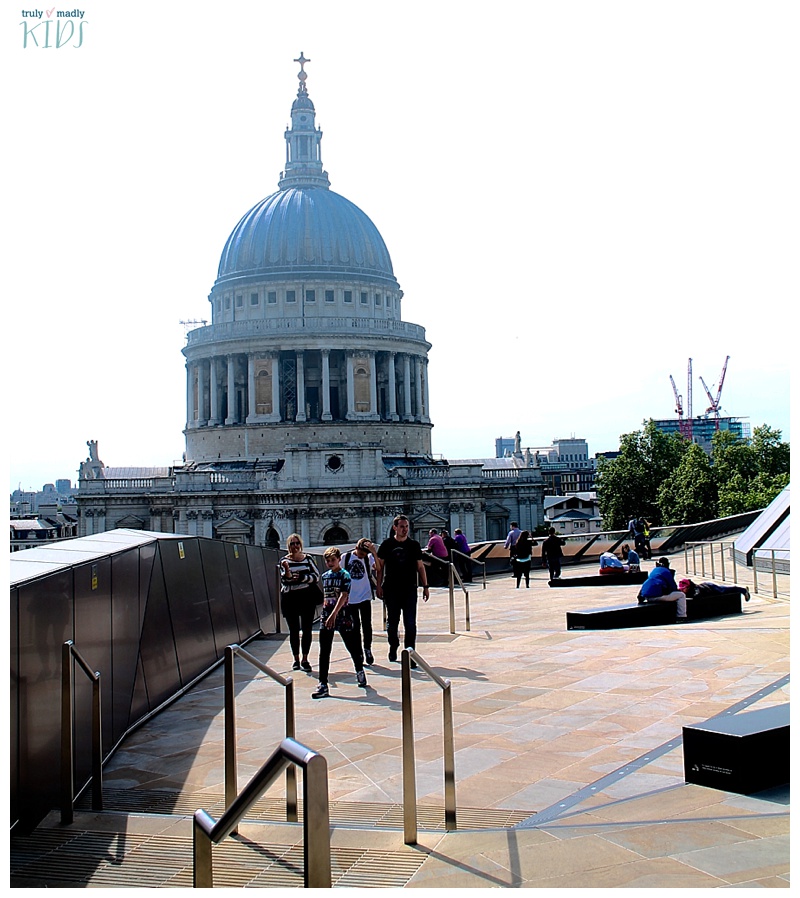 As you probably know, I live in London. However, this doesn’t stop us being tourists in our own city. However, we always seem to gravitate to the West End, and to the museums of South Kensington. However, there is a whole other area to explore, which is just fascinating and interesting – and that is The City. There is just so much to do, with museums, historical sites and some amazing architecture.

My children are quite amazed by the architecture of the city – they love spotting The Cheese Grater, The Walkie Talkie and The Gherkin. Obviously, The Shard is also very visible from the The City too. What’s even better, is that you can now go up The Walkie Talkie and enjoy the rooftop garden and the fantastic views … for free! However, you must book.

We really enjoy going to the roof top cafe on top of One New Change shopping centre. From there, you have fabulous views of the city and St Pauls. It is well worth going up there. The bar has gone a bit Ibiza-cool, but the terrace is still there and you can happily enjoy your own drink and take in that view.

In all the years I have lived here, I’d shamefully never been inside until I went on a school trip – it is the most incredible place. The children had both enjoyed it so much, we went back on our own. Although  you pay an entrance fee, you get a free audio guide. We all tuned into the kids guide, and it was amazingly easy to listen to and follow and the kids loved it. It gave little quizzes and interesting facts to dazzle the adults (I wasn’t allowed to listen to those bits), and it kept the kids completely interested. My son’s most interesting fact was that when St Paul’s was bombed in WW2, it was called ‘the second Great Fire of London’, whilst my daughter loved the fact that Christopher Wren was winched to the domes by a basket!

We were also allowed up to the Whispering Gallery (it really works!) and also to the outside balconies around the dome – the views are spectacular (I have a real thing for London views!). For the view alone, the entrance fee is worth it. 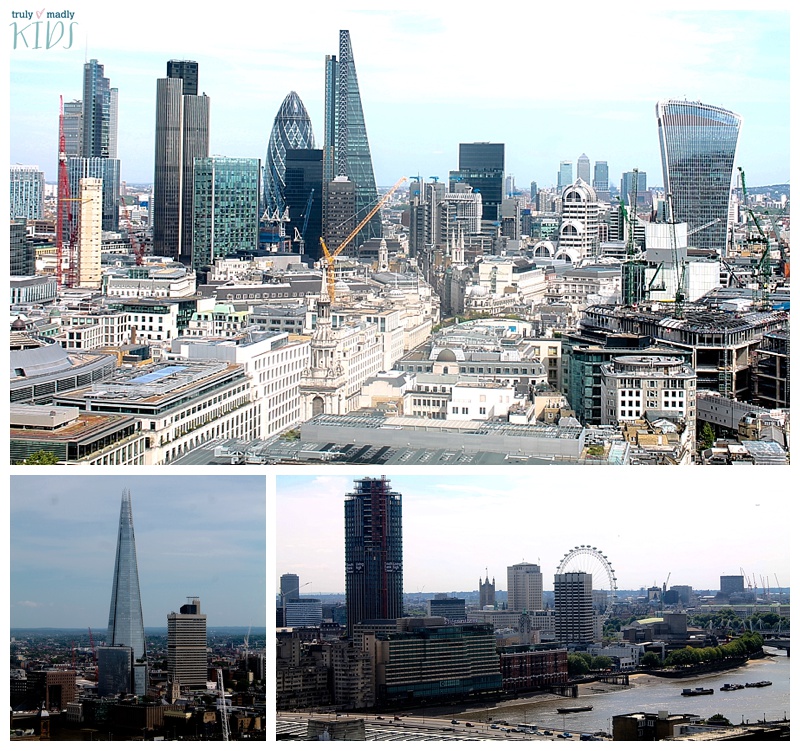 Due to the large working population in the city, all the family favourites are there. However, our particular favourite is Yo! Sushi. If I was to say to my children we are going to have raw fish and rice for dinner, there would be a rebellion. However, saying we are going to Yo! Sushi sends them giddy with excitement.

They love the whole performance of the place – sitting in a booth, taking the dishes from the carousel.

The dishes they particularly love are cucumber maki and prawn nigri. I am happy too, as I get my fill of dumplings and sashimi. On this visit I also had Tuna Tataki – tuna with chilli and shallots – a good addition to my Yo! Sushi repertoire!

There’s no scoop of ice cream for pudding here either, you venture into the new here as well. This time to kids tried Chocolate Dorayaki – chocolate pancakes with raspberry and chocolate ganache. Quite chewy, and a texture to be appreciated I feel. The manager also recommended the Strawberry Cheesecake Mochi, which is less chewy and with a little more crunch.

The city branch is right opposite St Paul’s, so you eat with a pretty spectacular view too. 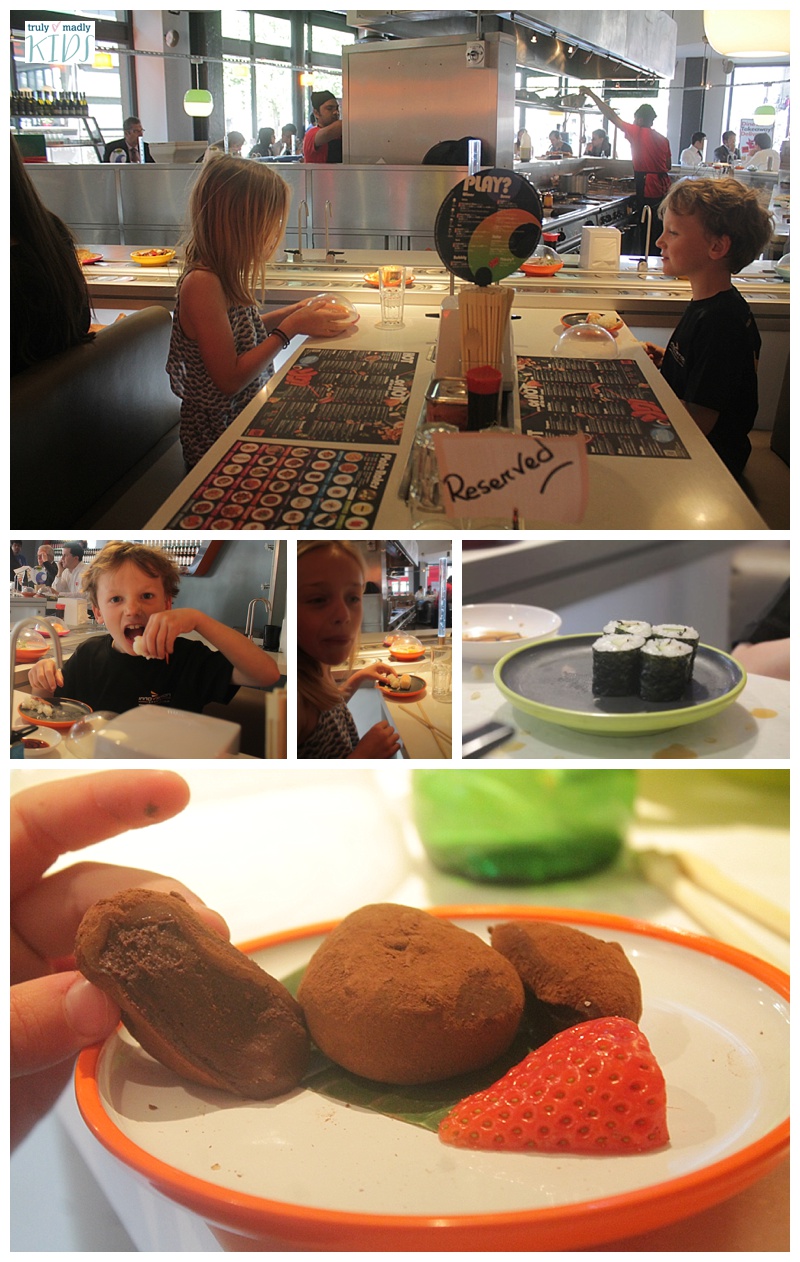 Please note, we were given a £40 gift card to enjoy at Yo! Sushi, but all opinions are my own.

This museum is situated on the site of the Roman London Wall (some of which still exists). I feel it often gets overlooked, however it is a gem of a museum. Free to enter, it charts the history from London before it was even London, through the plague, great fire of London, Victorian London to present day and the 2012 olympics. It’s fascinating – the exhibitions are well designed, and many are interactive. Well worth a trip.

So, you get bored of the city and its wonders. Directly over the road from St Paul’s is Millennium Bridge – which takes you onto the South Bank which is home to the Tate Modern, some wonderful shops, restaurants and street performers. What more could you want?! 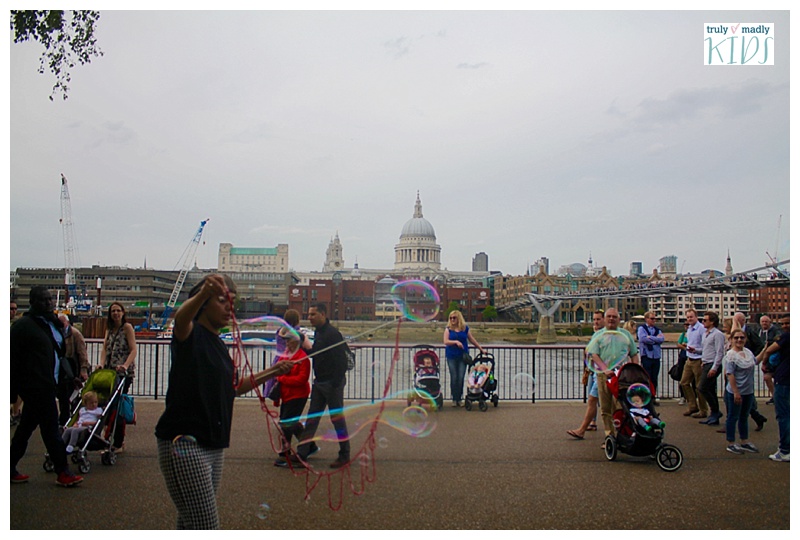 Another way to leave, aboard the 15 bus. Now a heritage route, with an old fashioned Route Master on the route, the bus takes you past the Tower of London, Monument, St Paul’s Cathedral and Trafalgar Square. All for the princely sum of £1.50