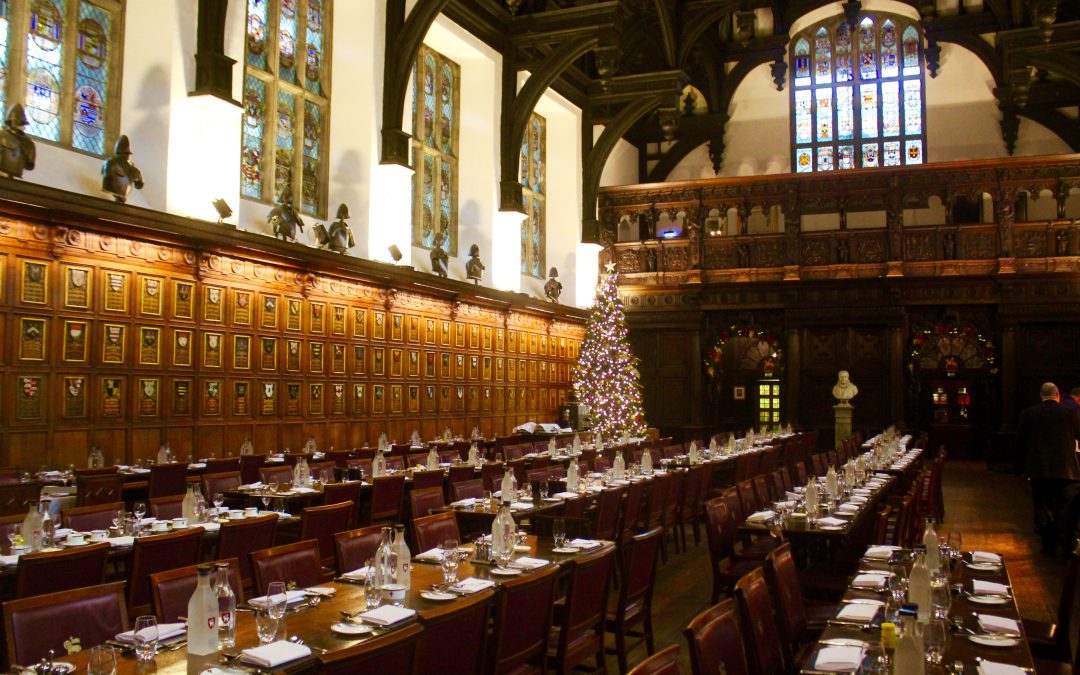 Even though I have now lived in London for almost 20 years, there are still so many places I have yet to explore, and the city is forever surprising me with its little hidden away secrets. Recently, I was invited to visit Middle Temple for a tour and lunch.

If you are a barrister, or involved in law, you may well have already heard of Middle Temple, for those of you haven’t, it is an Inn of court, which is a professional association for barristers of England and Wales. They provide dining facilities, libraries and professional accommodation. 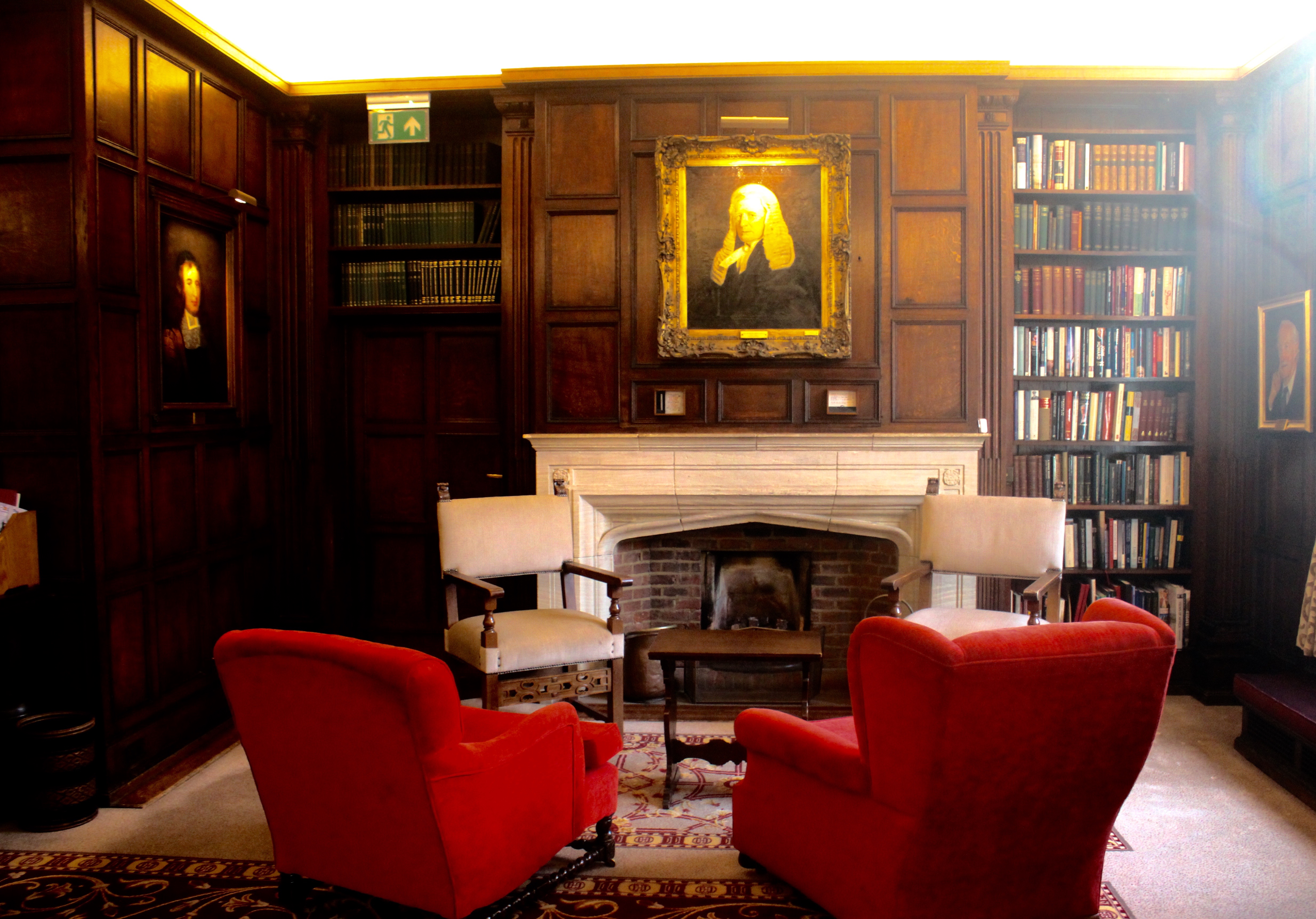 I really had no idea what to expect from either the tour, building or the lunch. I got off the train at Blackfriars (station with the most amazing views!), and walked down past the River Thames, a flurry a snow began. Snow in London happens so infrequently, that when it does it feels quite magical. And that magical feeling continued as I approached Middle Temple. Central London is quite densely packed with buildings, whereas when you approach Middle Temple, the green spaces are abundant and it’s clearly obvious you are in an ‘old part’ of London, with its cobbled streets and gas lamps.

As we walked in, the magic continued, the Elizabethan hall certainly knows how to impress. The hall has an air of Hogwarts about it, with a double-jointed ceiling and coats of arms surrounding the dining temples – you know you’re in a place steeped in history. The place is beautifully kept, and you’d never guess parts were damaged in WW2. We were particularly lucky, as the hall was decorated for Christmas, and it looked extra magical. 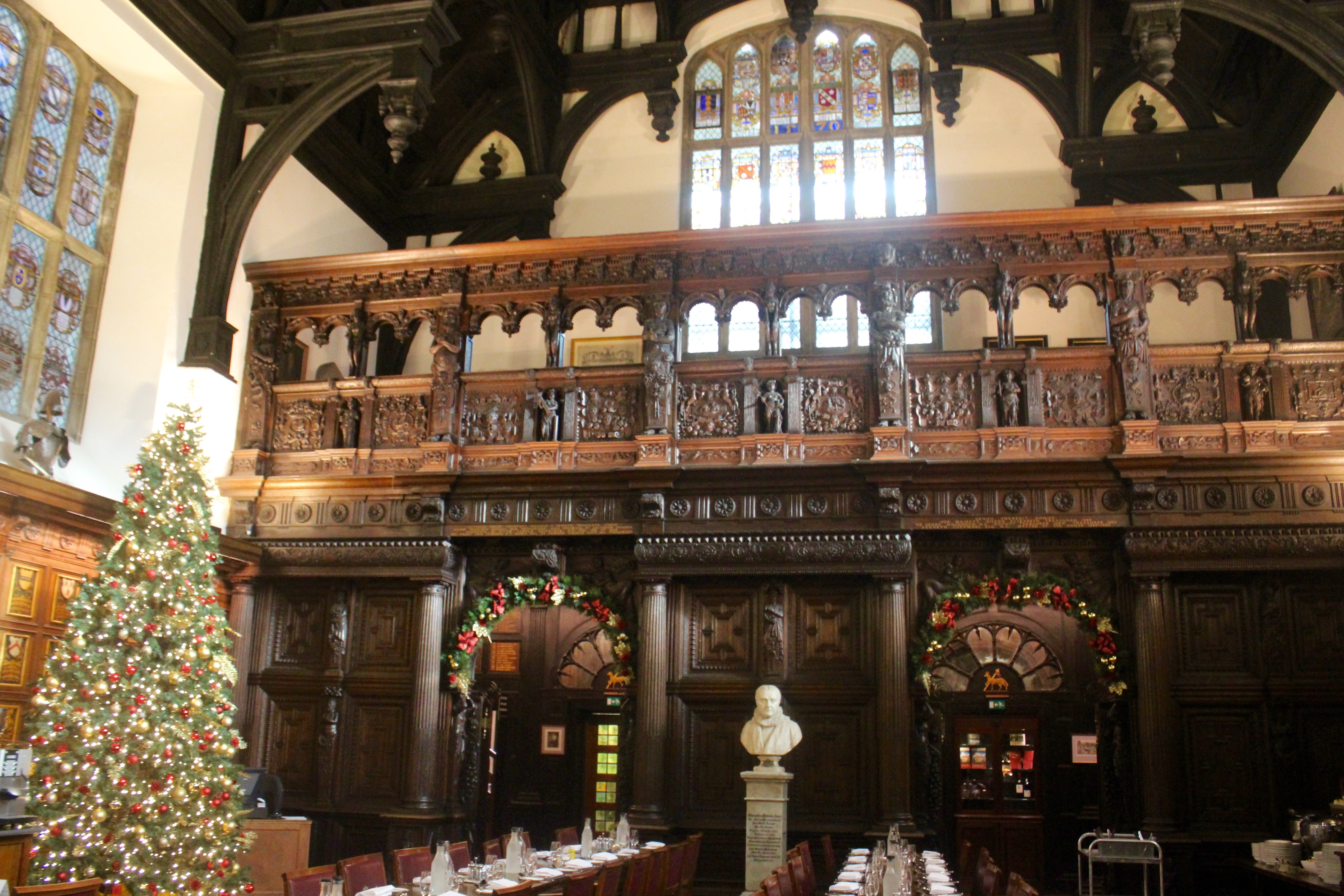 Our tour guide talked us through the hall and adjoining rooms and some of the tales of past it holds: The first ever performance of Twelve Night was at Middle Temple, with Shakespeare himself and Queen Elizabeth I watching it; The Queen Mother stirring a Christmas pudding and adding more booze with encouragement from others and her not liking a portrait of therself and lending one from the royal’s private collection, which still hangs today. 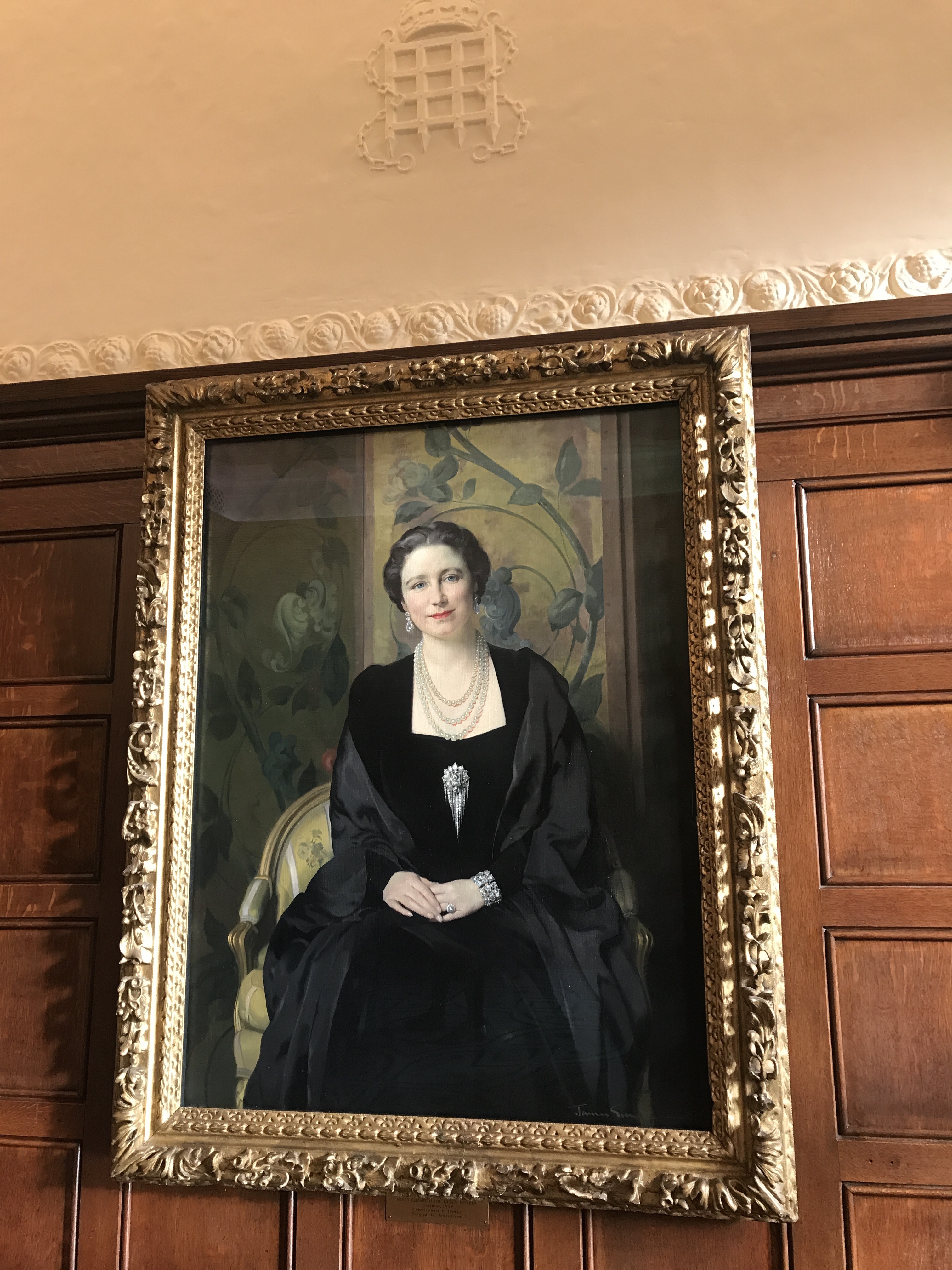 The only drawback to the tour is that even though the guide is incredibly knowledgeable, the tour itself at time was quite heavy with fact, whereas the anecdotes broke it up a little, I feel the tour wouldn’t suit children or easily bored adults! 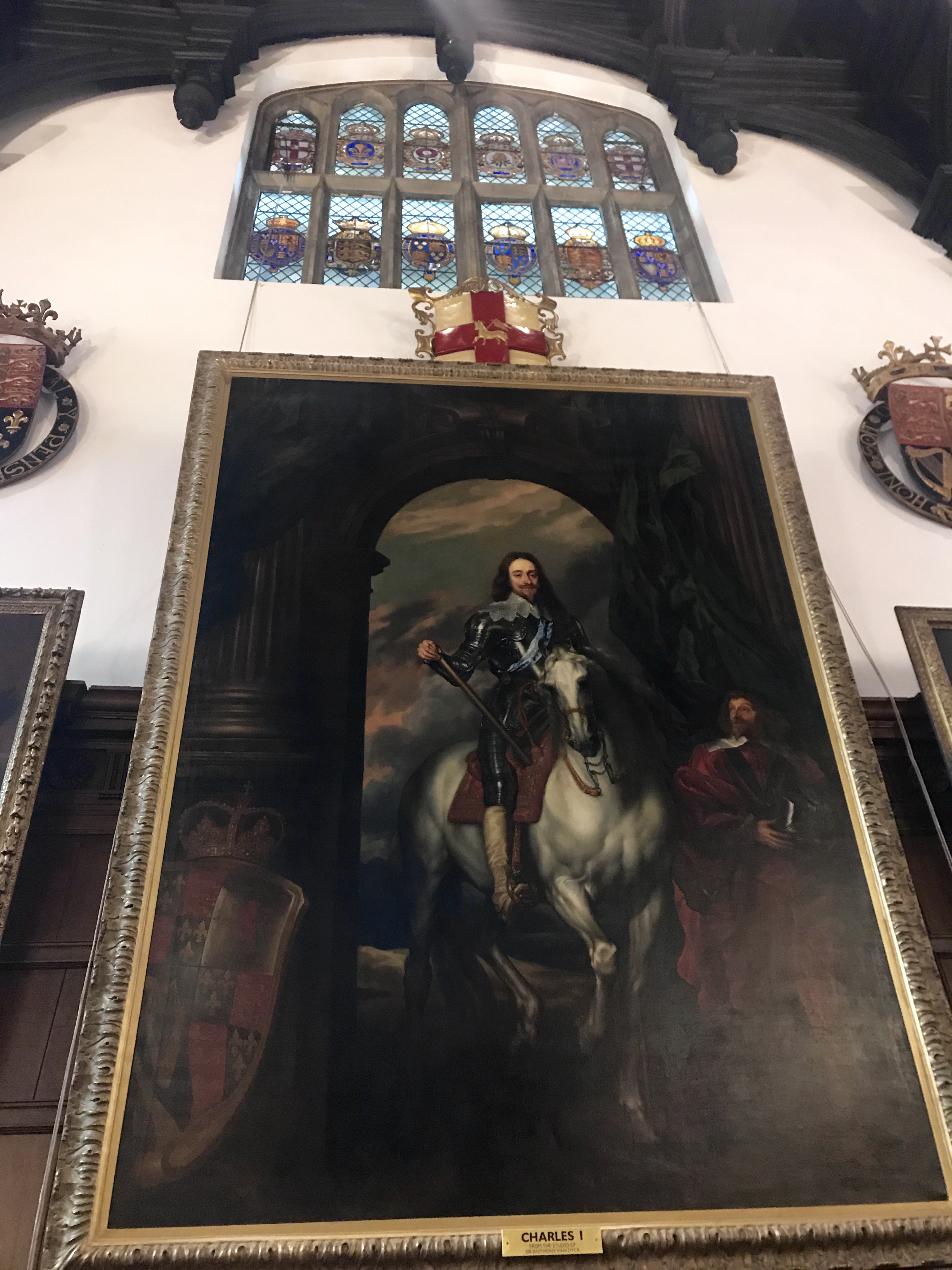 As part of our tour, we had lunch in the hall, sitting on the long tables, surrounded by barristers. Essentially, this is their work canteen. A fair bit different from any other work canteens I have frequented! The food is obviously good, with lots of choice for meat eaters and vegetarians alike. Apparently, Middle Temple prides itself on its excellent wines: One of the tales included the fact that no single bottle was broken during the bombing of WW2! 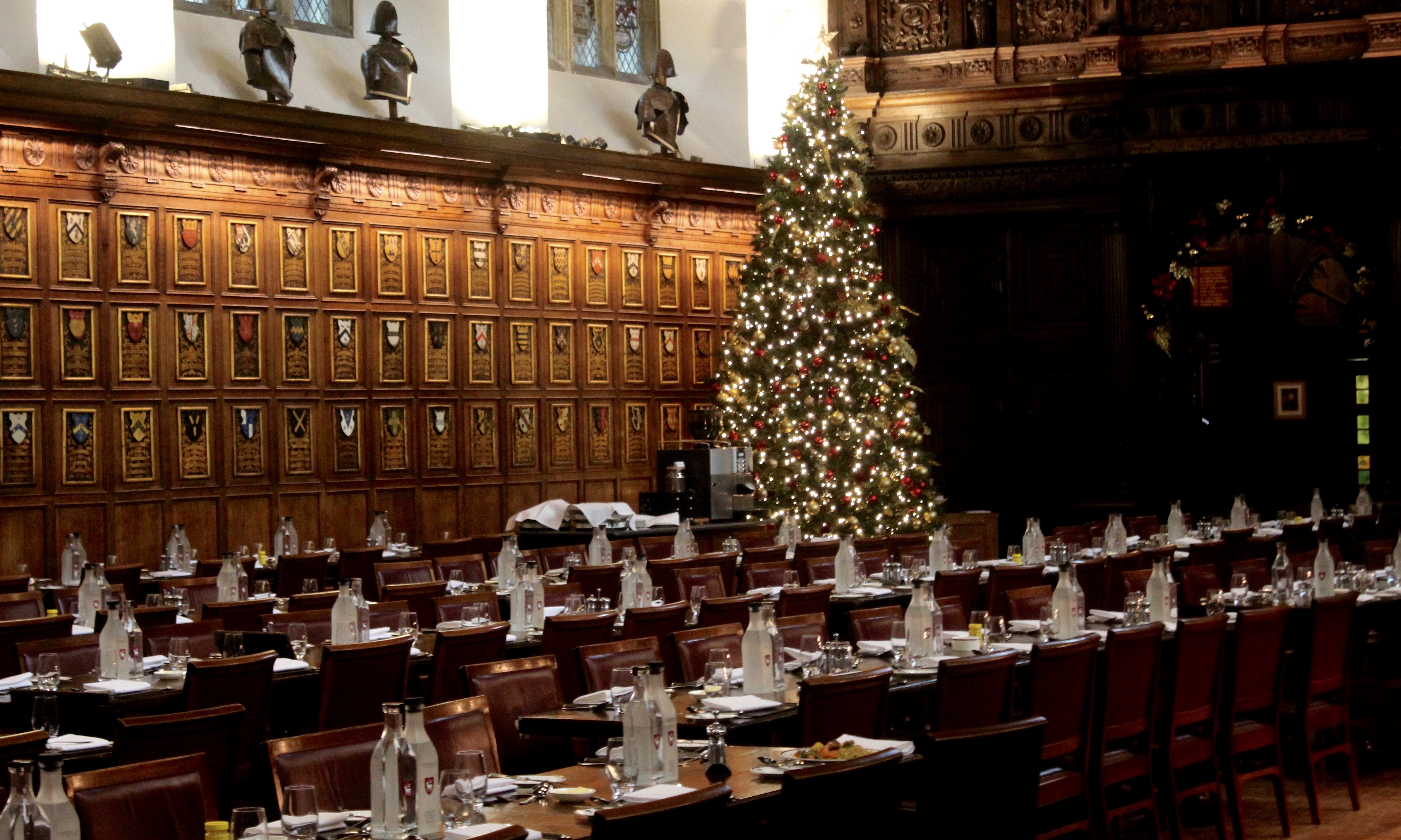 This certainly is a hidden part of London, and not at all on the beaten track. The place exudes history and really is a glimpse into another world. 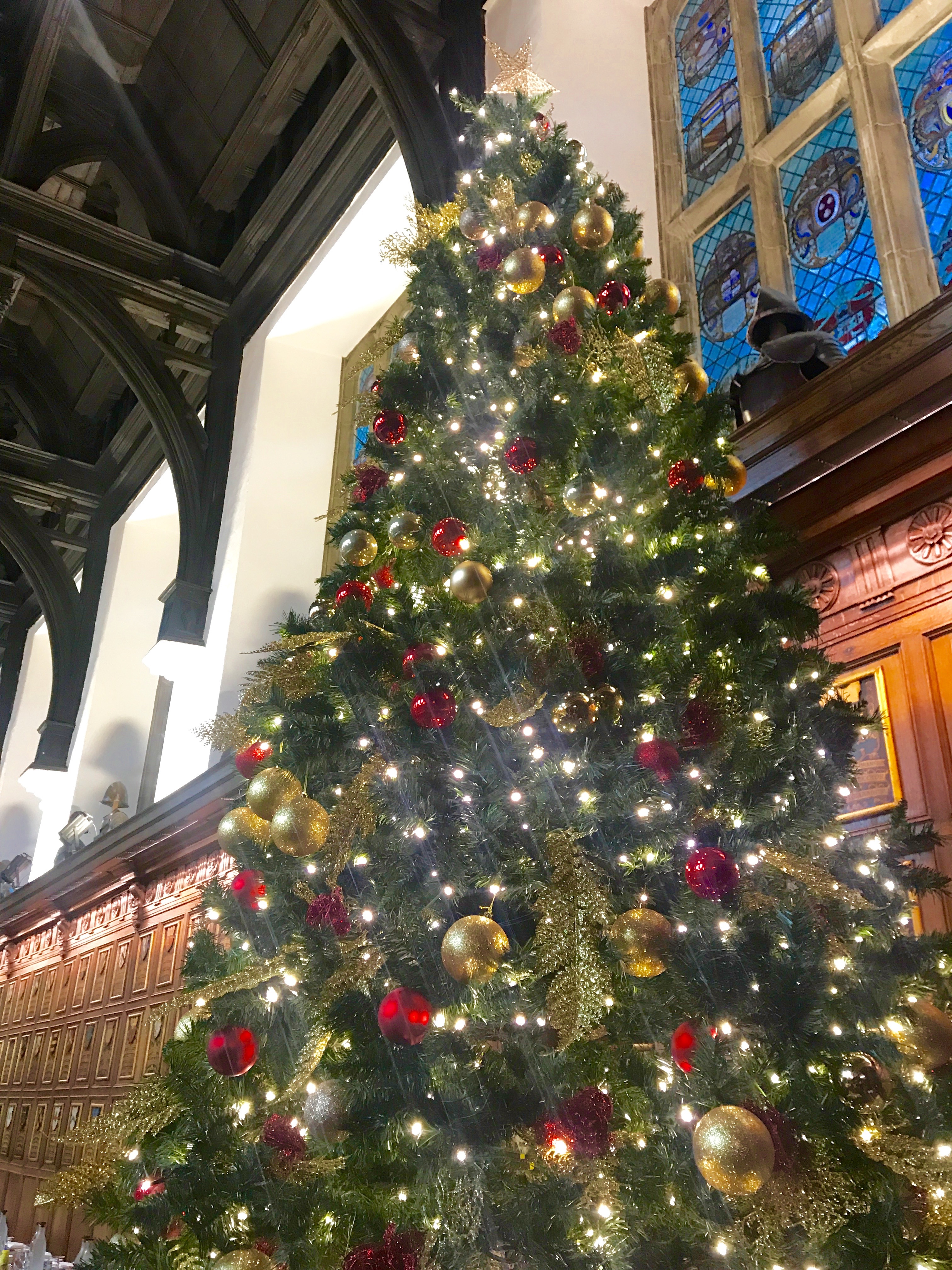 I was invited as a guest to Middle Temple for a complimentary tour and lunch. Tours of Middle Temple last approximately one hour and can be booked by calling 020 7427 4820 or emailing events@middletemple.org.uk. If you’d like to combine your tour with lunch at Middle Temple Hall this should be booked in advance along with your tour and is subject to set times and dates.