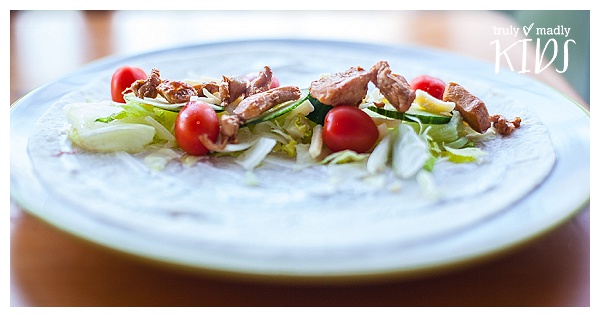 As much as I’d like to be, I’m just not that organised. In a parallel universe my other self is floating through her day, the scent of Chanel No.5 wafting behind her, she’s wearing chiffon and cooking up culinary masterpieces for her family without referring to any kind of recipe whatsoever. She does all this with perfectly coiffed hair, a full face of make up and, shock horror, silky smooth just shaved legs. The reality is that I just about manage to brush my teeth and throw some mascara on my albinolike lashes before heading out to one of my three jobs, not to mention getting the kids to school on time wearing the correct the uniform and matching socks. Then after a hectic day I hear those dreaded words…

It doesn’t matter what my reply is, there’s something always wrong with my answer. They wanted something else. There appears to be some form of vegetable on the plate. They had that at school. They had that last week. Why can’t they have ice cream first? Why can’t they have cereal? Such and such’s mum let’s them have pizza every night. It’s not in the shape of a rocket. It smells funny. It’s the wrong shape. Can they have what we had last night? It drives me insane. It’s not that they’re fussy either, even though I’ve painted a very different picture. To be fair, I can’t even decide what I want for dinner every night. If money was no object then the steak and accompanying lobster would feature rather prominently, but trying to find something that all 6 people will eat, within a specific budget, well, my brain hurts around the same time every day. 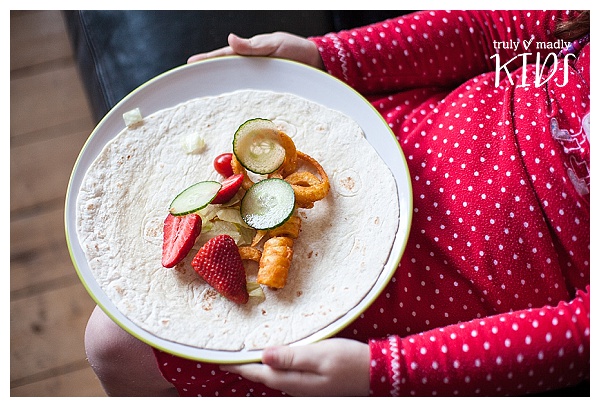 I’ve thought about a filing card system – writing a load of different meals on separate cards and blindly choosing from the stack each week to determine what the next 7 days menu will be. If we were boring I could do my best 7 meals on a rotation basis but where’s the fun in that? Please tell me I’m not the only one who feels like this? Maybe I DO just need to get out of bed an hour earlier and prep the dinner for that night. Maybe I just need to stop typing and peel some bloody spuds. I just need ideas people. Ideas.

My normal go to recipe, the I just can’t be arsed recipe, the easy to prepare recipe, is Fajitas. Never do I get any complaint. Ever. The best part is that everyone gets to make their own, they take exactly what they need, in fact if you look at the image above you’ll see that Violet has cucumber, curly fries, tomatoes AND strawberries on her tortilla. I didn’t say a word though and she wolfed three of those bad boys down. Aloof parenting at it’s best (in matters arising from food only!)

So, my contribution to the recipe pot are the great British Mexican Fajitas.

fajitas
fəˈhiːtəz,fəˈdʒiːtəz/
noun
1. a dish of Mexican origin consisting of strips of spiced beef or chicken, chopped vegetables, and grated cheese, wrapped in a soft tortilla and often served with sour cream.
Easy right? Healthy too. (Ok, ok maybe the curly fries aren’t technically healthy)
Any ideas will be gratefully received either by commenting below or tweeting us at @trulymadly7 and adding the hashtag #feedus