10 reasons to take your teens to Camp Bestival 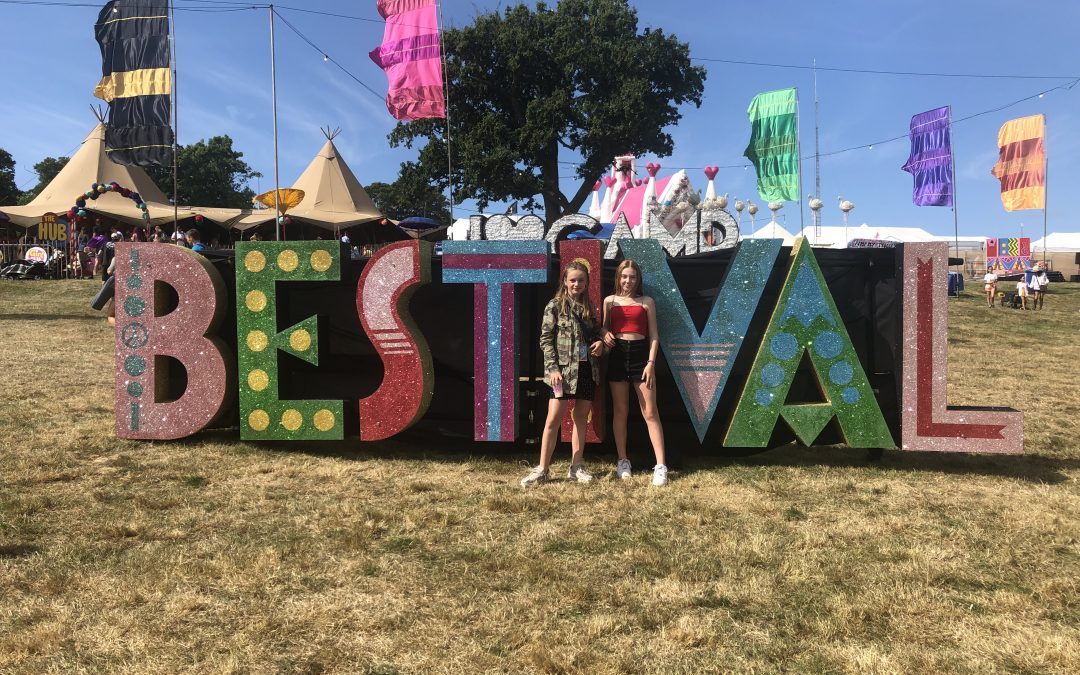 We are now quite seasoned in the world of festivals, having gone to Wychwood for three years in a row and Feastival last year. This year we were invited to much praised, Camp Bestival. In my mind, this festival had grown in popularity because of parents with young kids finding there was Mr Tumble on the stage for their little ones, whilst they could have a bit of dance to the likes of the Kaisers Chiefs whilst aforementioned toddlers slept in their trolleys. Therefore, I wasn’t sure it would work with my teenage daughter. However, it really did! And here are reasons to take your teens to Camp Bestival. 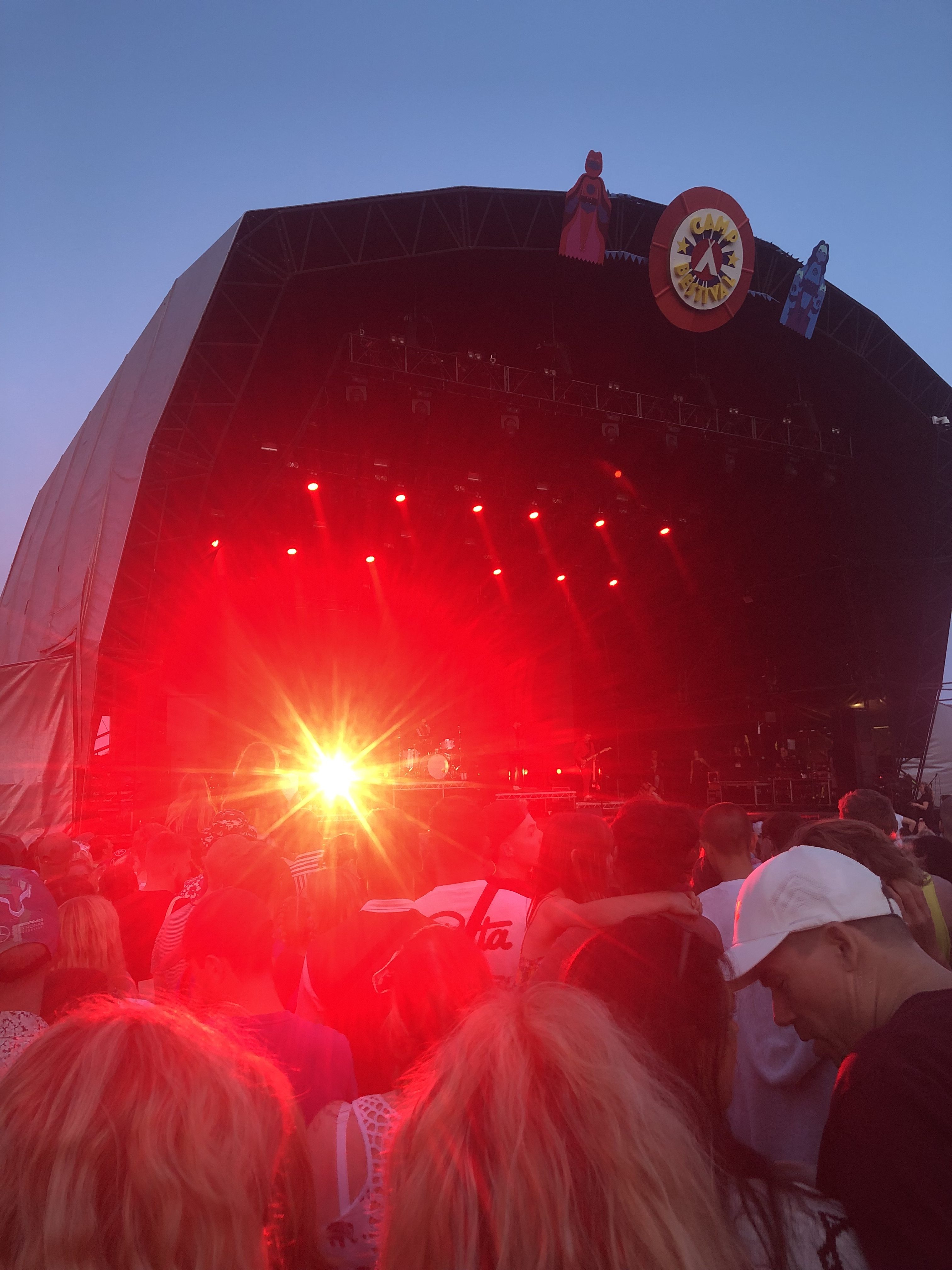 Music on the main stage

OK, this is obvious, of course the main stage is going to attract you. BUT Camp Bestival really thought about what acts they had on that would appeal to both parents and their teens alike. This year, we watched Jess Glynn and Lewis Capaldi (who was brilliantly hilarious and great at getting the whole crowd to sing along) but also Nile Rogers and Chic and The Wailers. To be honest, the girls loved Nile Rogers far more than they thought they would and we found ourselves dancing along to all types of music from all different decades: That’s the magic of Camp Bestival. 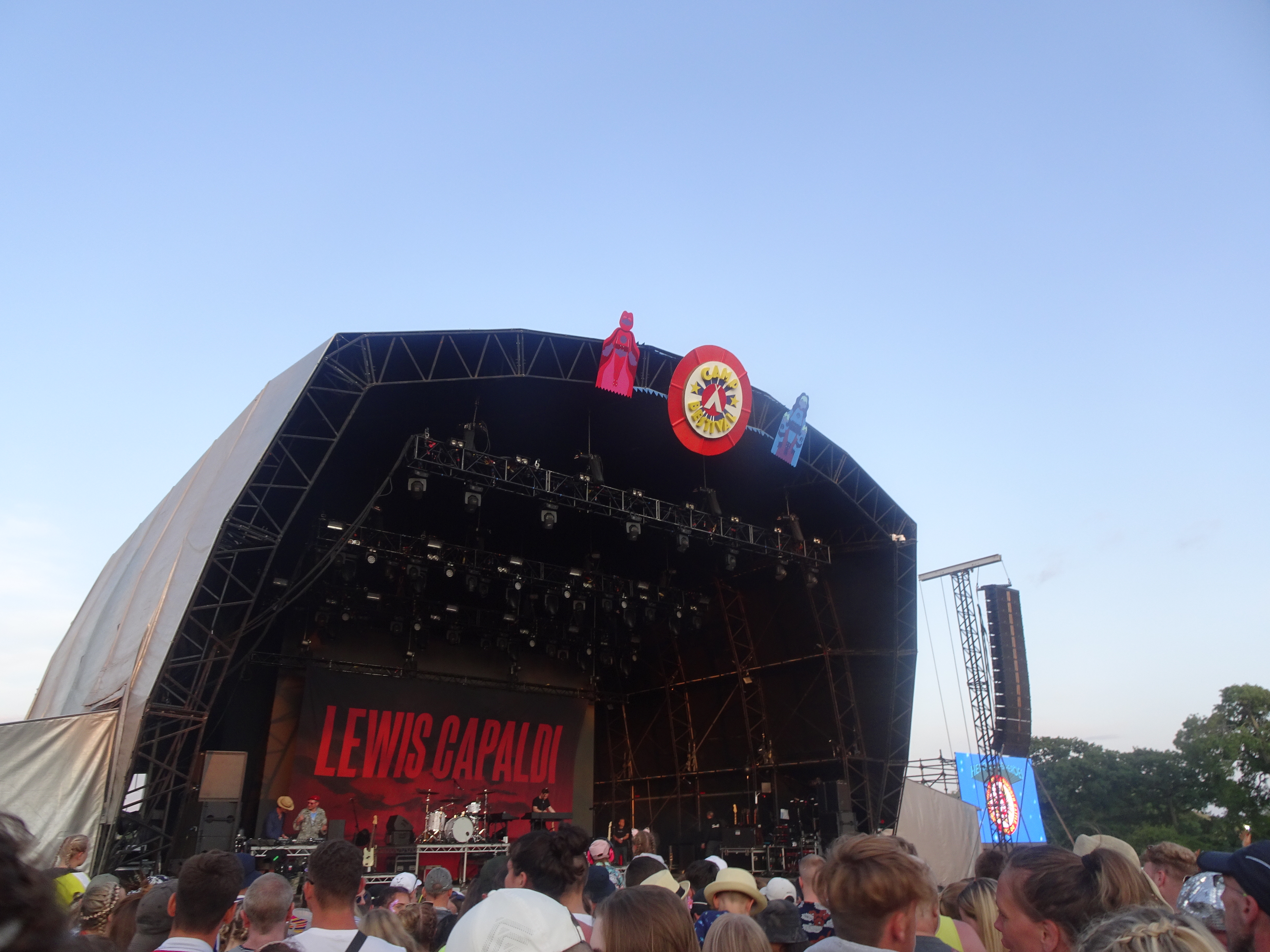 There are many ways to a teen’s heart, but one sure-fire way is FOOD!! In the words of my teen, Camp  Bestival is certainly not short on options. Over the weekend we ate sushi, macaroni cheese (with a dish dedicated to Annie Mac herself!), squid, pizza, paella and churros (not a festival unless you eat Churros, fact). There was a whole tent dedicated to food, The Feast Collective, as well as plenty of stalls around the entire site.  Both the teens and I enjoyed a cream tea, courtesy of the Women’s Institute!

This was a massive highlight for the teens. They visited on Saturday night, when Music.ly stars Max and Harvey had taken to the decks and were controlling one of the channels. And boy, did they get the party rocking! I really felt that this is where you begin to bridge that gap with your teens: Yes, you are the parent and you give out the boundaries, but there is still plenty of room to have loads of fun together and laugh and dance! Excellent fun, and I am now a total Max and Harvey fan. 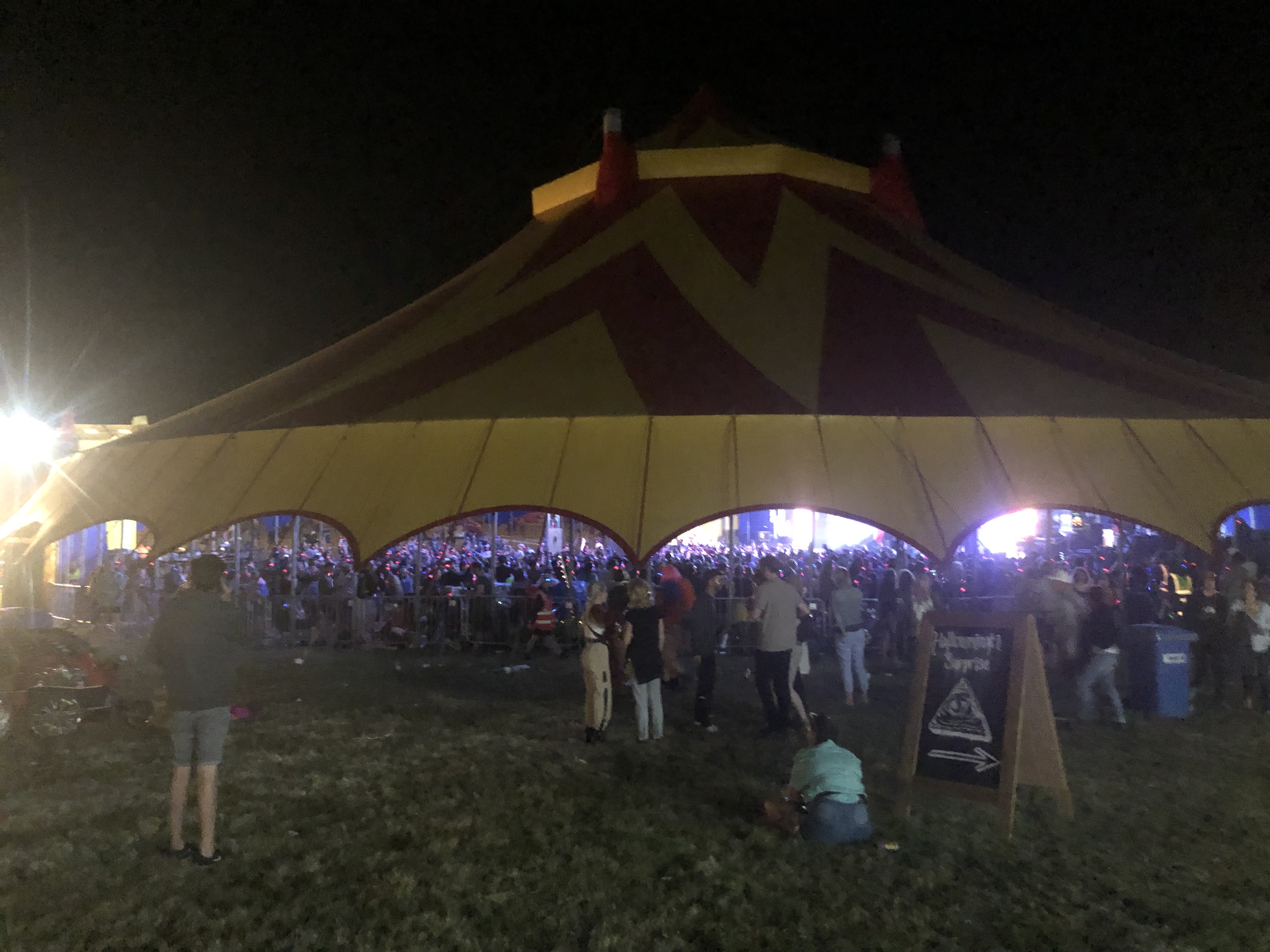 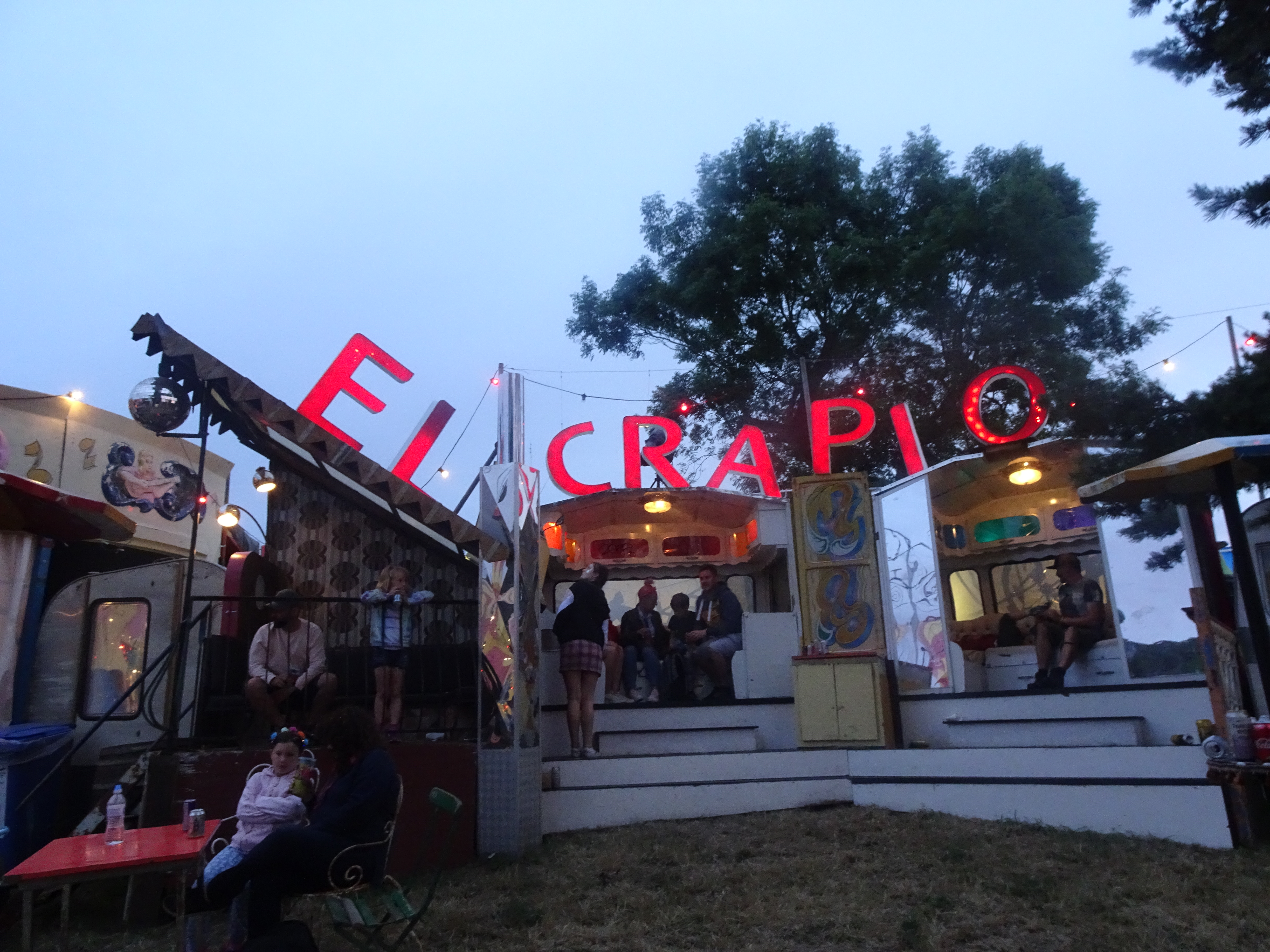 Hands-down, this is my favourite part of the festival, and both the teens liked coming here to have a bit of chill time, whereas I loved the quirky, off beat bands that were on the stage. A series of old waltzers, caravans and other unusual paraphernalia have been repurposed as little hangouts. Perfect for sitting in and watching the circus acts perform around you. I almost don’t won’t to tell you too much about this so you can delve in and discover yourself. 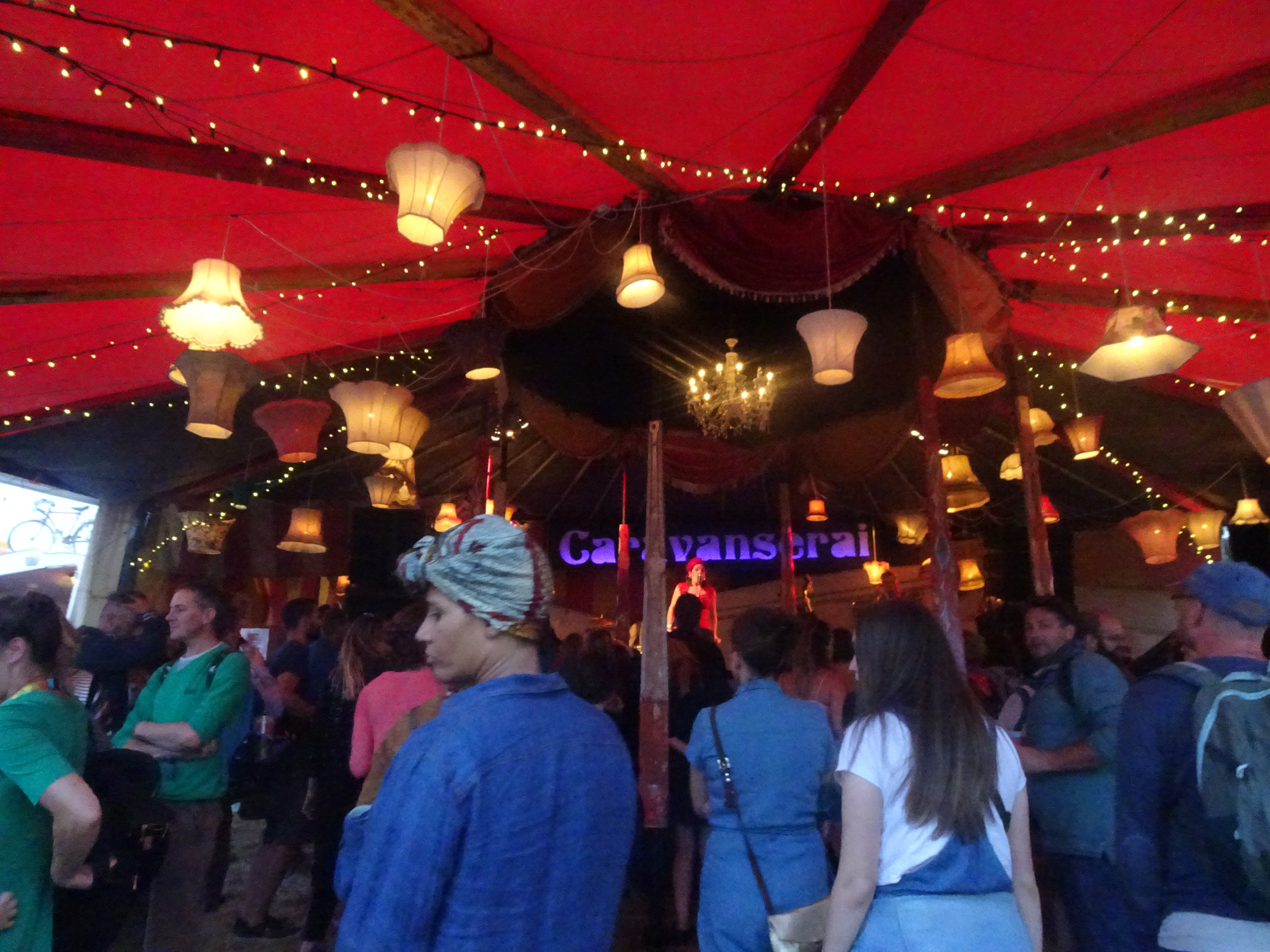 The action isn’t just at the main stage, there are two great tents for music: Bollywood for a good old fashioned rave (‘Is this music really from the 90s, it sounds so modern’ …). I particularly liked the close location of the bar to this tent … 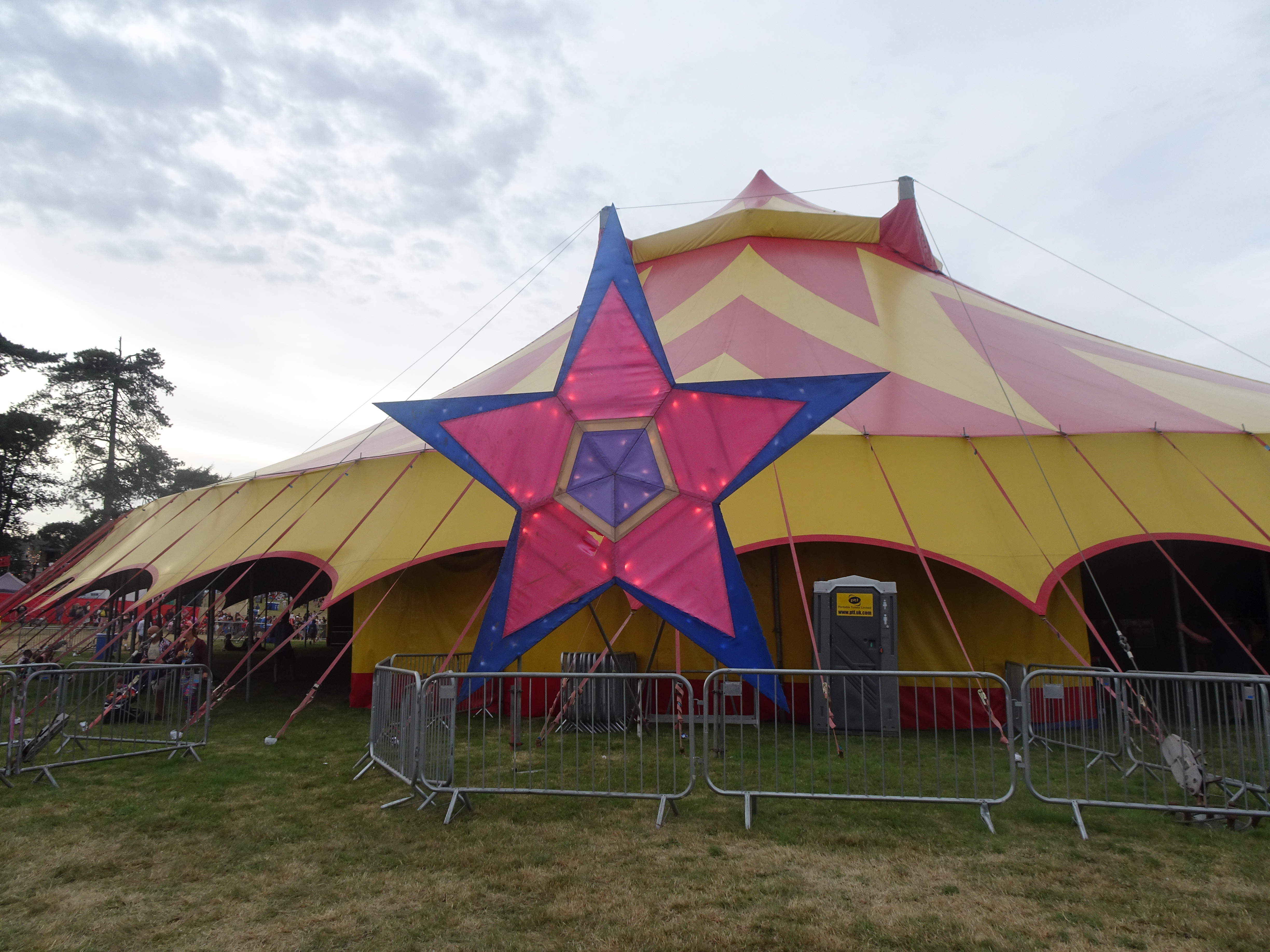 The Big Top also has a variety of acts going on, we loved Sara Cox and her 80s DJ set, and The Venga Boys were a surprising hit! 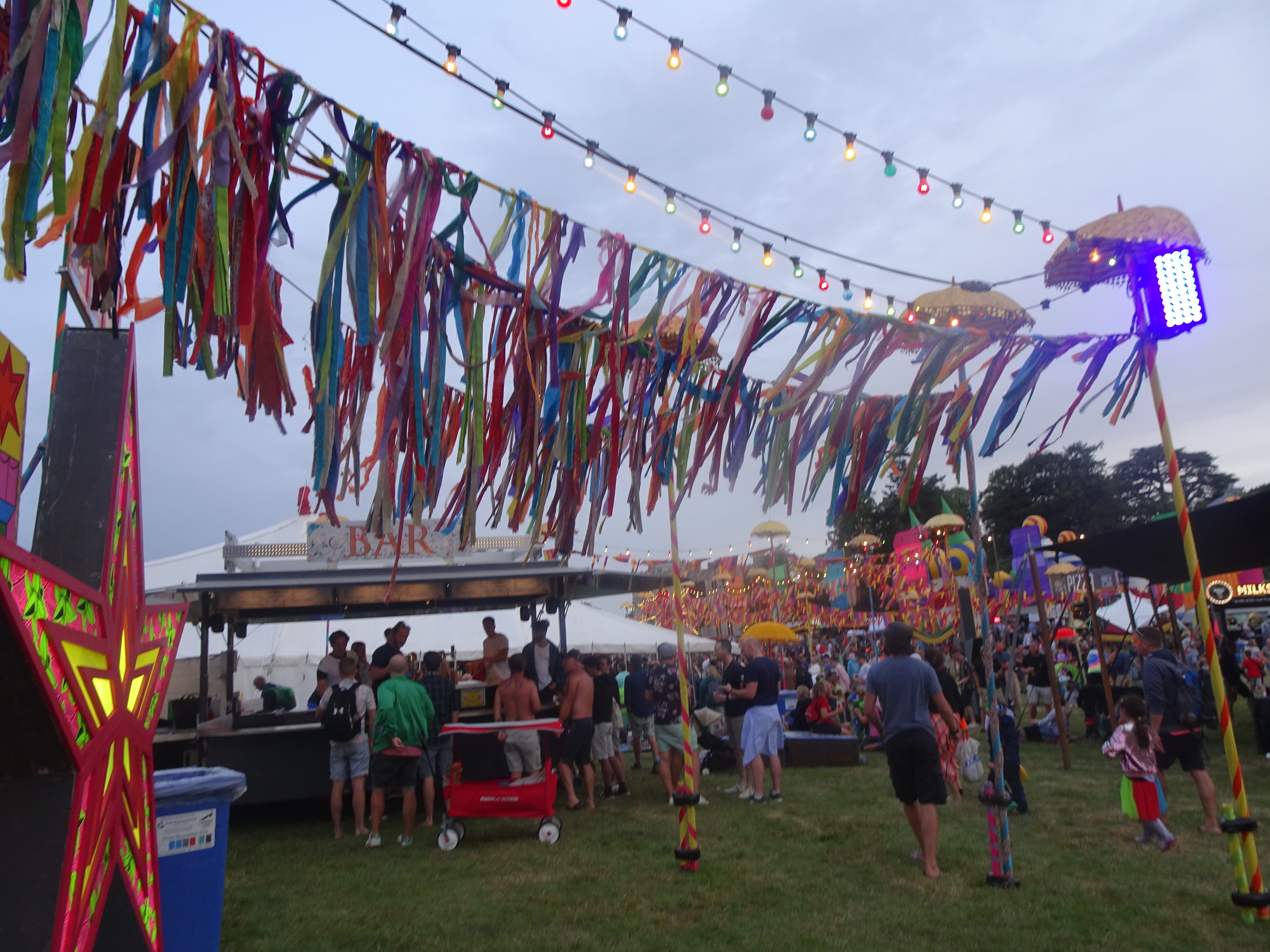 When you are a teen, there is plenty of fun to be had on a Ferris wheel, cake walk, the world’s biggest bouncy castle … you get my drift? 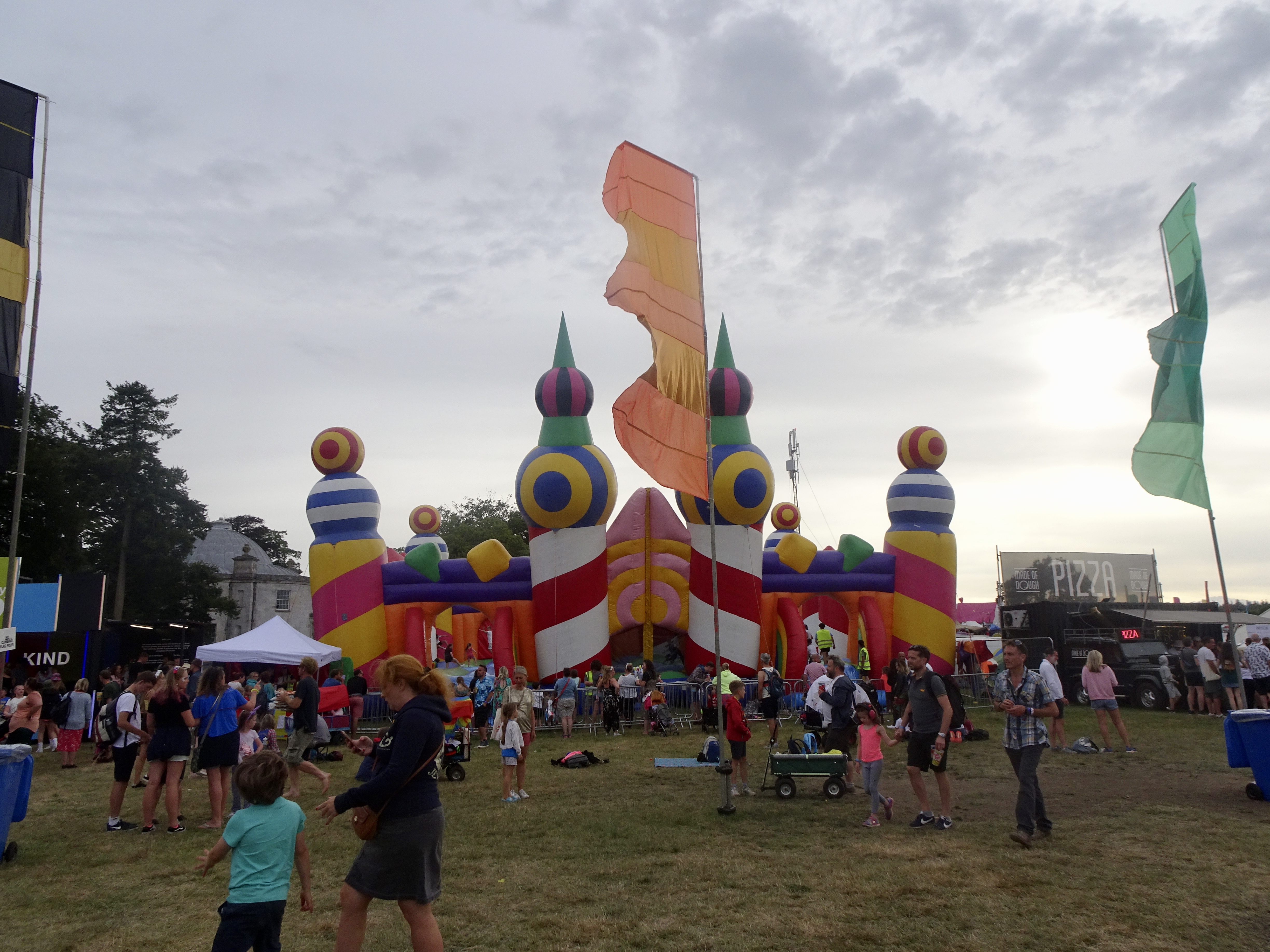 Camping (but lack of showers!)

We arrived at the site on Friday afternoon. Given that the site had been open since Thursday morning, you can imagine that the campsite was pretty full. However, that did not deter us, and we found ourselves a great spot roughly equidistant from the car park to the festival entrance.

The campsite is quite hilly, and dragging the stuff from the car to the pitch with a trolley was the best workout I’ve had in a fair while. Think about this when you arrive and how far you are prepared to drag your stuff! I was mighty glad when a campsite warden offered to help me drag my trolley up the final hill!

The campsite was pretty quiet, I was certainly not woken up ridiculously early or late and it was VERY clean – Camp Bestivallers certainly know how to clean up after themselves. My one criticism would be that there were not many showers, thus the queues were horrendous. Thank goodness for baby wipes and dry shampoo. 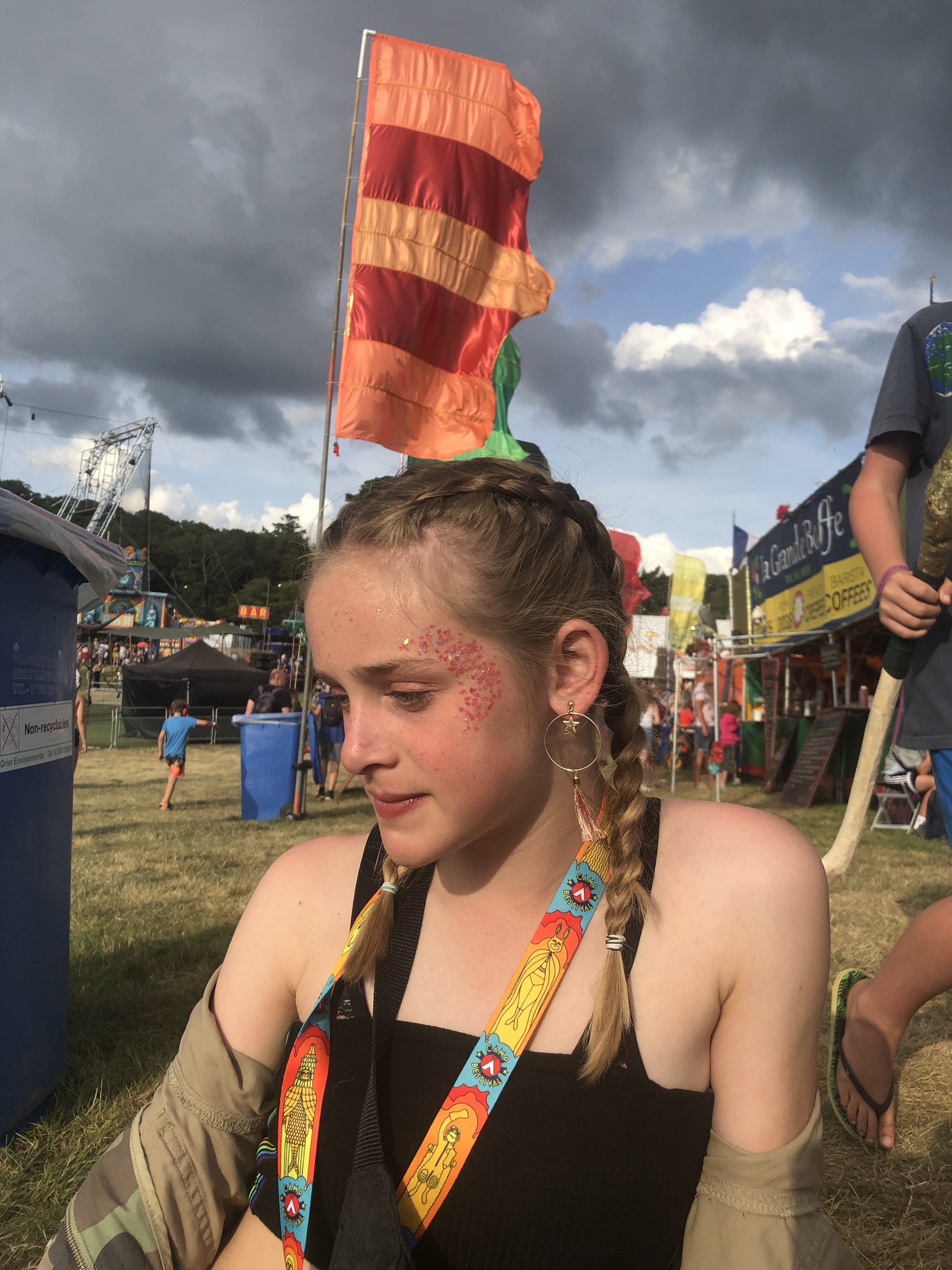 Like any self-respecting teen, it’s great to get your hair braided festival-style. There are plenty of stalls who will do this for you and you can add glitter too!! 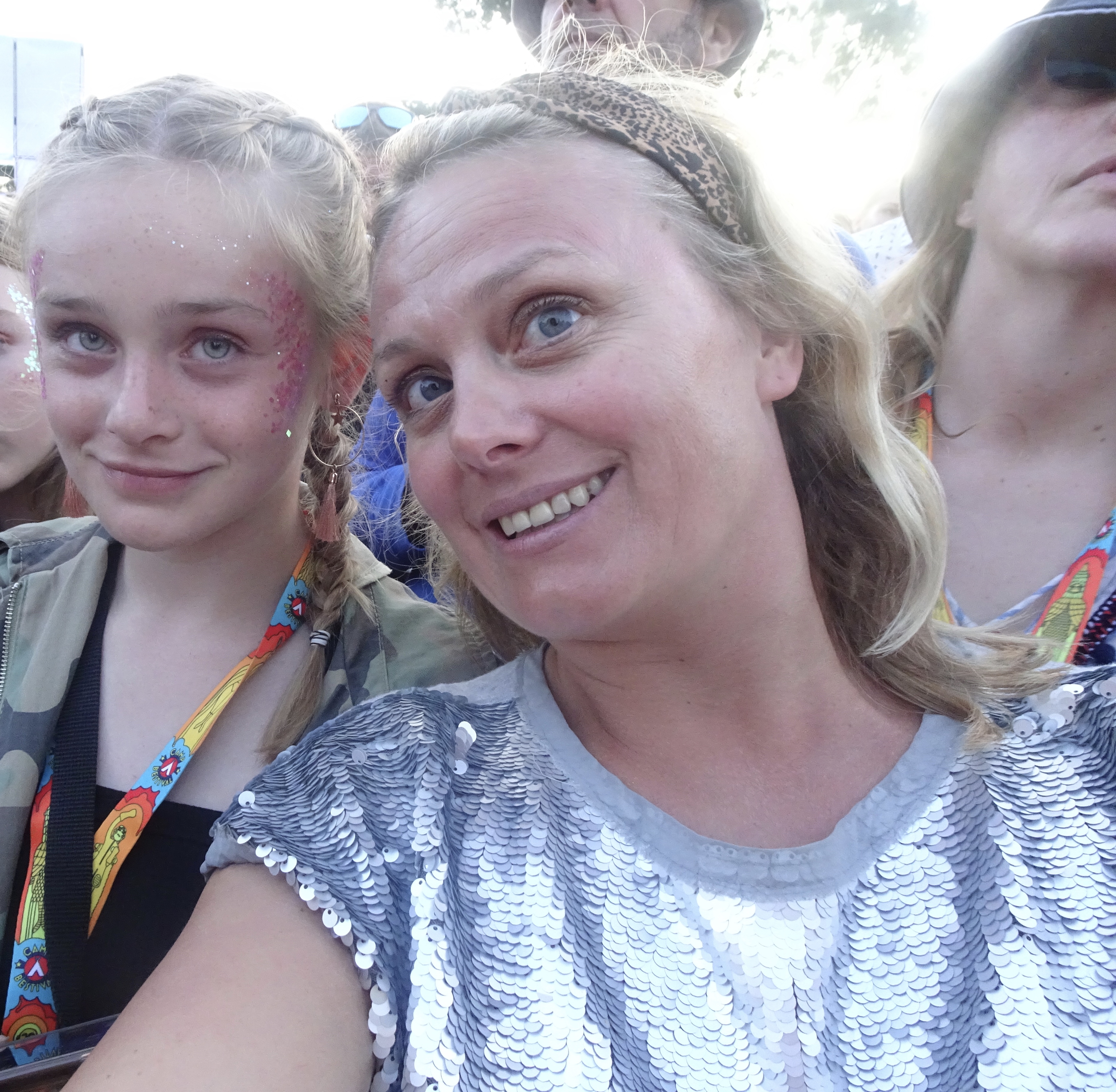 Many people have asked me how safe it was for the teens to wander about on their own. During the day, I had no problem with them going off and doing something and then we’d meet later. They chanced upon a great talk with Dougie Poynter on plastic free life, caught a few bands and explored the food stalls. Oh, and there was talk of ‘meeting some new people’, which I suspect was of the opposite sex … but apparently this was a highlight of the weekend!

During the evenings, I was always in the vicinity, but I felt happy giving them their own space too. We always walked back to the tent together at the end of the night. 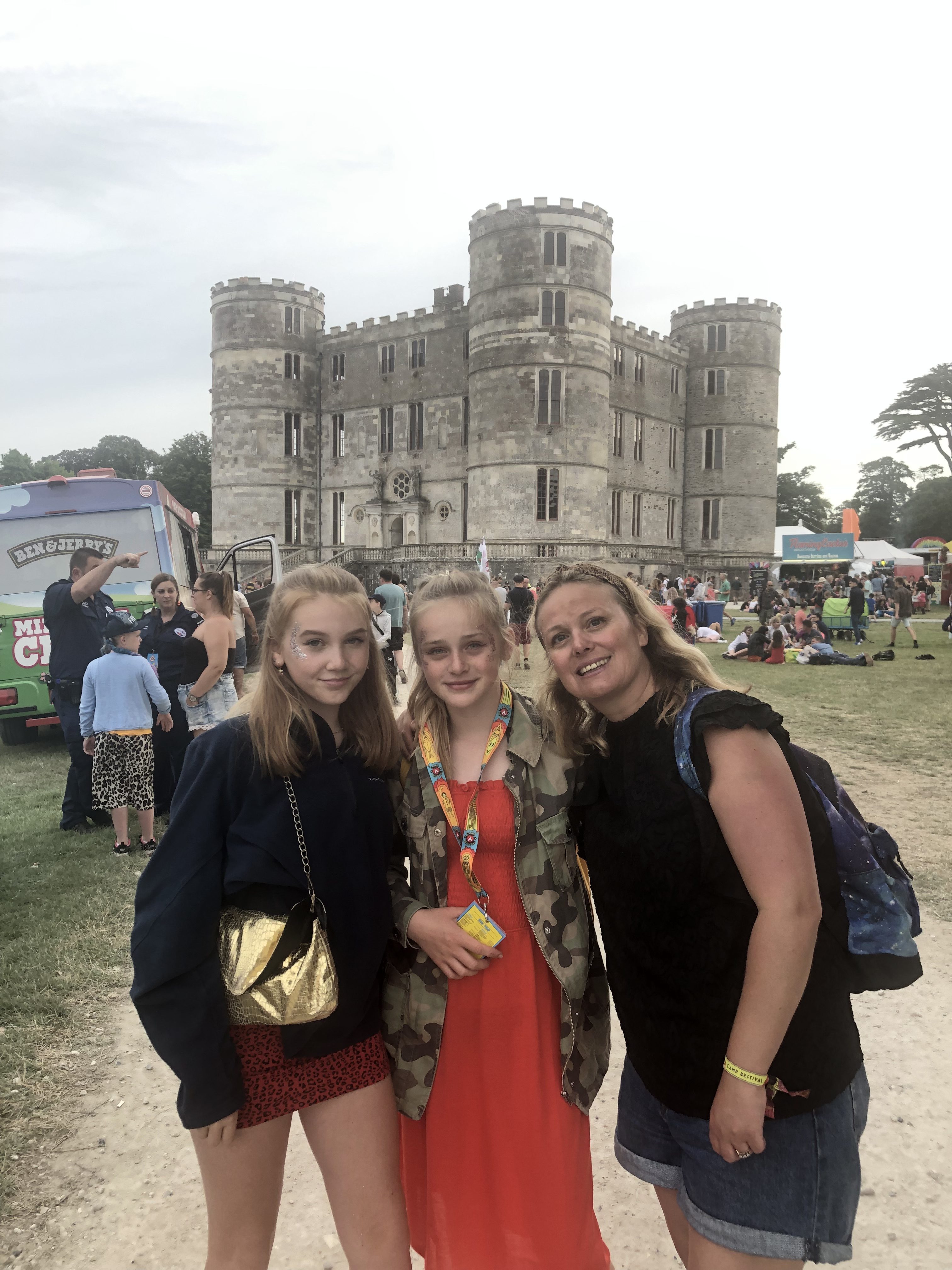 After the silent disco, one of the teens said ‘I just can’t stop dancing’. That is the power of Camp Bestival! However, there is always somewhere to dance, day and night! So many pop up DJs, acoustic players … keep your eyes peeled and your dancing feet ready! 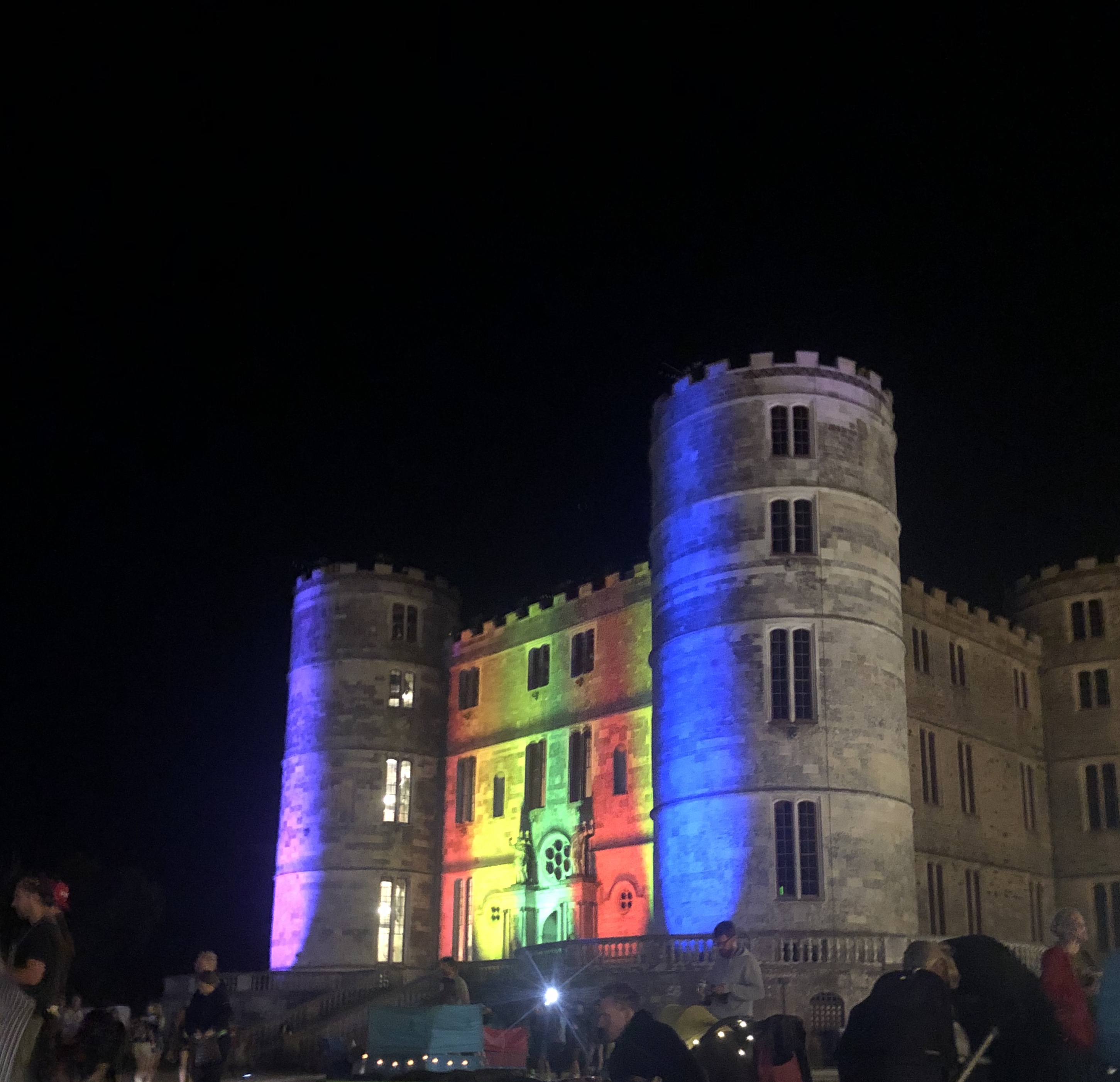 We were gifted tickets, but we made a contribution to the charities Camp Bestival support. Tickets are onsale for 2020, we highly recommend it! Visit Camp Bestival for more information. See you in 2020!